The Meeting of 2 Great Amazon River: The “White” Solimoes River and the “Black” Rio Negro River

An interview with veteran and founder of 4x4WorldExplorer.com, Mr. Thomas Foo revealed his admiration on his Brazil recce trip sometime last year. He chartered a plane to plan his journey from Argentina to Brazil and he stumbled upon one of the greatest phenomenon of the Amazon river. 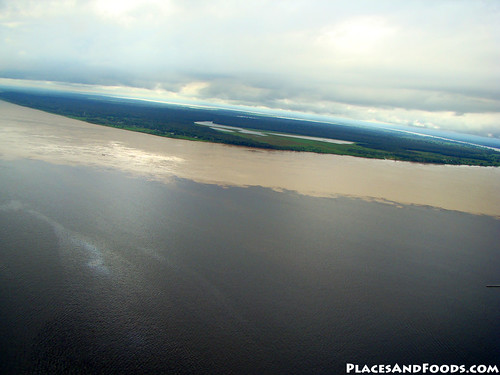 The meeting of 2 great Amazon river, the “white” Solimoes river and the “black” Rio Negro river.

This meeting point creates a mixture of white and black in colour of the river. The “white” water river are muddy and it looks more like a white brown in colour, similar to colours of the rivers in Malaysia. Thus, the “black” water river actually filled with humic acid from incomplete breakdown of phenol containing vegetation. 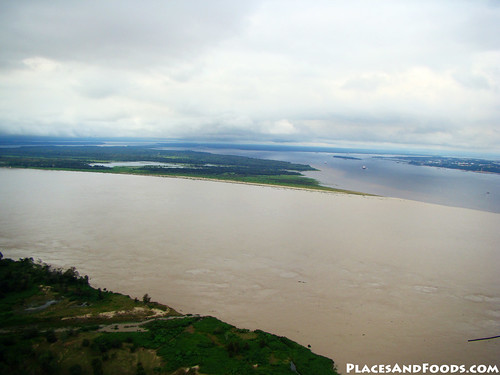 Picture taken from a chartered air plane by Thomas Foo.

The place of this natural phenomenon is called Manaus. It is a city in Brazil and the capital state of Amazonas. 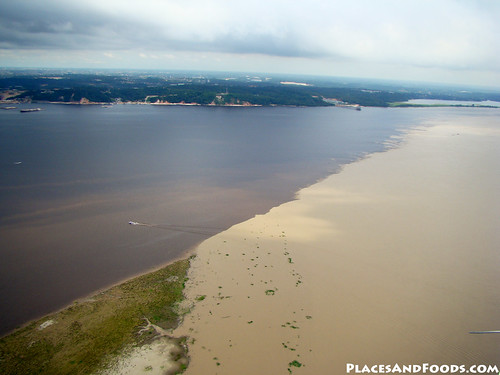 Look at the stretch of the meeting point of the 2 rivers. Colours could be clearly seen.

The mixture of colours of both rivers stretched miles and be visibly seen from the air. It is really similar to the colours of mixing a tea with coffee. To be able to see such phenomenon is priceless. 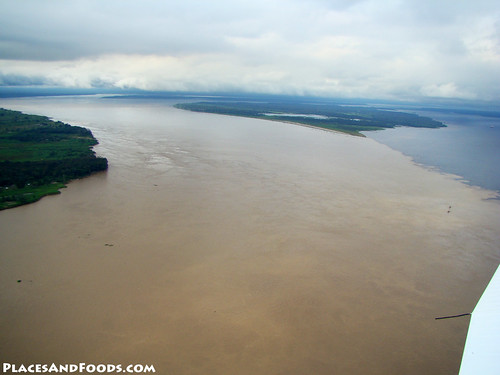 Another picture from the “white” side of the river. 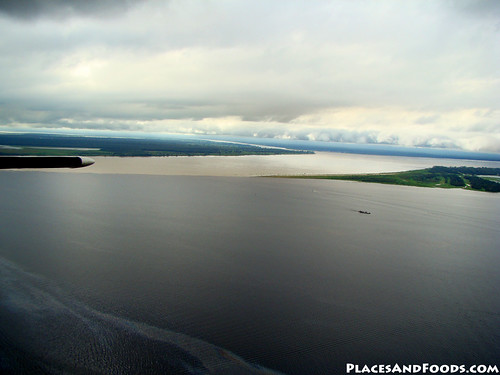 Look at how “black” is the colour of the Rio Negro river. Sources of the river starts from Colombia. 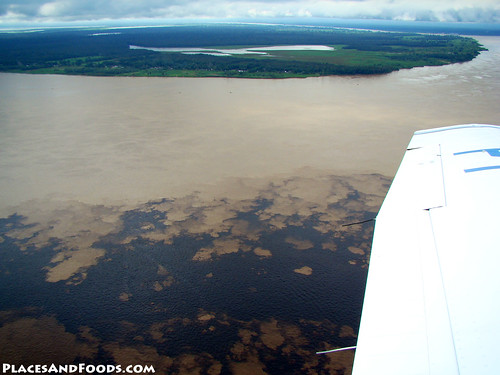 The effects of the mixture of the colours of both rivers. Amazing picture!

*Pictures are credit to Thomas Foo of the 4x4WorldExplorer.com group.*

4×4 World Explorer are veterans in organizing long distance 4×4 expedition styled adventure vacations. Since 1992 they have covered the continents of Asia, Europe, Middle East, Africa and the Americas. The Spirit of Adventure is the driving force behind their and please do check out their website at 4x4WorldExplorer.com for their latest South Africa expedition in 2011.

1 thought on “The Meeting of 2 Great Amazon River: The “White” Solimoes River and the “Black” Rio Negro River, BRAZIL”