We heard so much about Sea Shepherd or SeaSheperd.org on its battle with whalers around the world. Have we ever seen one of its vessels? I have recently in Constitution Deck, Hobart, Tasmania, Australia. 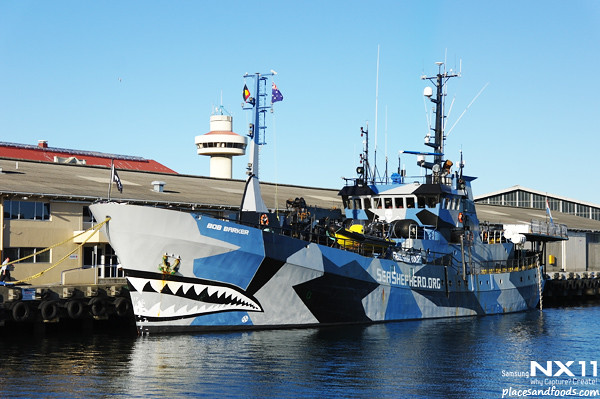 I thought it was a warship as it looks like one. Somehow it didn’t make sense as how can a warship docked on a public docking area? Well as I went closer, it was the Bob Cat, one of the vessels for Sea Shepherd Conservation Organization. 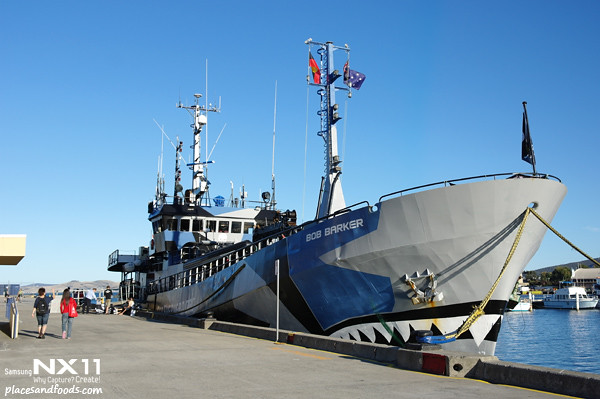 Who is Sea Shepherd Conservation Organization?

Sea Shepherd Conservation Society was formally incorporated in the United States in 1981 in the state of Oregon. Previous to this, the idea of Sea Shepherd was formed when Captain Paul Watson founded the Earth Force Society in 1977 in Vancouver BC, Canada. The original mandate of both organizations was marine mammal protection and conservation with an immediate goal of shutting down illegal whaling and sealing operations, but Sea Shepherd later expanded its mission to include all marine wildlife.

In 1978, with financial support from Cleveland Amory of the Fund for Animals, the Society purchased its first ship (a British sea trawler Westella) and renamed it the Sea Shepherd. Its first mission was to sail to the ice floes of Eastern Canada to interfere with the annual killing of baby harp seals known as whitecoats. In the same year, the Sea Shepherd hunted down and rammed the notorious prolific pirate whaler the Sierra in a Portugal harbor ending its infamous career as the scourge of the seas.

Since those early days, Sea Shepherd has embarked on over 200 voyages covering many of the world’s oceans and defending and saving defenseless marine life all along the way. – SeaSheperd.org

If you wandering how a whale looks like in Antarctica? Check out our exclusive stock pictures at Humpback Whale Pictures from Antarctica: 4x4WorldExplorer.com 2010 Patagonia-Antarctica Adventurel. Their mission is to protect whales like this from the whalers. 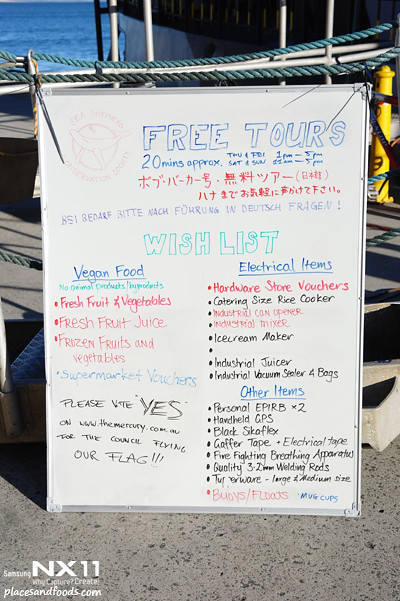 Although I thought I was lucky to bump into one of its vessels but my luck ran out as the visiting hours for the vessel was over. 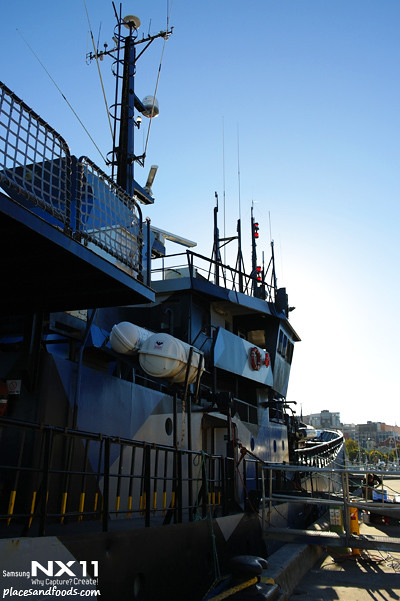 It was a close call as it was as close as I can get onto the vessel but probably it will be another time for such chance. Hope you all like my pictures of Bob Cat as my battery ran flat after these pictures.

SeaSheperd.org is one of the most active anti-whaling organizations with many of its battles with whalers make headlines to many newspapers around the world. 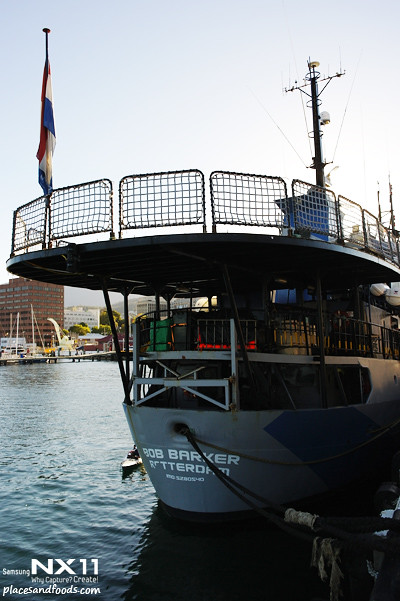 If you are interested into anti-whaling or interested to make some contribution or donate to this organization, please visit  SeaSheperd.org