The Kuala Lumpur International Music and Light 2012 Video at the Esplanade, Suria KLCC

It was a pure coincidence when we were shopping in Suria KLCC yesterday. It was the final day of the Kuala Lumpur International Music and Light 2012 at the Esplanade, Suria KLCC in the conjunction of 25th World Gas Conference – the first in South East Asia. 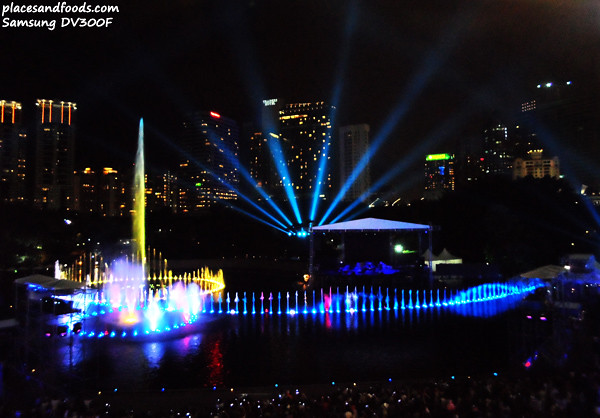 The Kuala Lumpur International Music and Light 2012 took place from 4th to 8th June and it was a crowd puller.

The Kuala Lumpur International Music and Light Festival 2012 will have a dazzling showcase of the largest light installation, dancing fountains, water screen, pyrotechnics and multimedia lasers displays, video mapping – projecting advertisements and branding on Suria KLCC.  This festival will also bring together international and local musicians creating music on a single platform, whilst at the same time, promoting the theme.  – http://wgc2012.webcrunch.my

We didn’t cramp with the crowd at the Esplanade. Instead we went to the food court on upstairs and watched the show. Hence, we had a better top view of the show but we missed out on the music. You can watch the video below taken with the Samsung Smart Camera DV300F.

This high resolution HD video is one of many simple functions of Samsung smart camera DV300F including auto backup, WIFI and social media network sharing.

We regret that the video didn’t come with the actual music. We do hope you enjoy the video. 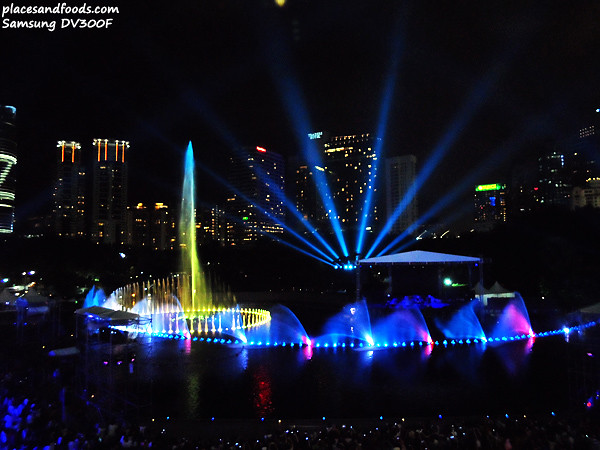 How to get to Suria KLCC

Suria KLCC can be accessible via public transportation like public buses and Putra LRT line KLCC Station. There is a direct link between KL Sentral Station and KLCC Station