In the past few years, I have visited numerous vineyards in the southern part of Australia. The list includes places like Yarra Valley, Barossa Valley and Tasmania. However, I never had the chance to taste the wines from the western region of Australia.

It has been a while since I’m invited for a wine pairing dinner in Malaysia. I have been busy with work and Rachel’s pregnancy and it is hard to find time for food reviews nowadays. However, I could not reject an invitation for Cape Mentelle’s Wine Pairing Dinner at NEO Tamarind. It is one of the finest wines from Western Australia. 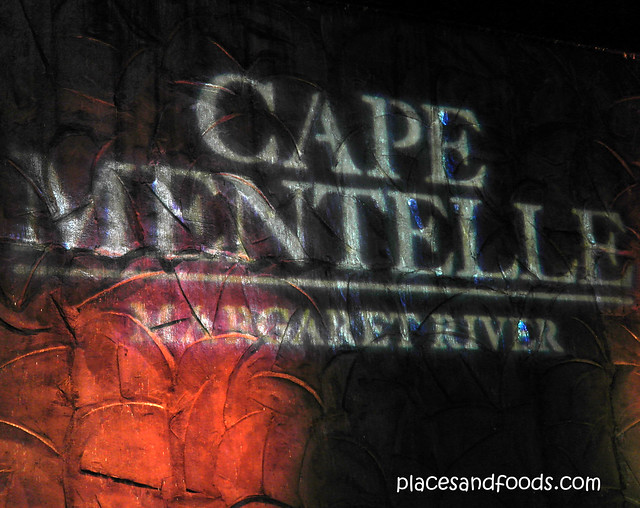 The winery takes its name from the nearby Cape, named by the French ‘Baudin Expedition’ which charted the coast of Western Australia in 1801. They named the Cape after two notable French scientists, geographer Edmund and his cartographer brother Francois-Simon Mentelle, who lived in Paris in the early 1700’s.

Wine industry pioneer David Hohnen and his brothers Mark and Giles established Cape Mentelle Vineyards in 1970. Our phenomenal Cape Mentelle journey started small with just 16 hectares of vines planted on what is now referred to as the ‘Wallcliffe Vineyard’. – http://www.capementelle.com.au 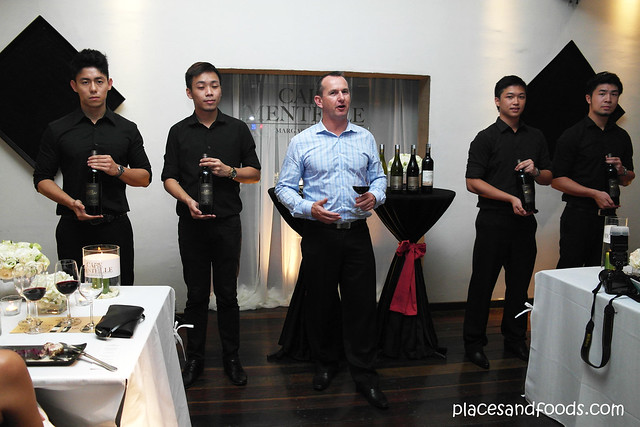 During the dinner, I met up with viticulturist Ashley Wood. Ashley Wood was born and raised in Western Australia, growing up in the Swan Valley and the Perth foothills. He is passionate about the region and in particular the Margaret River terroir. Ash firmly believes that the superb quality of the fruit grown in Margaret River is a unique reflection of this. Ashley travelled extensively overseas and during this time visits to Bordeaux and Alsace fuelled an interest in grape growing. On his return home he enrolled to study for a Bachelor of Viticulture at Charles Sturt University in New South Wales. Ash then spent 12 years working in vineyards in Margaret River before joining the team at Cape Mentelle just in time for the 2007 harvest. Coincidently, I studied in the same university with Ashley and we had a little chat on our experience studying Wagga Wagga.

It was a night to celebrate as I got to sample 5 variations of Cape Mentelle Wines. They are Chardonnay 2011, Cabernet Merlot 2010, Shiraz 2011, Sauvignon Blanc Semillion 2012 and Cabernet Sauvignon 2009. 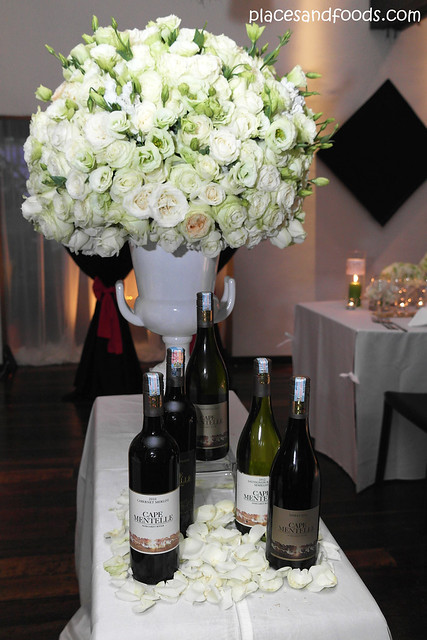 Everyone was served with Sauvignon Blanc Semillion 2012 and it carries soft and bright with abundant fruit including lime and white melon with subtle savoury, smokey characters leading to a fine, long and elegant finish. Great choice before dinner. 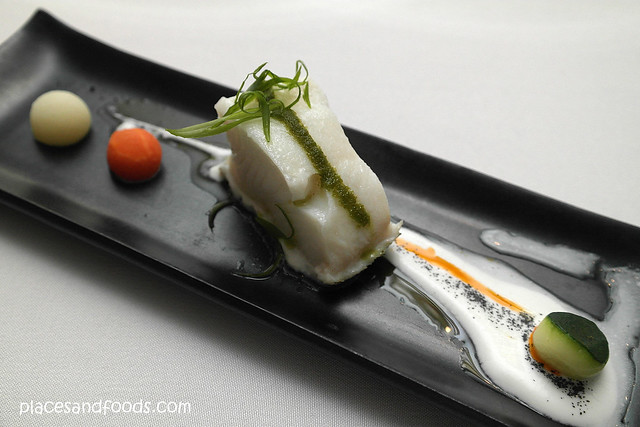 Steamed White Cod with Coconut Herbs Reduction Paired with Chardonnay 2011. Surprisingly, the white cod was bland and it took me by surprise. It should be juicy with its fresh flavours but this was otherwise. However, the Chardonnay 2011 made up with its vibrant flavours of lemon curd, pears and citrus blossom persist. 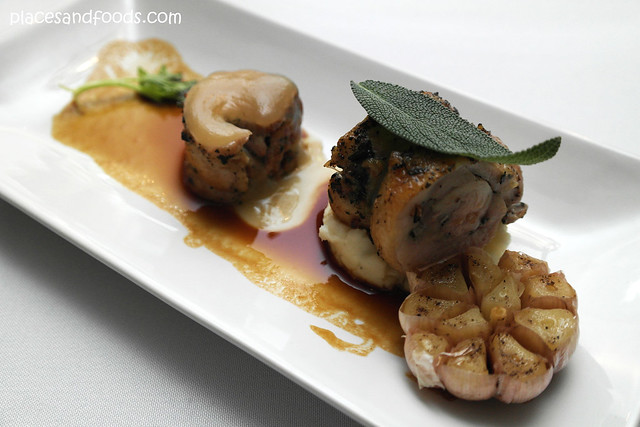 Roasted Chicken served with Garlic Bulb, Whipped Potato, Apple Sauce with Chicken Jus Paired with Cabernet Merlot 2010. Unlike the fish, the chicken was lovely. Cabernet Merlot 2010 has a distinctive vibrant, fruit-driven wine with distinct blackcurrant and satsuma plums plus a touch of lavender, leading to a medium to full bodied palate with soft and elegant tannins. A satisfying gravelly structure balances the fresh fruit characters to provide length and complexity. 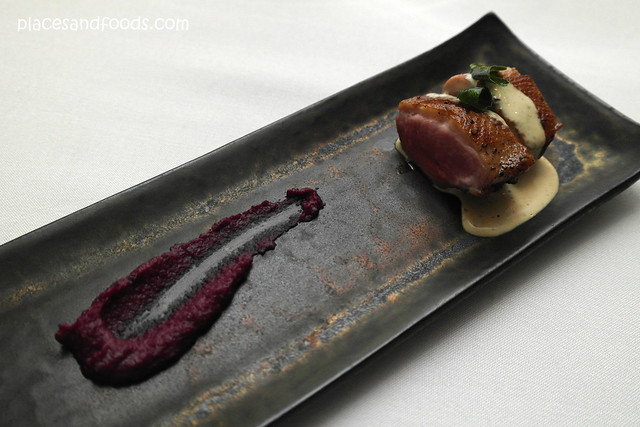 Roasted Duck Breast served with Red Cabbage Puree & Mustard Sauce Paired with Shiraz 2011. Another beautiful dish, the roast duck breast was juicy and I loved how it went well with the puree and better still paired with Shiraz 2011. The wine is a wine of great depth which has mulberry and blueberry fruit supported by a touch of dark chocolate and liquorice. The structure is fi rm and savoury with the sweet berry fruit balanced by a long, spicy finish which is bright, fruit driven and sure to age very well. 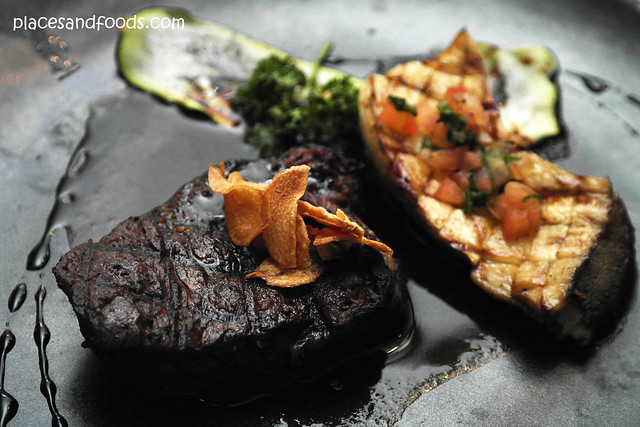 Grilled Beef Tenderloin served with Eryngii Mushroom, Scallion Oil & Beef Jus Paired with Cabernet Sauvignon 2009. While some of the guests had their beef tenderloin overcooked, I’m the lucky one with the perfect grill. The Cabernet Sauvignon 2009 is a full bodied wine of great depth and integration, ripe fresh black fruits combined with many subtle flavours including plums, chocolate and aniseed. 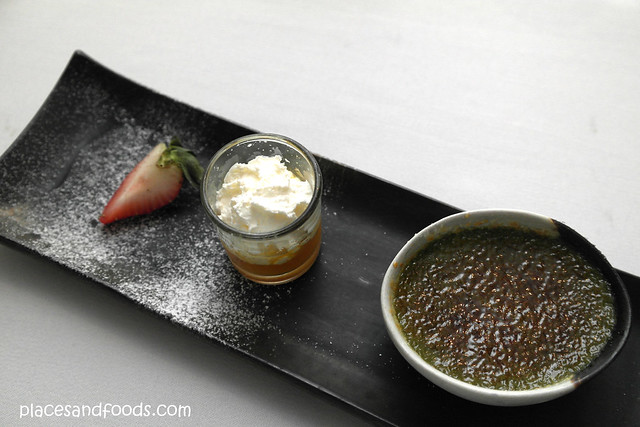 Green Tea Creme Brule is the last. I enjoy cracking the top layer of the grean tea crème brule, a simple dessert to end the wine pairing dinner in a sweet note. 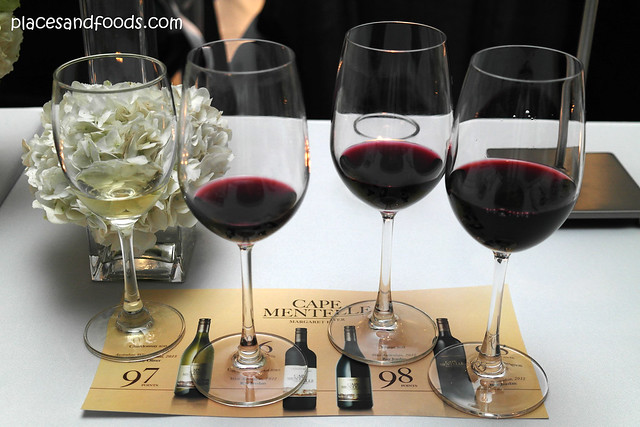 Today Cape Mentelle, as part of Estates & Wines (owned by Moët Hennessy Louis Vuitton), continues to build on its solid foundations. There are more than 150 hectares under vine and the winery crushes about 1,700 tonnes of fruit from the estate vineyards and contract-grown fruit sourced from within the region.