Mr Suwat Kumwong, 56, has been appointed the new Director of TAT Kuala Lumpur Office in charge of Malaysia and Brunei Darussalam. He takes over from Mr Wiboon Nimitrwanich, who is completing his four-year term in Kuala Lumpur in August.

After obtaining his Bachelor of Architecture, Mr Suwat worked as a freelance architect before joining the Tourism Authority of Thailand as a Tourism Planner in 1983. In 1991 he was promoted to Chief of the Government Investment Section before assuming the position of Director, Project Planning Division in 1994. 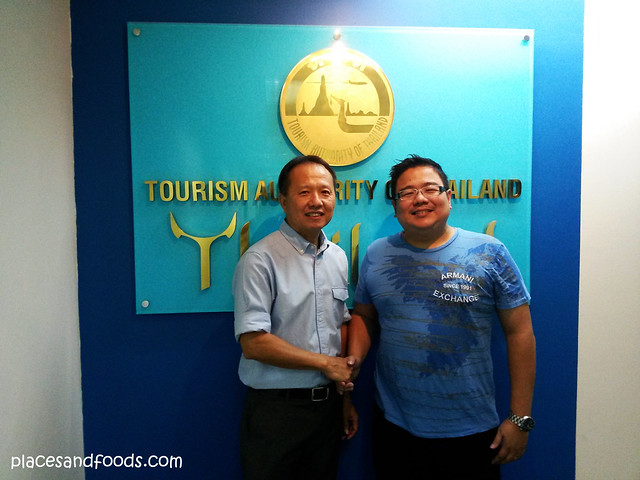 Seven years later, Mr Suwat was transferred to Germany as Director of the Frankfurt Office and upon his return in 2005 he was the Director of Investment Planning. Two years later he left for Stockholm to further his studies, where he obtained his Masters in Urban Planning.

In 2012, he returned as Director of the Investment Planning Division, a position he held until his transfer to Kuala Lumpur.

Mr Suwat is also a columnist and illustrator for TAT’s monthly magazine, writing under the pen name Alien Architect.

I just met up with Mr. Suwat Kumwong and we shared many great experiences and stories in just a short moment. He is an honest and friendly person and I will be looking forward to work together with him and TAT in near future. TAT has been a great supporter to our blog site. 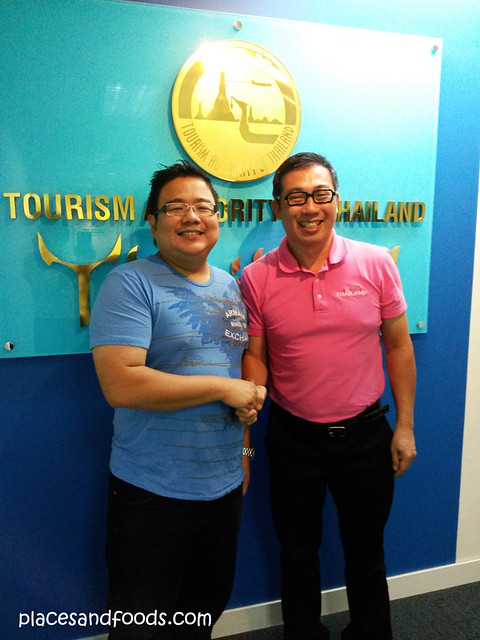 Lastly, Mr. Wiboon Nimitrwanich is a great friend and we traveled together to Rayong on a media trip. He is friendly, humble and a good cook. He has cooked for me and my family in various occasions. We wished him all the best with his new career in Bangkok and I’m very sure that I’m going to meet up with him soon! All the best Kun Wiboon, I’m going to miss you!