Barcelona was never a destination in my bucket list. My best friends visited the city and told me many great stories about it but it didn’t strike me as a great city to travel until I got to know the name, Antoni Gaudi. He is a Spanish Catalan architect and many of his works can be seen in Barcelona especially Sagrada Familia. 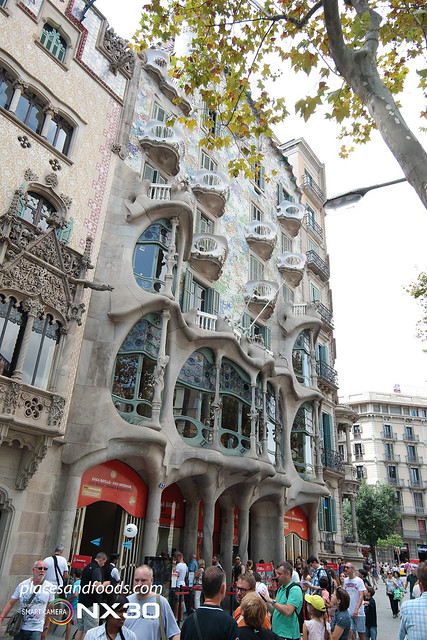 There are quite a few masterpieces influenced or designed by Gaudi in Barcelona and one of them is the House of Bones or Casa Batlló. It was built in 1877 by Gaudi and redesigned in 1904. The building is more than one hundred years old! 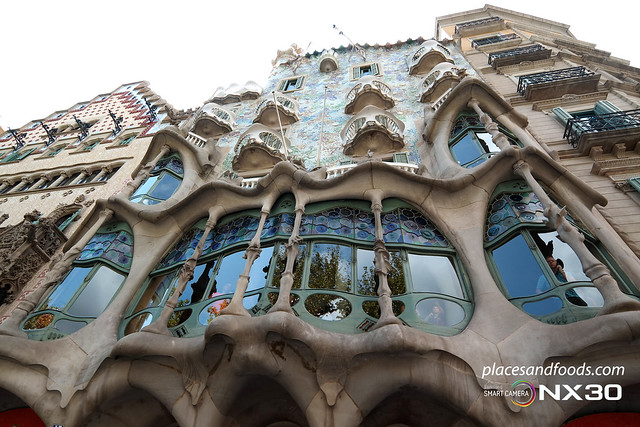 We didn’t enter the building as we run out of time. Thus, we did a bad decision for not spending enough time in Barcelona and maybe we should return to this beautiful city one day. 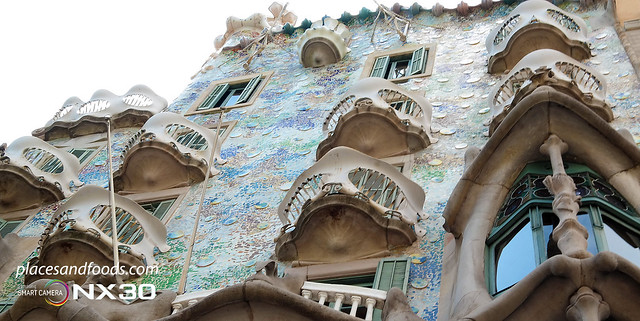 The building is one of its kind buildings with bones like design on the exterior. As it is located on the busy Passeig de Gràcia, there are many tourists who stopped by to take photographs of the exterior. Most of the hop on hop off bus stops here and this is just a block away from the popular tourist destination Placa Catalunya. 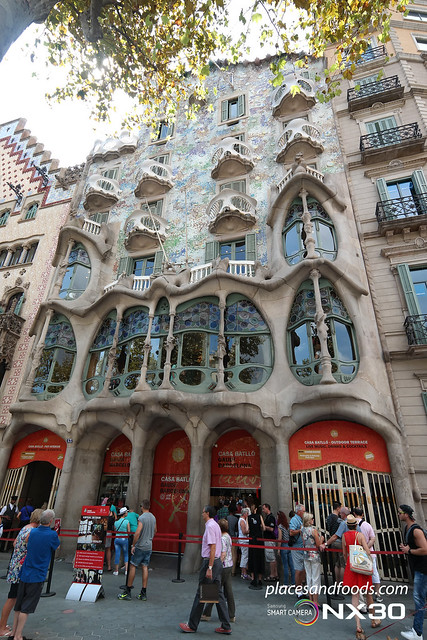 Try to visit the building in the evening as it will be showered by lightings and it transformed to different iconic building. If you have time, you can venture into the interior of the building and there are plenty to see inside especially on the rooftop. This is something we regretted not doing because of our limited time in Barcelona.

In 2005, Casa Batlló became a Unesco World Heritage Site. General ticket is from 21.5 Euros for adult per person. For more information, visit http://www.casabatllo.es/en/