Remember we blogged about why do Thais Love Their King (after the passing of His Majesty King Bhumibol Adulyadej)? We blogged about the Royal Projects the late Thai King did for his people and Chang Hua Man Royal Project in Phetchaburi Thailand is one of them.

The trip to Chang Hua Man Royal Project was a media trip by TAT (Tourism Authority of Thailand). During the tour around the Royal Project, I overheard a media from China saying why do we visit farms like this? Well, I don’t blame him as he probably never visited Thailand and do not understand the history of the late Thai King. In China, it is almost impossible to Google so probably he can’t find information about the royal projects. 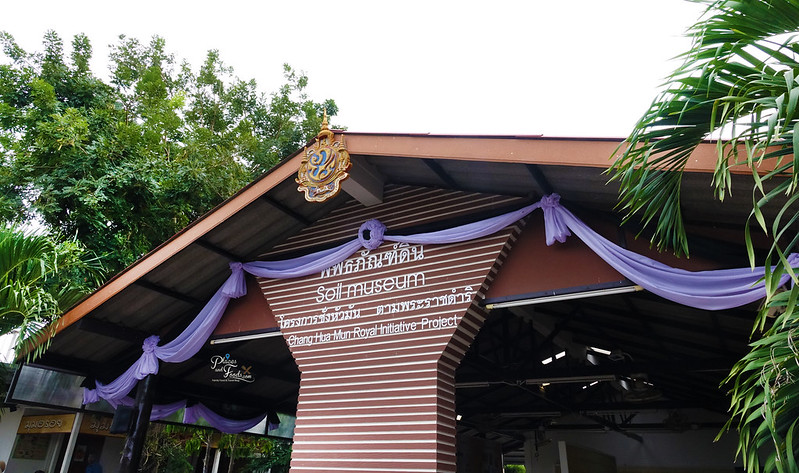 For starter, a dairy farm was established to raise cows to encourage local farmers to expand into dairy farming. From there, it expands to fruits farming and research and more. The Royal Project is aimed at improving the lives of farmers in Phetchaburi and other nearby provinces.

In Thailand, the government won’t give money to the poor as the late Thai King will educate them, teach them and let them stand on their feet and work for their money. When they succeed, they will educate, share their knowledge and help the othersHow long can a government spoon feed the poor? Five years? Ten years? Thus, Chang Hua Man Royal Project in Phetchaburi is a long term solution of upgrading the lives of the poor and also producing good local produce into the market, transforming a land to an agriculture land, creating jobs for the others and inspires the others to work and to become successful. This is the true meaning of Chang Hua Man Royal Project in Phetchaburi Thailand and why it is so important.

You can do the farm tour and you will visit the dairy farm, the fruits orchard and also the wind energies. This whole project is about organic and sustainability. This is the vision and the dream of the late Thai King for his people.

That’s why there are many busses of locals visiting this place. Furthermore, the entrance is only 20 Baht per person. There is a supermarket near the entrance where they sell most of the local produce here. This is the perfect place for shopping.

The video below is the highlights of our media trip by Tourism Authority of Thailand. Thank you TAT.