Just a few hours ago, a second incident involving AirAsia X happened in Australia. AirAsia X D7207 bound for Kuala Lumpur from Gold Coast Australia made an emergency landing after its right engine ‘exploded’ right after take off. However, it was confirmed that it might caused by birds strike.

According to Facebook user Eric Lim who was on the plane during the incident and he posted on his Facebook as the following happens.

‘D7 207 AirAsia X bound for Kuala Lumpur from Gold Coast has just landed safely in Brisbane due to right engine exploded right after take off.

Successive sparks boom boom boom went off and people were crying and screaming.

We are all safe awaiting further update.

[Update 12.21am]: cleared immigration and waiting for bag

[Update 12.40am]: going to stay the night in Brisbane, although still no update on the arrangements.

[Update 1.45am]: Transport and hotel is being prepared. Flights will commence later in the afternoon.’ 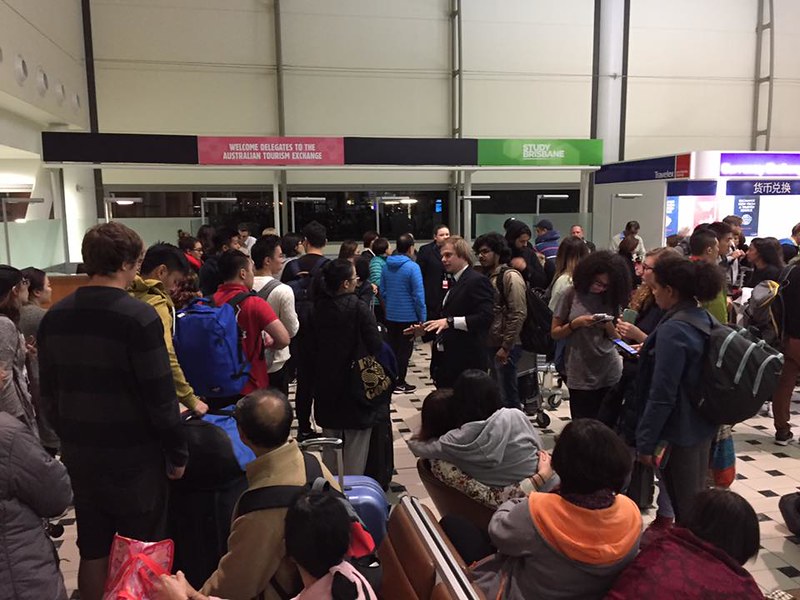 While transportation and hotel is being prepared, they have began sorting out the passengers.

The police are also here.

Since AirAsia does not serve Brisbane, there is no one from the airline. Airport authorities have been helpful and trying to organise and sort things out.’ – Eric Lim

Luckily no one was injured prior to the incident and the pilots and crews of AirAsia X D7207 saved the day again.

Like we mentioned in our previous blogposts, most of AirAsia X flights are quite new and well maintained. You can also read it at Heroes of AirAsia X Perth Incident. 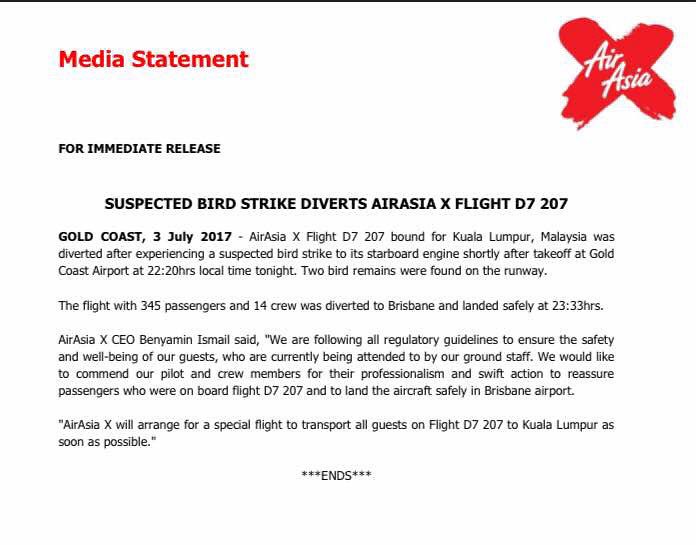