A few weeks ago, we were with our blogger friends to meet Hong Kong celebrity Luk Ho Ming (陸浩明) in Canton-I Sunway Pyramid. It is a special collaboration by In Style Hong Kong promotional campaign organised by Hong Kong Trade Development Council.

Luk Ho Ming (陸浩明) is an artist / celebrity under contract with Hong Kong TVB. He is also better known by his TV nick name ‘Six Six Six (666)’ and ‘Number Six (六号)’ due to his surname, Luk that has the same pronunciation with six in Cantonese. Luk has previously hosted a number of Food and Variety shows on different television networks. His more recent and popular work would be “Good Cheap Eats (食平D)” that has a total of 4 seasons now. In this food programme, he is a co-host with Maria Cordero who is more widely known by her household name, “Fat Mum (肥媽)”. In the show, he explores Hong Kong’s popular markets and food supply stores in a mission to discover high quality yet cheap ingredients to prepare a hearty meal.

In Style Hong Kong is a large-scale promotion campaign organised by the Hong Kong Trade Development Council (HKTDC) to promote and highlight Hong Kong’s vibrant and unique lifestyle in various countries. After a successful launch in Jakarta, Indonesia (2015) and Bangkok, Thailand (2016), HKTDC is hosting its 3rd edition of In Style Hong Kong in Kuala Lumpur, Malaysia on 7th and 8th of November 2017. This high-profile promotion will include trade expo, service symposium, high-level gala dinner, and a series of citywide promotions.

Over the next few months, a series of sales promotion will be happening through pop-up stores, on-ground promotions and in-store activities highlighting Hong Kong lifestyle elements such as design-led products, trendy fashion and culinary experiences with special offers from selected restaurants. It will be exciting times coming for In Style Hong Kong in Kuala Lumpur.

Hong Kong cuisine has been very popular with Malaysians. Most Malaysians travel to Hong Kong for their local Cantonese cuisine. The collaboration of In Style Hong Kong with Canton-I will offer three new unique dishes starting from 1st October until 30th November 2017. The three new dishes is created by Chef Yim Yu King.

At the event, Chef Yim Yu King and Luk Ho Ming (陸浩明) shows us the cooking demo of the three new dishes. We were the first few who got to taste the food before it is officially launched next month.

So what are the three new main courses for In Style Hong Kong by Canton-i? 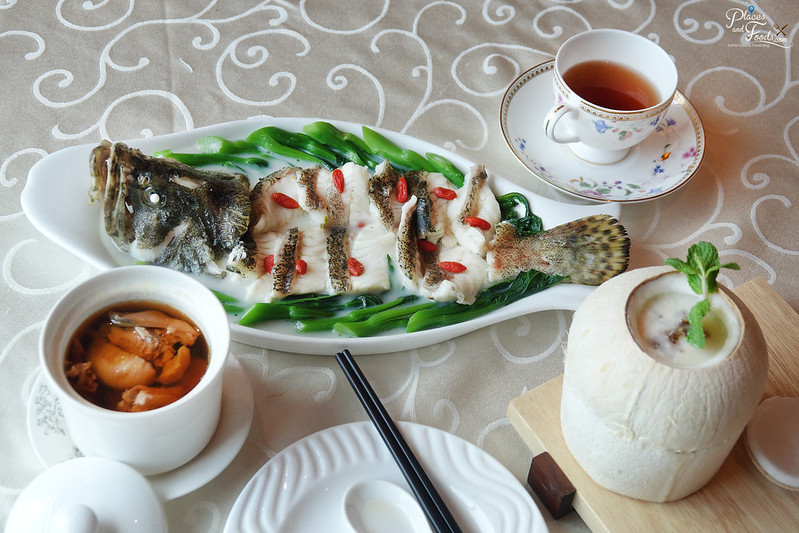 Soup is one of the most important dishes for Chinese around the world. There must be a soup in almost every meal especially dinner. There is always a saying, remember to go home to drink soup even though how late you finish work. In Hong Kong, a hot soup will warm the tummy and the heart after a long day. In Malaysia, it carries the same message even though we don’t have a cold weather. It is like a custom passed by generations.

When it comes to making a good soup, the ingredients are important. Instead of relying on processed stocks, it is the best to get the best natural ingredients to create the flavour. What is in this soup is the natural goodness and flavour from the ingredient. The taste of the soup is strong in flavour with beneficial nutrients.

Dragon garoupa is unheard off in Hong Kong or China as it is new hybrid fish created in Malaysia. Instead of using the Grand Garoupa, the Dragon Garoupa fillet is used. Slow cooked fish is a Cantonese delicacy from Guangdong region of China. In Malaysia, we usually have steamed fish then slow cooked fish. For slow cooked fish, you need good skills and techniques so the fish is not overcooked. The ingredients for this dish is Fish Slices (鱼片), Choy Sum (菜心), Celery (芹菜) and Wolfberry (枸杞).

If you are a fish lover, you will definitely love this. You can taste the natural flavours and juiciness from the Dragon Garoupa fillet. The milky coloured fried fish bone broth adds more flavour to the natural taste.

Hong Kong celebrity Luk Ho Ming was surprised to see such as a small coconut. This is the Thai coconut which is sweeter in taste and more coconut juice that you can find in some restaurants in Malaysia. What’s in this coconut of goodness is ingrediets such as Coconut (椰子), Peach Resin (桃胶), Egg White (蛋白) and (Almond Juice杏仁计).

What is interesting is the peach resin which gaining its popularity for its rich in collagen. The Hong Kong people called it the ‘budget version’ of birds’ nest. You can find the peach resin in most Chinese sundry shops in Malaysia.

The taste is refreshing and yet flavourful. The sweet taste and the gorgeous peach resins adds a different layer of texture to this dessert. We don’t mind having a couple more of this dessert. 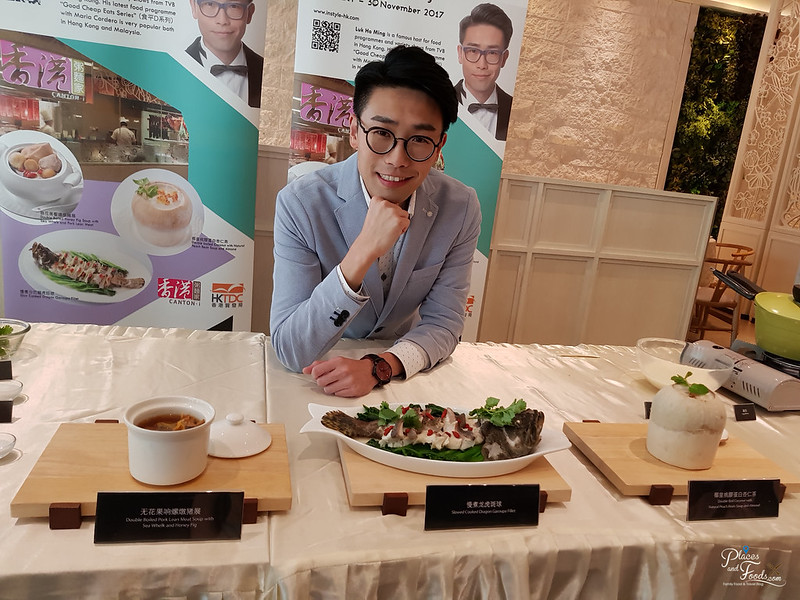 Remember, all these three special dishes will be available for limited time only from 1st October 2017 in all Canton-I outlets. 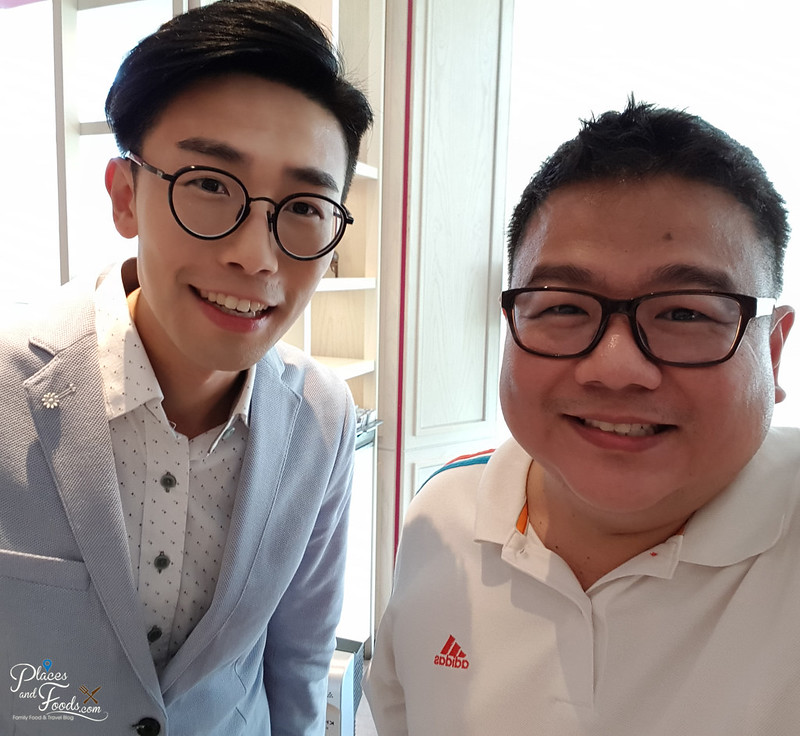 Lastly, as part of In Style Hong Kong campaign and to further popularize Hong Kong cuisine, HKTDC will be collaborating with OpenRice to share exclusive offers from over 50 Hong Kong food outlets with their users. This promotion will start from mid-October onwards for the duration of one month.