For the last few days, I visited 15 temples in Siem Reap. It was fun but tiring, I took heaps of pictures of the temples. It’s time to share it now. The first temple of the 15 temples I’m going to introduce, the Lolei. 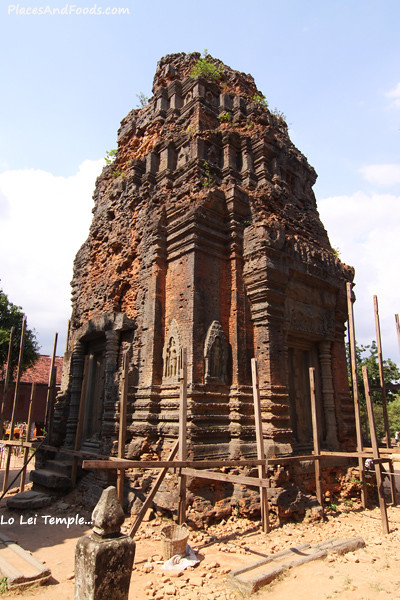 Lolei is one of the 3 Roluos’ group of temples. It is built in late 9th century, and the remaining 2 temples of the Roluos group will be Preah Ko and Bakong. 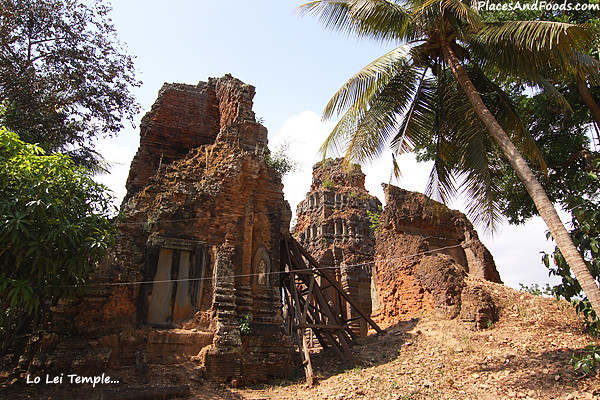 The beautiful carvings on top of the door of the structure

The highlights of Lolei would be the structure itself was built using red bricks. Inscriptions carved on the side wall of the door, still remained visible… The lintels and blind doors are also one of the highlights of the temple. Please do note the usage of lime mortar mouldings similar to plasters on the structure. Beautiful carvings on the wall…

Built in the 9th century and its carvings are still intact and good condition. This is 1100 years old! Other parts of Lolei can be seen collapsed.

Lolei is an island temple itself, isolated from the other 2 Rolous group temples. Lolei is rather a small temple. It will take around 15-20 min to venture the whole temple. The location of Lolei is rather isolated than the rest. There are a few local houses built near Lolei.

My advice on this, visit the important temples first then only visit this if you have time.

How to get to Lolei:

There are special tours offering Roluos group of temple of 3, either via tour company or tuk tuk.

Most tour guides knows about this place.