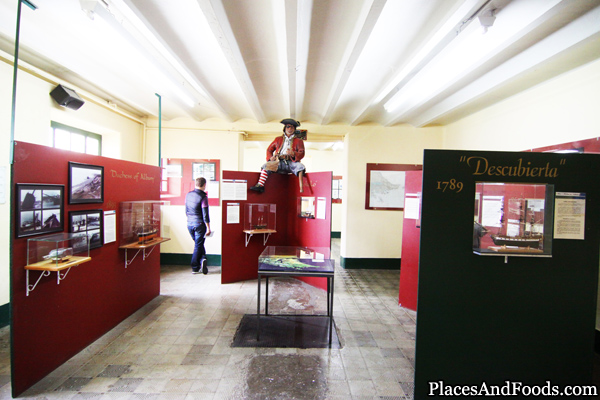 Similar to the background of Australia, Ushuaia itself was a land of imprisonment for crime committers in the early 19 century. The prison was built in 1902 and completed in 1920. What started as a military prison knocked together by inmates themselves was soon turned into a high profile public prison. In 1920, the Penitentiary had 5 pavilions with 76 cells each on both floors held the most arrant criminals as well as political outcast back then in Argentina. Prison escapes were attempted by the convicts but unsuccessful. Not because of the tight security around the setup but mainly due to the surrounding weather and its geographical position which made it extremely difficult to survive outside the prison. Even with a bit of luck, the mighty Strait of Magallen at Chile awaits them. In another words, it was a dead trap. Being in the Prison Museum wasn’t scary at all. However, it does poses likeness to the American prisons portrayed in the prominent movie, Alcatraz. The walls are tastefully repainted and cells are well decorated with dummies of the infamous prisoners. The two-level prison is separated by a corridor opening for sunlight shinning in. Old fashion heaters descried at the edges of the corridor dispensed images of shivering nights endured by the inmates. Different from reading and watching about prisons from print materials and motion pictures, my visit to the Prison Museum was an eye opener.

I Almost Died in This Cave I Almost Died in This Cave