BASE Entertainment and Marina Bay Sands

There is a great news for Bollywood’s fans this weekend. Bollywood’s music legend and Academy Award winner, A. R. Rahman is all geared up to take center-stage at his Jai Ho Concert: The Journey Home World Tour at the Marina Bay Sands Grand Theater, from March 17-20. Due to the exceptional demand for tickets to the concert, BASE Entertainment has just released a new block of S$145 tickets for sale to the public. Rahman received the ultimate star treatment at Marina Bay Sands which included a luxurious suite for him and his family. At the press conference held at Marina Bay Sands yesterday, he expressed his awe for the multi-billion dollar integrated resort. “Marina Bay Sands is absolutely breathtaking. My stay here has been amazing and the suites are so large and comfortable. Needless to say, it is a great venue to perform in and the theaters are of world-class quality with intimate settings.”

The A. R. Rahman Jai Ho Concert: The Journey Home World Tour promises to be a whole new experience and the man himself will vouch for this. “My team and I have come up with a new set of songs for Singapore and this is quite a unique combination of artists and I don’t think you’ll get to see them again. I am especially excited to perform Robotic from Robo and Endhiran.”

When asked about Singapore, the down-to-earth Rahman says, “Singapore is my first love. It was my first country I travelled to out of India in 1986, and it was such a radiant city even back then. Now as I take a look around, I am amazed at how it has flourished to become the premier destination for Indian travellers. It is great to be back.”

The hit song, “Jai Ho”!
The A. R. Rahman Jai Ho Concert: The Journey Home World Tour kicked off on June 11 2010 in New York and has since toured cities around the globe including Washington, Texas, Toronto, Johannesburg, Cape Town, London, Zurich and Paris. Due to the exceptional demand for tickets to the show, BASE Entertainment has just released an additional block of S$145 tickets for sale to the public.

Tickets can be obtained through the Marina Bay sands website at: www.marinabaysands/entertainment

By phone: 6348 5555 or in person at the Marina Bay Sands Theater Box Office or any SISTIC authorized agent. 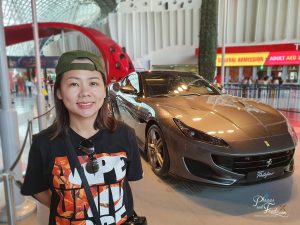