Let me share some of the hard rock data of this Aussie chef. 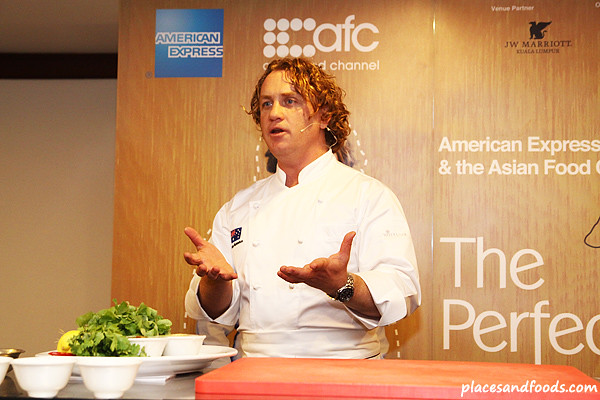 Chef Adrian Richardson is the owner and head chef of the successful and bustling La Luna, one of Melbourne’s best Mediterranean bistros in North Carlton, where he has been serving up clean, fresh and innovative food since 1999.

Chef Richardson’s passion for cooking and belief in “homemade and home-grown” is attributed to his upbringing from his family. His father was trained as a chef in England and France, and ran the Balzac, a legendary restaurant in East Melbourne. Similarly, his uncles were also chefs. He grew up eating Italian-Middle Eastern-North African cuisine dished up in an Italian household in Melbourne, with vegetables and fruits growing in the garden.

A regular face on television, Chef Richardson has appeared alongside Tobie Puttock and Jamie Oliver in Jamie’s Kitchen Australia. He is also one of the team of regular chefs on Ready Steady Cook, Fresh, Switching Lives and Good Morning Australia. The Asian Food Channel recently aired his hit television programme, Secret Meat Business between April to July 2011. In November, AFC will also air his latest show, Good Chef Bad Chef, which sees him playing the devil next to co-host Janella Purcell, a nutritionist.

Chef Richardson also has two cookbooks under his publishing belt, Meat and The Good Life, both of which are paeans to the virtues and benefits of knowing where your food comes from, as well as home cooking.

The Chef is a proud Australian, reminding us on quality products of Australia especially their beef. I have no argument on that based on my one year stay in Australia some time ago. They do take pride on their products. 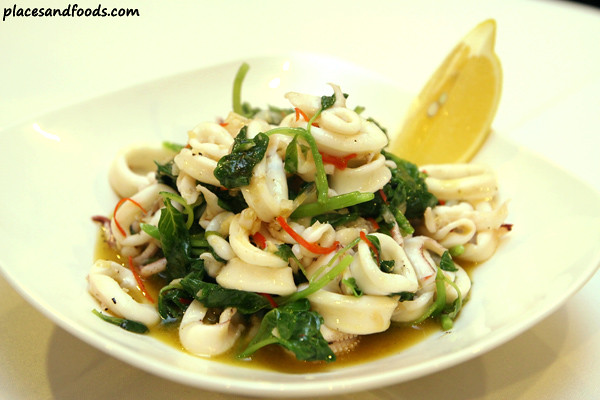 The Aussie chef started off with Sauteed Calamari, Chili, Garlic and Spinach (“Yuen Choy” in Chinese). This is a light dish and similar to one of our local dishes (minus the anchovies). 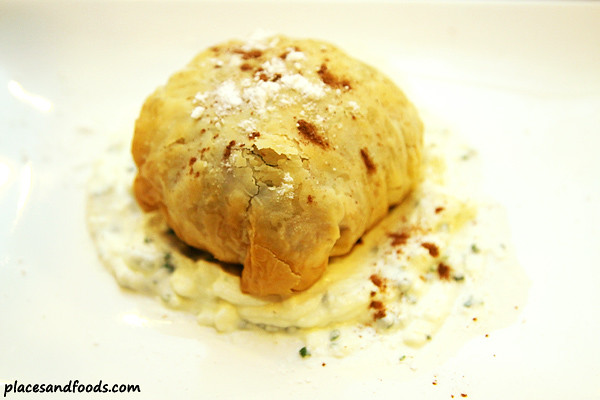 The second dish was the Lamb and Spinach Filo Pie, Labne. It is one of the best Filo Pies I had for a very long time. The Filo pastry is made in Australia and so was the Aussie lamb. 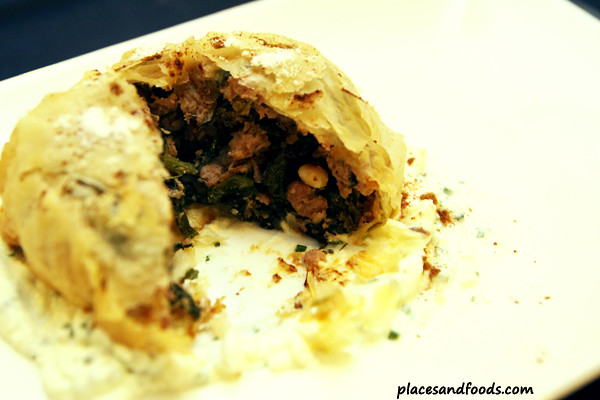 The thin layer crust of the Filo pie and the tasty lamb filling was excellent. 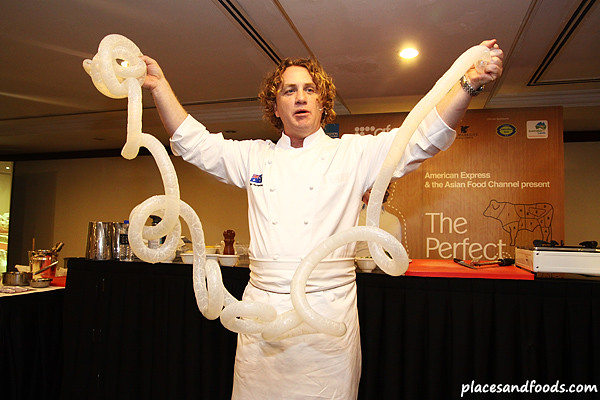 Chef Adrian handling the lamb intestines and demonstrate how he made the sausages with it. 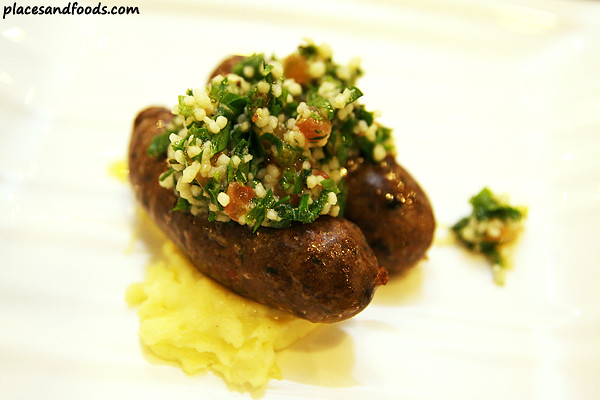 The Merquez Sausages was beautiful. I wished I could have more. The skin of the sausages was made of the lamb intestines and they are Australian made products. 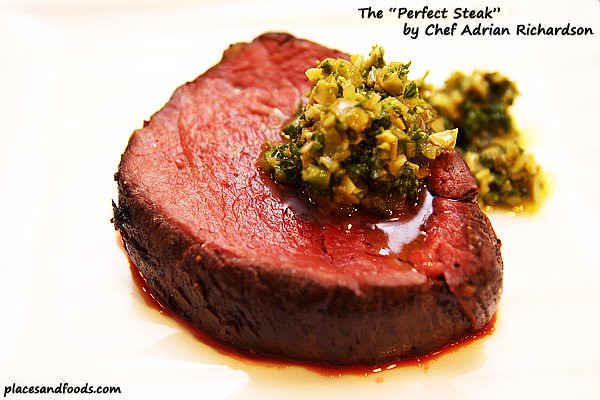 The Perfect Steak was the superstar. I thought it was a bit raw to my liking as I saw a little blood from the steak. However, I was so wrong. When I sliced the steak, it was soft and tender and it surprised me. It was the perfect steak with minimal seasoning and I could taste the natural taste of the beef. Using the Australian beef rib-eye, the Perfect Steak lived up to its name. Yes, he reminded us the beef is from Australia. 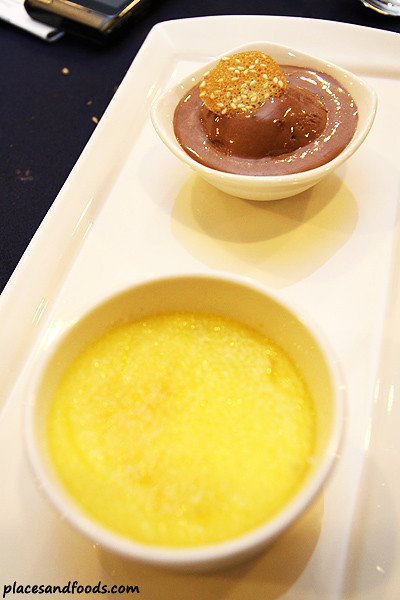 Vanilla Bean Creme Brulee and the chocolate ice cream was the last dish. The Crème Brulee didn’t caramelized as much as I expected but the taste was there. 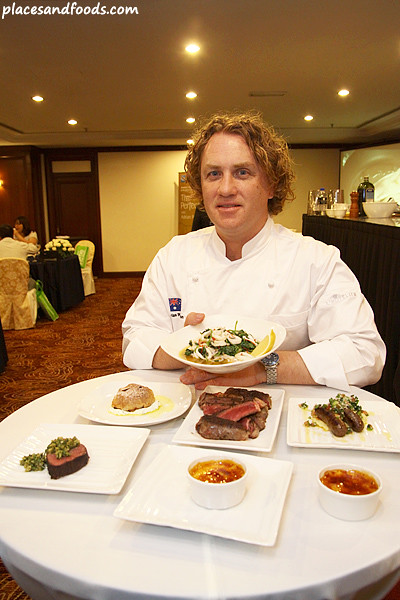 It was a fun afternoon with Aussie Chef Adrian Richardson. You can catch him on Asian Food Channel (Astro 703) for his show “Good Chef, Bad Chef”. Thank you Asian Food Channel and Alice George Communications of the invitation, I enjoyed every part of it. 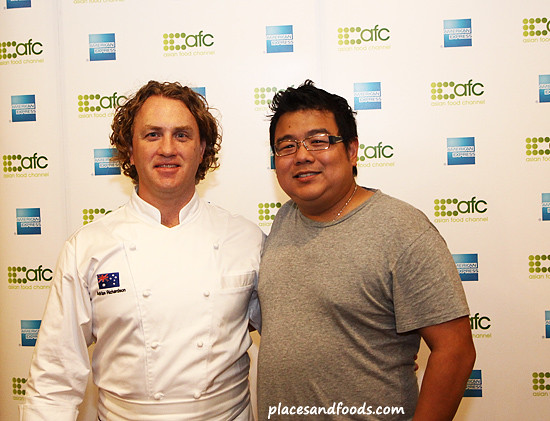