BUILDING THE FUTURE WITH HENNESSY V.S.O.P

Hennessy V.S.O.P moves forward in a spirit of continuity with a new bottle and packaging design

Legends are shaped over time. The legend of Hennessy V.S.O.P. began on 7 October 1817, when the future King George IV of England asked the great French cognac House to supply him with a special cognac described in the records with the words “Very Superior Old Pale”.

I was invited to this significant event at Double Tree Hotel for the unveiling the future of Hennessy V.S.O.P event. This not just an ordinary event. For those who are lovers of Hennessy V.S.O.P, you know there is always a different with this cognac.

This cognac’s personality has gone unchanged for nearly two centuries. Under the stewardship of Hennessy’s cellar master, the Tasting Committee hands down the secrets of selection, ageing and blending, as can be seen in the use, for maturation, of oak barrels that have lost part of their tannin, so as to avoid giving the eau de vie excessively woody notes while providing an elegant expression.

Today, the House’s Tasting Committee carries on this vision, as Olivier Paultes, Member of the Tasting Committee explains, “When blending the eaux de vie for Hennessy V.S.O.P., we harmonise a wide variety of sensory characteristics as a great Chef would, selecting from a wide range of ingredients to create an exceptional dish.”

Naturally, such an iconic cognac should be presented in a bottle whose curves signify the elegance and generosity of its content, as well as its balance and exceptional harmony. After an initial modernisation of the bottle in 1989, V.S.O.P. is moving resolutely into the 21st century, as can be seen in the work of designer Chris Bangle, a legendary figure in the automobile world, who has redesigned its contours to bring its sleek silhouette firmly into the future. 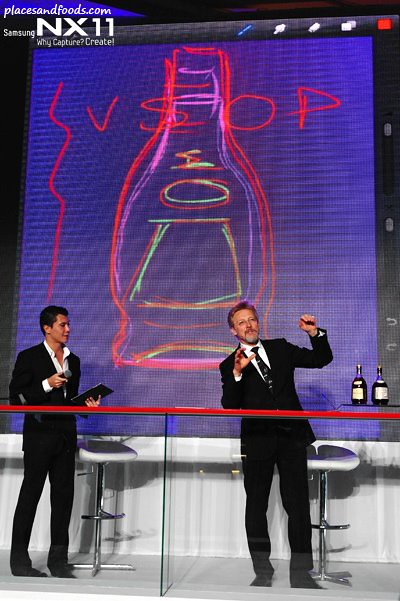 “Designing for Hennessy gave me the same sensations as working on designs for fast BMWs or a great Rolls Royce. It is that experience of a unique emotion,” said Chris Bangle.

After seeking to understand Hennessy V.S.O.P’s deepest secrets, Chris Bangle picked up his pencil and drew this cognac’s new silhouette. He accentuated the curves on the sides of the bottle, thereby reinforcing its silhouette’s dynamics, then he lengthened its neck and straightened its shoulders, stretching it vertically. Inspired by the Hennessy V.S.O.P. bottle created in 1954, Chris Bangle chose to confirm this upward movement with an enriched base resembling a pedestal to distinguish the whole with opulence while maintaining its stability. 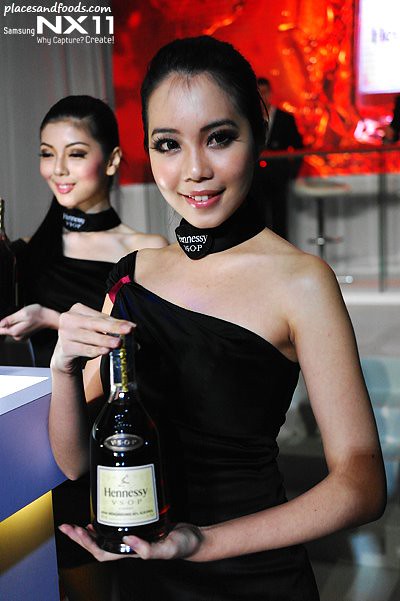 With a carefully designed optical effect, the front of the bottle evokes a pyramid perspective, suggesting an upward vanishing point to draw the eye toward the top of the bottle, where Chris Bangle has chosen to engrave the legendary arm and axe of the Hennessy family into the glass itself. The symbolic Hennessy V.S.O.P. oval label is in dark grey ennobled with golden embossing a few millimetres from this.

The box that the bottle comes in has also benefited from this renewal, giving its edges over to a more modern vision: the sides have been refined and dramatised by photographer Adam Savitch.

Anti-counterfeiting techniques for the Hennessy V.S.O.P bottle were also developed: a laser stamp for the 35-cl, 70-cl and 3-litre bottles and a hologram of inimitable complexity (now with horizontal lines forming a grape cluster) seal the cap, ensuring product integrity.

For Hennessy, the combination of design aesthetics and ergonomics with a never-ending quest for quality and security is indispensable. V.S.O.P. embodies these values. Because that is how the future is made: by designing legends.

After that it was the after party, one of the best parties I had in some time. 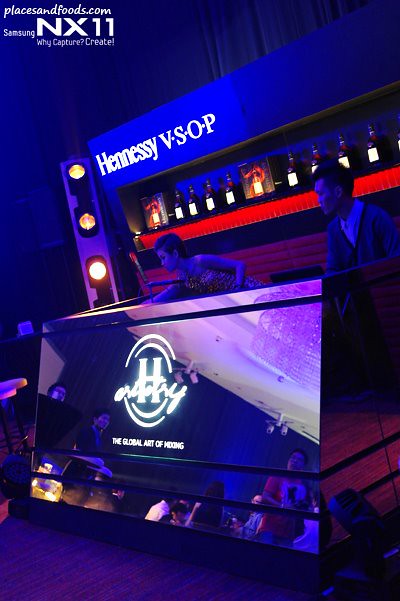 They have cool DJs spinning for the whole night. 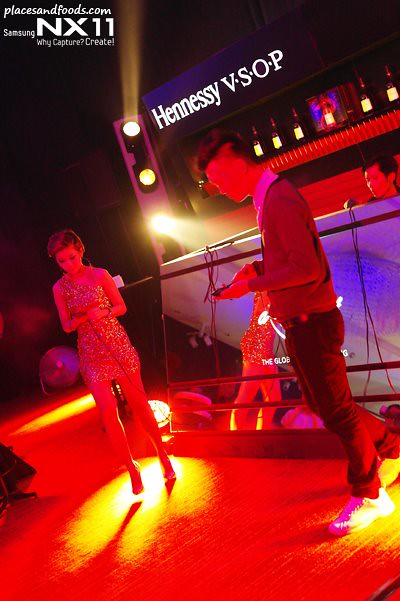 And what is more cooler than spinning using their mobile devices!

It was not just all about drinks. The organizer actually had something which was way more fun than other parties. The Glam cam or the 360 degrees camera!

After they took the 360 pictures they uploaded it to their Youtube channel on the next day.

Obviously we had some fun posing and playing with the whole concept. 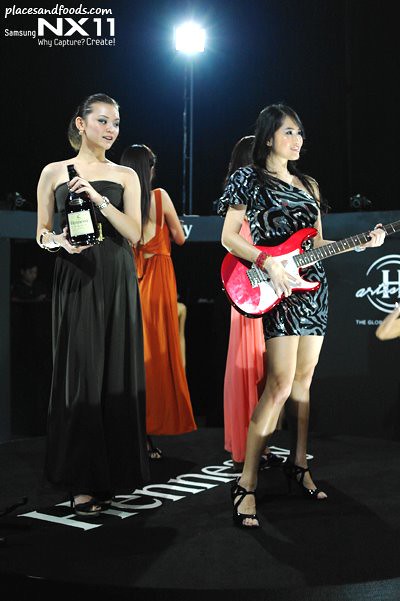 That won’t stop the girls having fun too! Kelly Siew is spotted here. 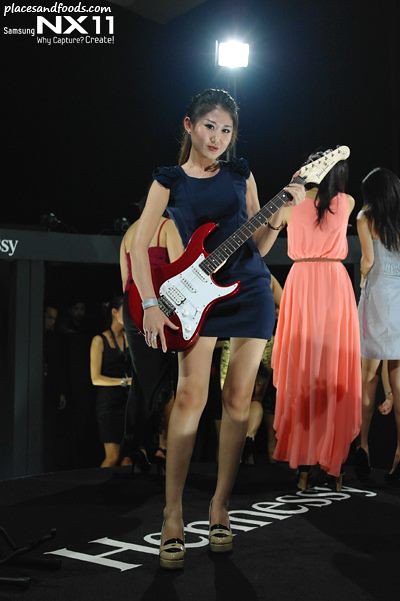 So was Kate Lee. 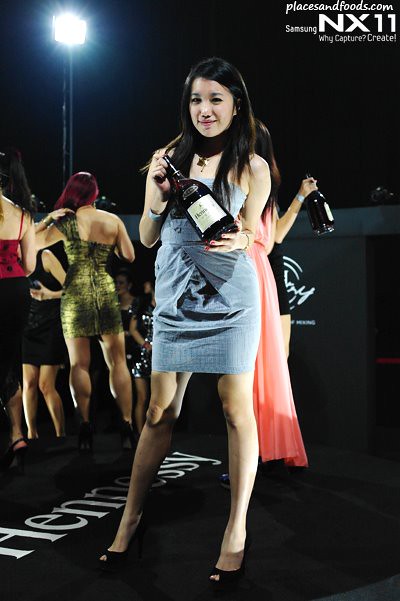 Lastly, we have Wilee Tee from Malaysian Hottest Bloggers posing with the dummy Hennessy bottle. 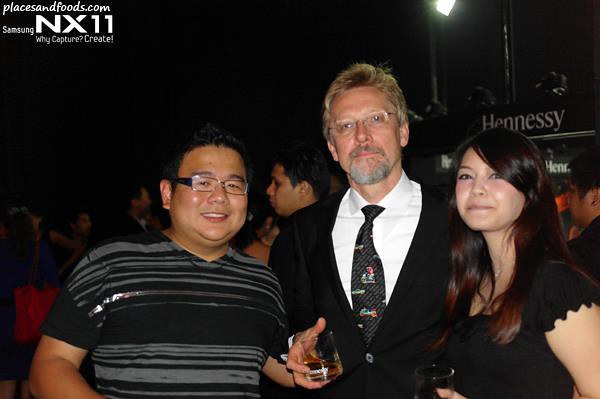 It won’t be a perfect party without a picture with the man himself, Chris Bangle and Anna.

In drinking parties like this, always remember drink responsibly and drink carefully. If you plan to drink do find a designated driver to send you home. Thank you Hennessy Malaysia for inviting me.