Up On Macau Tower

Did you know that the highest sky jump or bungee jump from tower’s other rim in Asia is actually in Macau? It was the highest commercial skyjump until it was took over by the Vegas’ Stratosphere Skyjump at 260 metres. 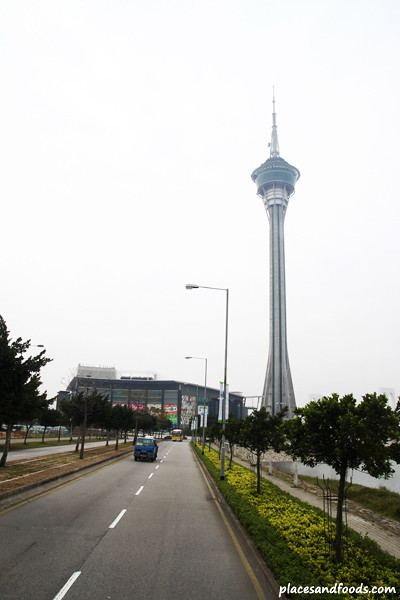 If you have the faint of heart like we do, just visit the tower for a 360 degree views of Macau and Cotai Strip. The tower stands at 338m or 1109 feet in height from ground level to the highest point. 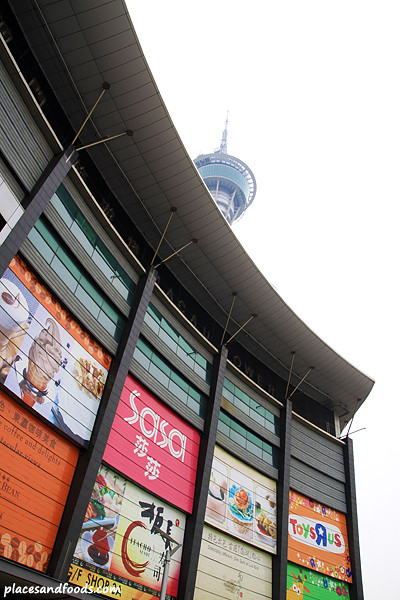 There is an observation deck with panoramic views, restaurants, theaters, shopping mall and the also the infamous Skywalk X, a walking tour around the outer rim, the same one we watched in Amazing Race Asia.

The tower is one of the members of the World Federation of Great Towers. Besides being used for observation and entertainment, the tower is also used for telecommunications and broadcasting. – Wikipedia.org

It was a quick ride going to the top of the tower. The panoramic view from the top is worth every penny spent. 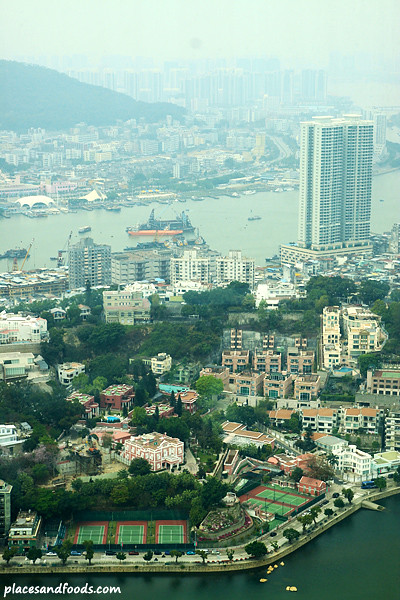 We spotted the pink Macau Governor’s House and also Macau’s tycoon Stanley Ho’s residence. Since it is 360 degree view, you can also spot Zhu Hai, China and the new Cotai strip in Macau. 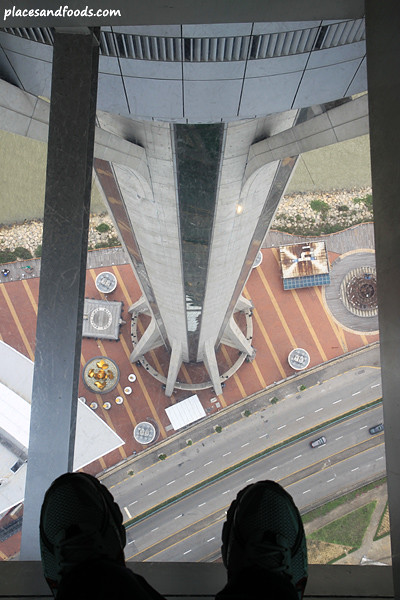 One of the excitements in the observatory deck on Macau Tower is the see thru glass floor. For those who has height phobia, you should avoid looking at this even though it is very safe. 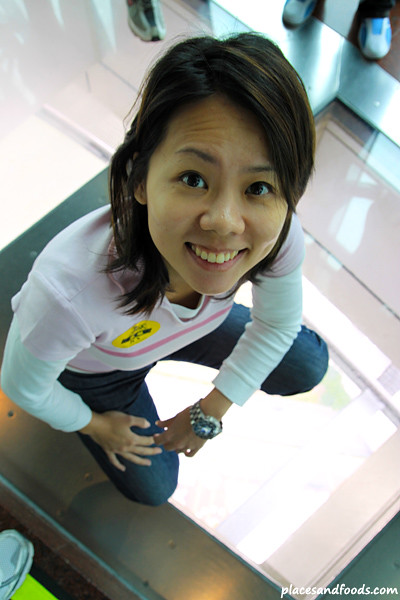 By looking down thru the glass floor, you can roughly feel how a person feels if he decided to bungee jump.

Lucky enough, there was one tourist did a bungee jump when we were there and we managed to record it on video. There was hesitation at first but after couple of minutes, the man took a deep breath and took his jump. Everyone was thrilled.

We didn’t Skyjump, bungee jump or SkyWalk X. Maybe we might do one of those on our next visit to Macau Tower.

For more info on Macau Tower, visit the official website at www.macautower.com.mo 1 thought on “Up On Macau Tower”