LEGOLAND® Malaysia slithered into the LEGO® history books today and set a
new record by completing a challenge to build the World’s Longest LEGO Snake. The snake was officially
measured at 318 metres. It was built using more than one million LEGO bricks to celebrate LEGOLAND
Malaysia’s first Chinese New Year and the Year the Snake. 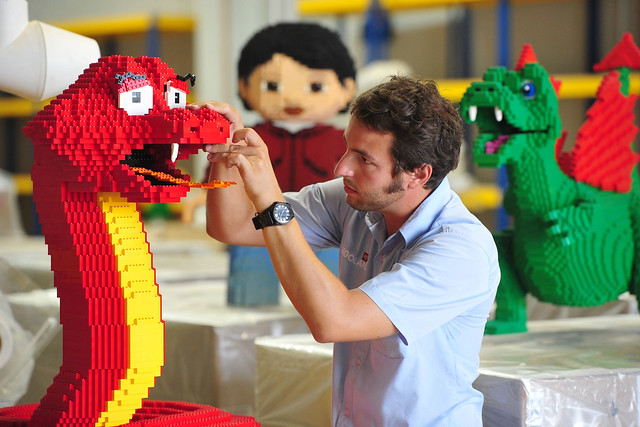 More than five thousand guests have taken part in the building effort, which began nine days ago at the
start of the Chinese New Year long-weekend. It came to a close today when Siegfried Boerst, General
Manager of LEGOLAND Malaysia, called time on the unprecedented building activity. With the final body
parts in place, the tail was attached in front of a waiting crowd. After the snake’s official length was
measured it was announced at a special in-Park event. 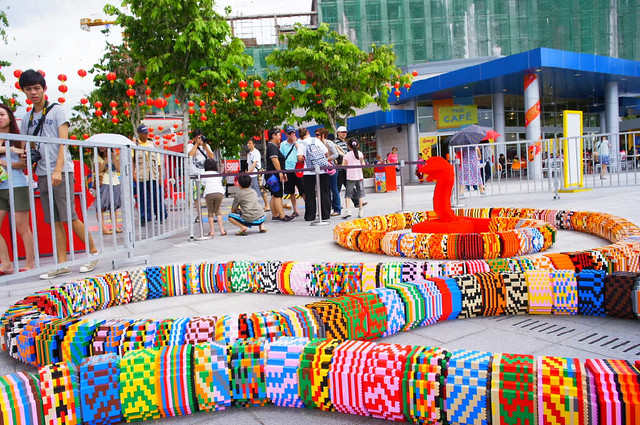 “I am delighted that we can celebrate our first Chinese New Year with our first LEGO building record. The
LEGOLAND Malaysia snake is the longest in the World at a huge 318 metres and we have used more than
one million bricks. I would like to thank everyone who has played their part and wish them a happy and
prosperous Year of the Snake” said Boerst. 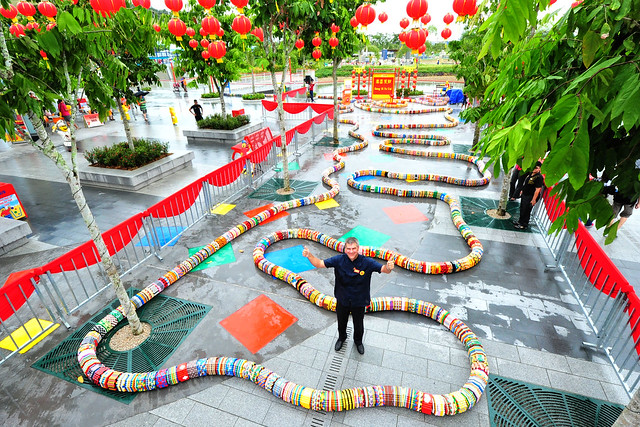 LEGOLAND Malaysia Master Model Builders, led by the Model Shop Manager, Stefan Bentivoglio, designed
the snake and built the head and tail. They have coordinated the record attempt and helped guests to build
the LEGO snake’s body section by section. 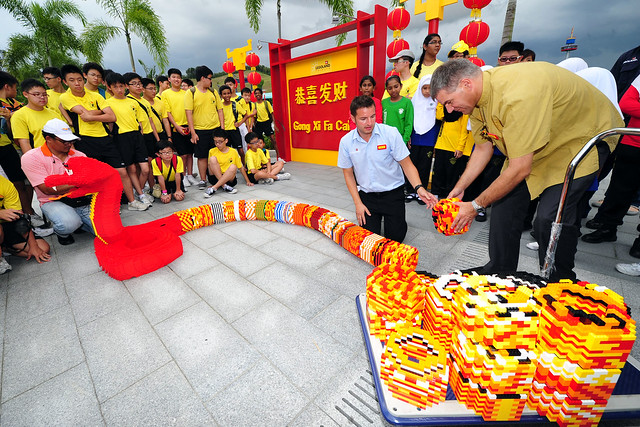 “Normally we have a small team building models at LEGOLAND and we could never have done anything on
this scale so quickly if it hadn’t been for the thousands of people who turned up to help us. People don’t
usually think of LEGO building being a team activity but this shows just how much you can do with LEGO”
said Stefan Bentivoglio. 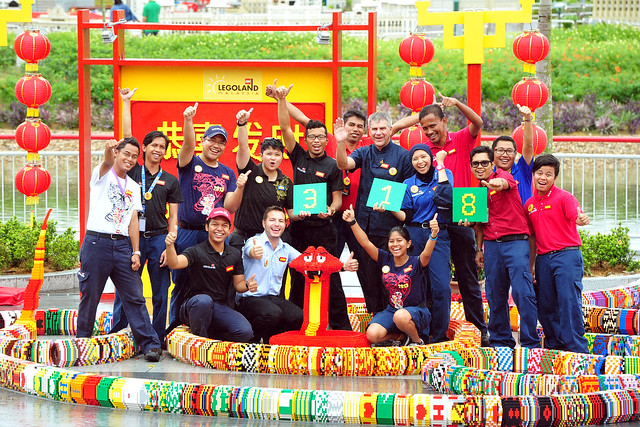 The LEGO snake winds its way through The Beginning and Miniland areas of the 76 acre Park and will be on
display until 28th February 2013. A campaign to name the LEGO snake will begin next week on the
LEGOLAND Malaysia Facebook page with special giveaways up for grabs.