This might not be a fresh story but it is worth to mention. A few years ago, one of the most significant ramen restaurants in Japan landed in Isetan Bandar Utama. It is called as the Samurai ramen or better known as Menya Musashi ramen. 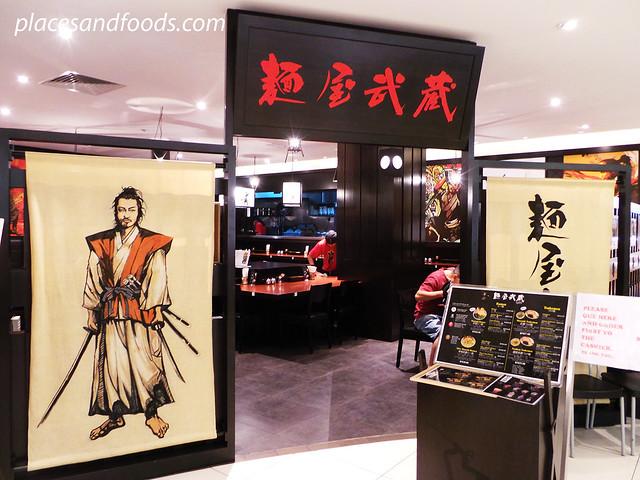 The restaurant is named after Miyamoto Musashi, a legendary samurai who was famed with his “double sword style”. Thus, the award winning restaurant gained a cult among the ramen fans in Japan since Tokyo in 1996. The beauty of Menya Musashi is its innovation in offering noodles in a variety of different textures as well as a selection of soup. 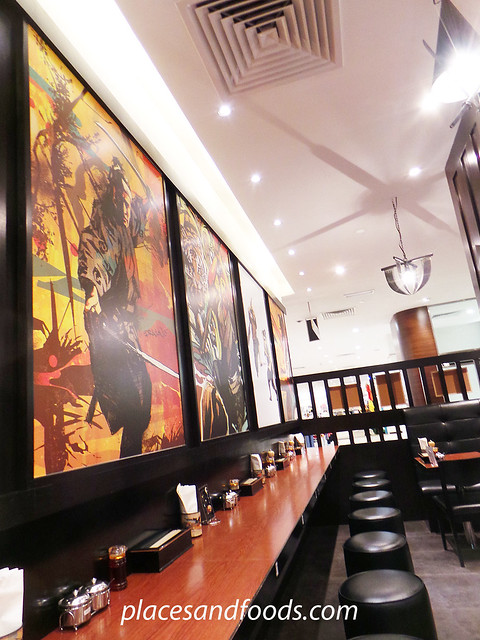 Having the same mission statement, Menya Musashi offers the same quality ramen in its first restaurant at Isetan Eat Paradise in Bandar Utama. The restaurant is usually packed with guests and often entertained by its loud Japanese yelling in between their staffs. 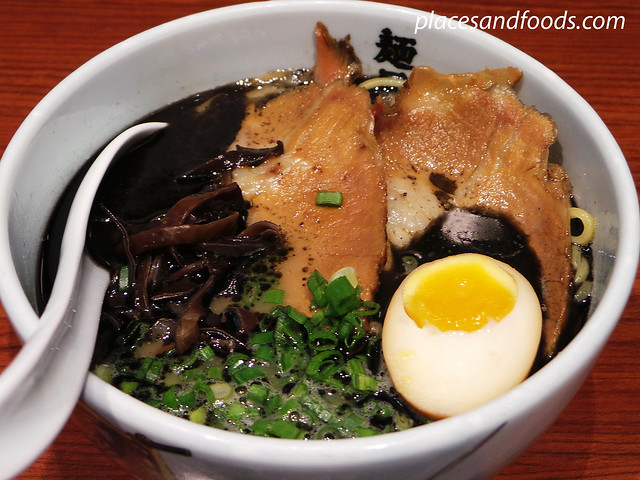 I ordered their Kanzan garlic black for RM 22++. When it comes to their broth, their 100% signature pork bone broth is something you should craved for. The broth is tasty with the fragrant of the long cooking hours of the pork bone and it goes well with the noodles and the big pieces of “char siew”. It definitely lives up to the reputation in serving quality ramen for its guest. This is definitely one of the best places for ramen in Malaysia. This samurai can seriously cook some kick ass ramen!