On my way back to Singapore from Melbourne, the pilot made a surprise announcement.  “We are going to fly pass Ayers Rock in seven minutes and it will be at the left side of the plane”.  That is probably the best surprise ever. 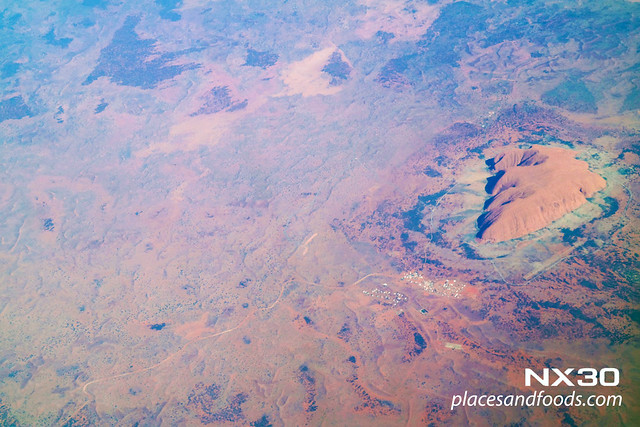 Ayers Rock is one of the most popular and recognised tourist attractions in Australia. The local aborigins (Pitjantjatjara) call the landmark as Uluru while the name Ayers Rock is in honour of the Chief Secretary of South Australia, Sir Henry Ayers named by surveyor William Gosse in 19th July 1873. Now, it is officially known as Uluru Ayer Rock. 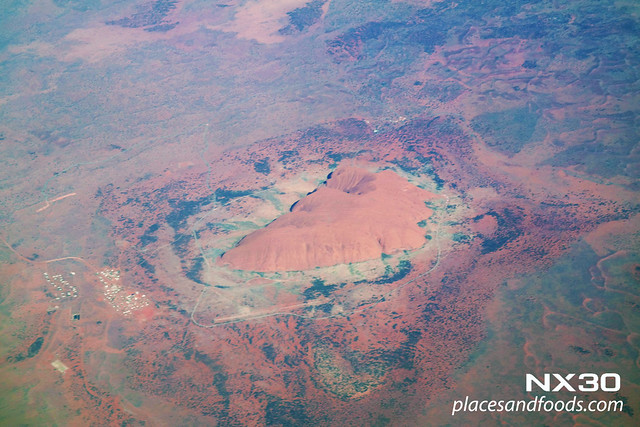 To travel to Uluru, you should fly in from Darwin as they fall in the same jurisdiction of North Territory. The best time to travel is during winter, from April to July and you will be amazed by the 348m high sandstone formation. Uluru changes colour at different time of the day and year but it usually glows red at dawn and sunset. For climbers, you can climb the mountain and it is not an easy task.

I always wanted to visit Uluru Ayers Rock but never had the time to do it. However, getting an aerial view of Uluru is almost as satisfying. Thank you Mr. Pilot for the announcement and Uluru is such a beauty.