Iconic Japanese animation company Studio Ghibli announces its hiatus after the retirement of co-founder Hayao Miyazaki. Famous for his animated films ‘Grave of the Fireflies’, ‘Princess Mononoke’, ‘My Neighbour Totoro’ and many others; his movies have topped box offices again and again. ‘Spirited Away’ the animated feature film that launched the studio into cult film success, is one of the first non-English language films to win an Academy Award for Best Animated Feature, grossing worldwide at RM877 million. Miyazaki’s last movie title before retirement ‘The Wind Rises’ has already been nominated for an Oscar and has reaped over RM357 million since its debut in the international theatres. Those looking to watch the animated film in Malaysia at home will be able to purchase a DVD during its first nationwide release at AniManGaki 2014.

‘The Wind Rises’ is Miyazaki’s swan song to Studio Ghibli and in true Ghibli fashion features the quintessential 2D animation that fans have come to associate with the studio. The movie features the story of Jiro Horikoshi a simple Japanese aircraft engineer whose dream is to build beautiful aircrafts but eventually he gets caught in the struggles of heartbreak and war. 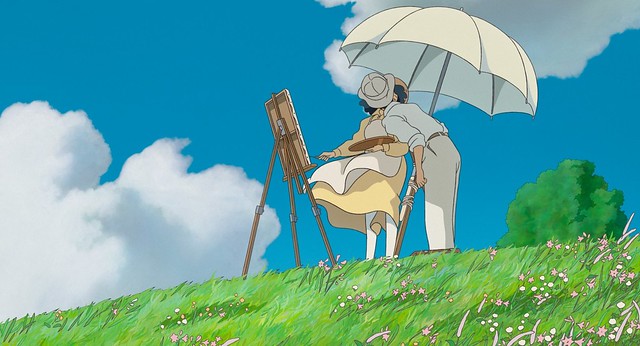 Get ‘The Wind Rises’ at AniManGaki 2014 from the 9th to the 10th of August, where Nozomi the exclusive distributor for Studio Ghibli in Malaysia will be commemorating the last 29 years of the studio’s success. Re-watch all the old classics from your favourite author and director Miyazaki and get the latest in licensing and merchandising straight from Japan.

AniManGaki is a fan fest for all things anime. Held from the 9th to the 10th of August at Sunway Pyramid Convention Centre from 10am – 6pm, celebrate Japanese anime, manga, music and more with the Nozomi Group Animation “Bringing Animation To Life”.

The Wind Rises by Hayao Miyazaki

In Japan 1918, Jiro Horikoshi, a young boy living in a provincial town, dreams of being a fighter pilot, but his poor eyesight forbids it. After he reads an aviation magazine, Jiro dreams he meets the famous Italian aircraft designer Caproni, who tells him that building planes is better than flying them. 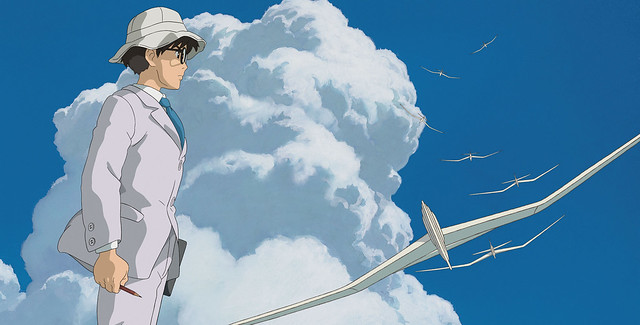 Five years later, Jiro is traveling to Tokyo by train to study engineering. He meets a young girl named Nahoko traveling with her maid; when the Great Kanto Earthquake of 1923 hits, Nahoko’s maid breaks her leg, and Jiro carries her to Nahoko’s family. He leaves without giving his name.

After graduating in 1927 Jiro begins work at aircraft manufacturer Mitsubishi, assigned to a fighter design team. He is sent to Germany to carry out technical research and obtain a production license for a Junkers aircraft. He argues with German soldiers and witnesses a night raid by the Gestapo. He dreams again of Caproni, who tells him that the world is better for the beauty of planes, even if humankind might put them to ugly purposes.

In 1932, Jiro is promoted to chief designer for a fighter plane competition sponsored by the Navy, which ends in failure. Disappointed, Jiro visits a summer resort where he meets Nahoko again. They become engaged, but Nahoko has tuberculosis, and refuses to marry until she recovers. A German visitor privately critical of the Nazi regime, Hans Castorp, assists the romance before fleeing arrest by Japanese authorities.

Nahoko suffers a lung hemorrhage, worrying Jiro. Wanted in connection with Castorp, Jiro hides at his supervisor’s home while he works on a new navy project. Nahoko recuperates in an alpine sanatorium, but cannot bear being apart from Jiro, and returns to marry him; Jiro’s hosts hold a traditional wedding. Jiro’s sister, a doctor, warns Jiro that his marriage to Nahoko will end badly, as tuberculosis is incurable. Though Nahoko’s health deteriorates, she and Jiro enjoy their time together.

Jiro leaves for the test flight of his new prototype, the Mitsubishi A5M aircraft. Sensing that she will soon die, Nahoko secretly returns to the sanatorium and leaves letters for her husband, family, and friends. At the test site, Jiro is distracted from his success by a gust of wind, sensing Nahoko’s death.

During Japan’s involvement in World War II, Jiro visits Caproni in another dream and tells him he regrets that his aircraft were used for war. Caproni comforts him, saying Jiro’s dream of building beautiful aircraft was nonetheless realized. A group of Zeros fly past and their pilots salute Jiro. Finally Nahoko appears again, exhorting her husband to live his life to the fullest.

Hayao Miyazaki (born January 5, 1941) is a Japanese film director, animator, manga artist, illustrator, producer, and screenwriter. Through a career that has spanned six decades, Miyazaki has attained international acclaim as a masterful storyteller and as a filmaker of anime feature films and, along with Isao Takahata, co-founded Studio Ghibli, a film and animation studio. The success of Miyazaki’s films has invited comparisons with American animator Walt Disney, British animator Nick Park, and American director Steven Spielberg. He is considered one of the most popular and influential animators in cinema.

Born in Bunkyō, Tokyo, Miyazaki began his animation career in 1963, when he joined Toei Animation. From there, Miyazaki worked as an in-between artist for Gulliver’s Travels Beyond the Moon, where he pitched ideas that eventually became the movie’s ending. He continued to work in various roles in the animation industry until he directed his first feature film, Lupin III: The Castle of Cagliostro, released in 1979. After the success of his next film, Nausicaä of the Valley of the Wind (1984), he co-founded Studio Ghibli, where he continued to produce many feature films. While Miyazaki’s films have long enjoyed both commercial and critical success in Japan, he remained largely unknown to the West until Miramax Films released Princess Mononoke (1997). Princess Mononoke was the highest-grossing film in Japan until it was eclipsed by another 1997 film, Titanic and the first animated film to win Picture of the Year at the Japanese Academy Award. Miyazaki’s next film, Spirited Away (2001), topped Titanic’s sales at the Japanese box office, won Picture of the Year at the Japanese Academy Awards, and was the first anime film to win an American Academy Award.

Miyazaki’s films often contain recurrent themes, like humanity’s relationship with nature and technology, feminism, and the difficulty of maintaining a pacifist ethic. The protagonists of his films are often strong, independent girls or young women. While two of his films, The Castle of Cagliostro and Castle in the Sky, involve traditional villains, his other films like Nausicaä and Princess Mononoke present morally ambiguous antagonists with redeeming qualities. He co-wrote films The Secret World of Arrietty, released in July 2010 in Japan and February 2012 in the United States; and From Up on Poppy Hill release in July 2011 in Japan and March 2013 in the United States. Miyazaki’s newest film The Wind Rises was released on July 20, 2013 and screened internationally in February 2014. Miyazaki announced on September 1, 2013 that this would be his final feature-length film.

Studio Ghibli, Inc. (株式会社スタジオジブリKabushiki-gaisha Sutajio Jiburi) is a Japanese animation film studio based in Koganei, Tokyo, Japan. The studio is best known for its anime feature films, and has also produced several short films, television commercials, and one television film. It was founded in June 1985 after the success of Nausicaä of the Valley of the Wind (1984), with funding by Tokuma Shoten. 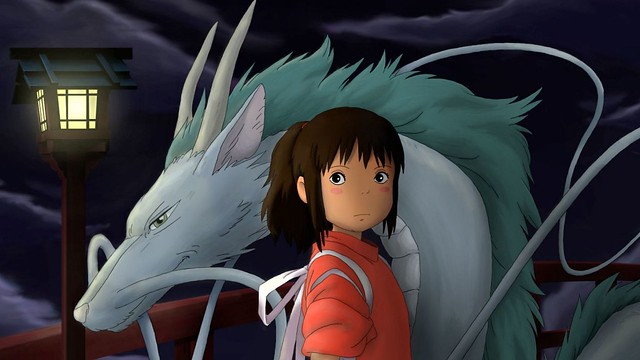 Eight of Studio Ghibli’s films are among the 15 highest-grossing anime films made in Japan, with Spirited Away (2001) being the highest, grossing over $274 million worldwide. Many of their works have won the Animage Anime Grand Prix award, and four have won the Japan Academy Prize for Animation of the Year. In 2002, Spirited Away won a Golden Bear and an Academy Award for Best Animated Feature Film.