Girl’s Generation or SNSD performed at the 2015 Malaysia Formula 1 Grand Prix Post Race Party. It was held at the Sepang International F1 Circuit Helipad after the Formula 1 Race. They are part of the post race party performances that includes Altimet, DJ Hitch Hiker and SHINee. 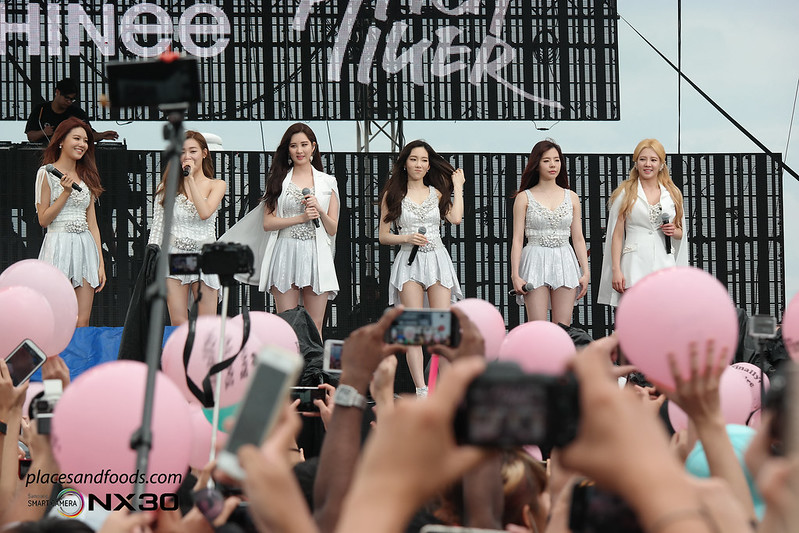 The weather was hot during the race and it eventually rained during DJ Hitch Hiker’s performance and at the start of Girls’ Generation SNSD first song. There were at least couple of thousands people at the party. 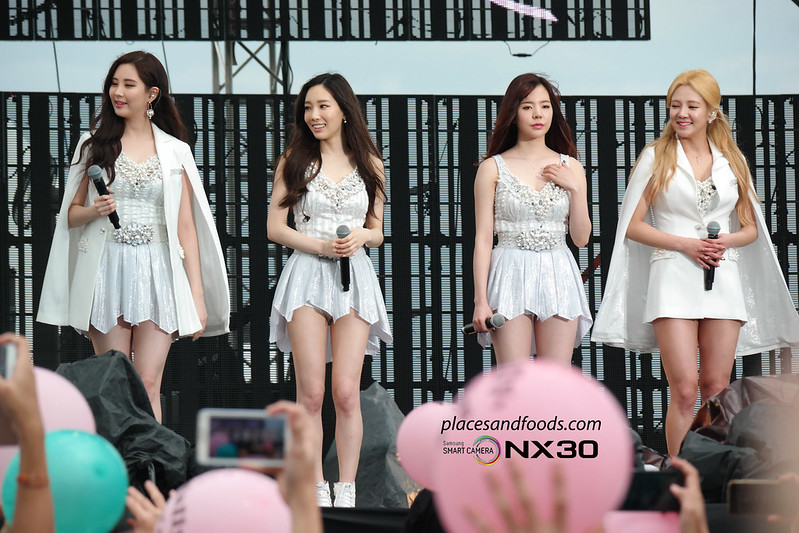 SNSD performance quite a lot of songs with around 9 songs in total (if not mistaken). As I was standing in front of the control deck, it was hard for me to take a clear picture of SNSD as there were too many people in front of me using selfie sticks, phones, cameras and iPads. At the beginning of their performance, there were too many umbrellas too. However I did manage to capture quite a number of pictures and I hope you all like the pictures I took with Samsung NX 30. You can find the videos too at our Youtube Page at http://www.youtube.com/placesandfoods

The Formula One ticket is sponsored by Malaysia Airlines. 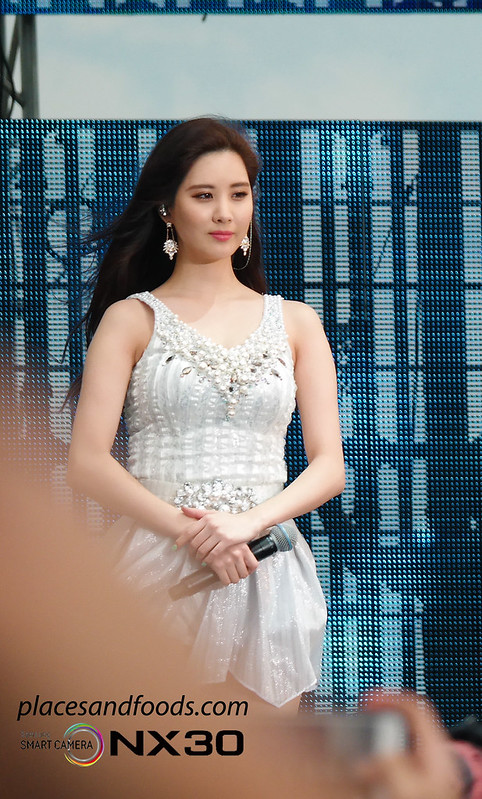