What do you call a night when a group of friends enjoying rounds of stout with great music and games? A Night Made Right. It is A Night Made Right by Connor’s Stout Porter, a premium stout by Carlsberg Malaysia and the event was held at La Bodega and O’Galito Pavilion KL part of the ‘Just Made Right’ campaign. 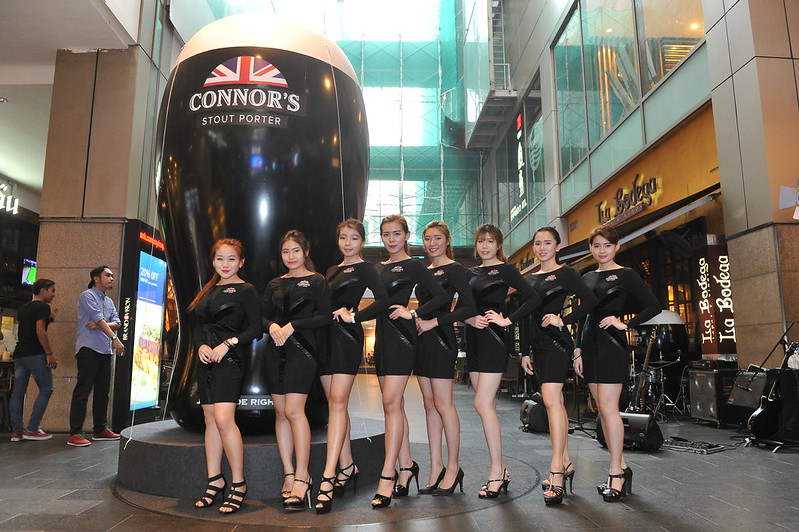 The brand unmasked its new brand identity in March last year with a perfectly refined brew crafted to suit today’s discerning stout drinkers and has since been thriving. The country’s trend setting stout unique in its right is not only here to stay but will show consumers to have unadulterated fun with ‘A Night Made Right’. 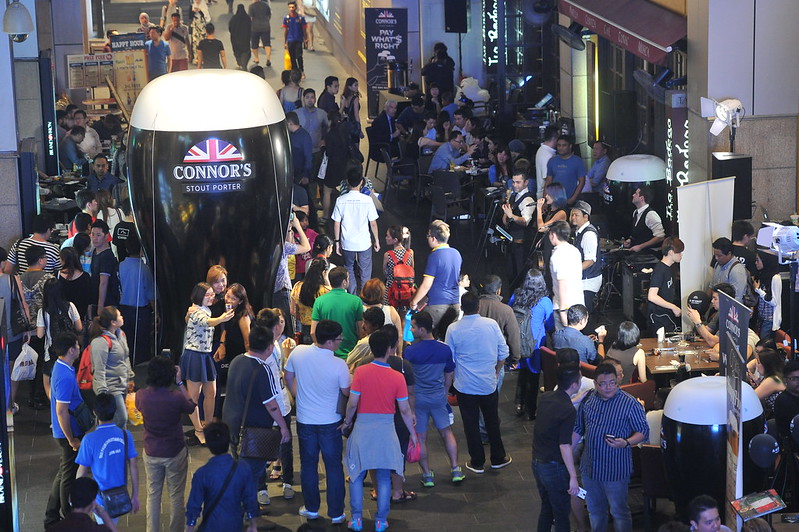 I was enjoying the evening with a group of friends and bloggers. Catching up as I have been traveling non-stop for months and taste the Connor’s Stout Porter for the first time. 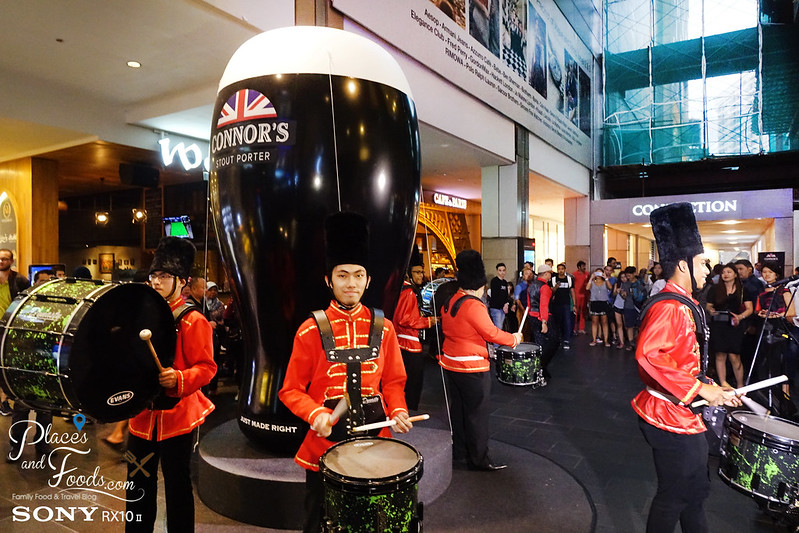 The evening started with a bit a rain and then I can feel the storm was coming. Yes, the ‘storm’ was in form of British Military Marching Band surprised the guests with a unique drums piece. It was a show stopper, shoppers and bystanders were stopped to check out the tribute to the distinct British history of the original stout porter. 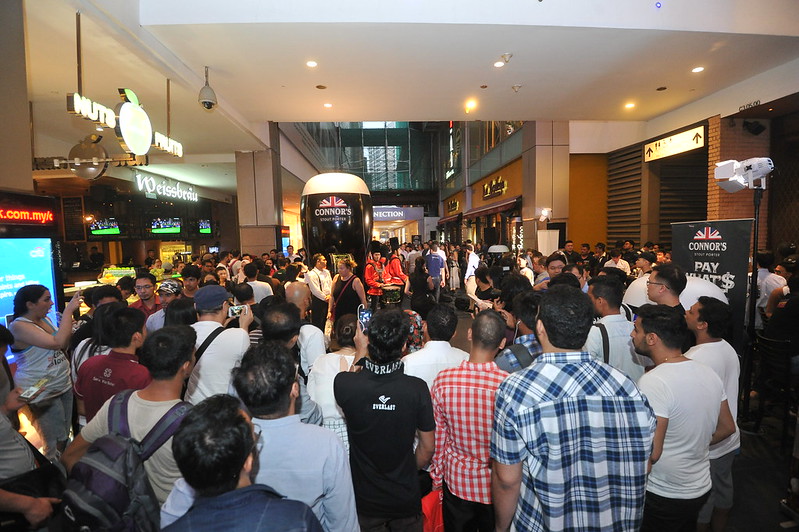 The rain didn’t stop the guests coming in to join the fun. In fact the British Military Marching Band brought more guests with its unique drum piece. 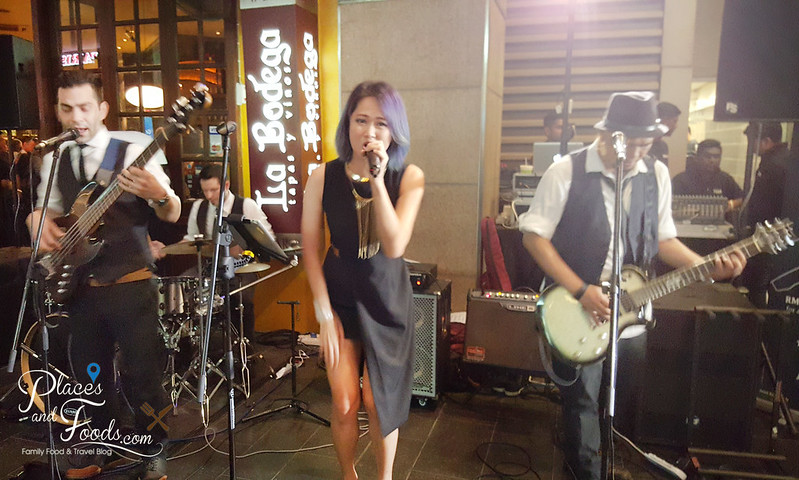 Entertaining the guests for the evening was local talent Mad Sally. Our good friend Kelly Siew is the lead singer for Mad Sally and she broke the roof. Some even danced with her as she sang dozens of hit songs. 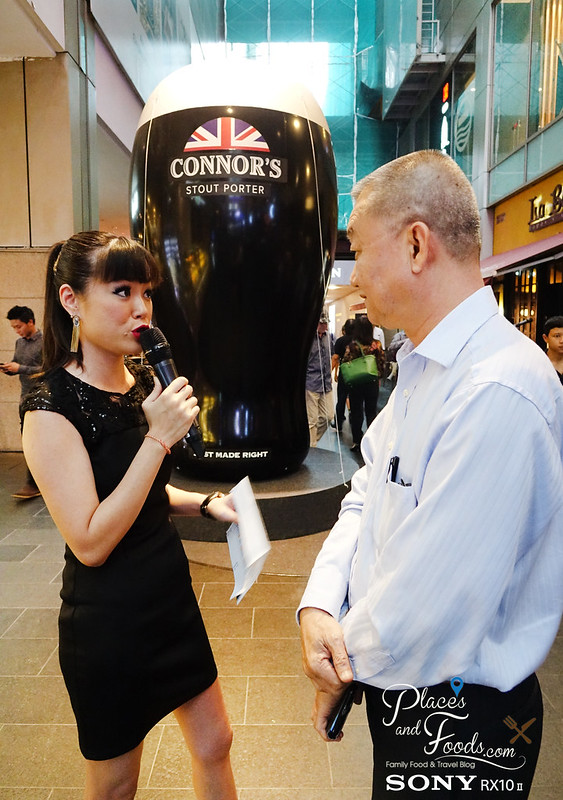 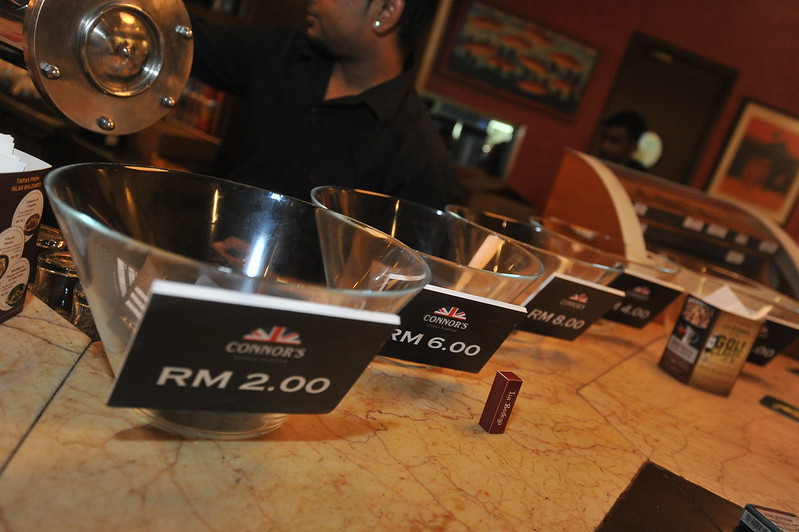 Guests were also invited to Pay What’s Right. No you heard us right… During the special promo hour, consumers can choose to pay RM2, RM4, RM6, RM8 or RM10 – a promo price you think is right for Connor’s Stout Porter and stand a chance to win RM500 cash voucher at participating outlets. 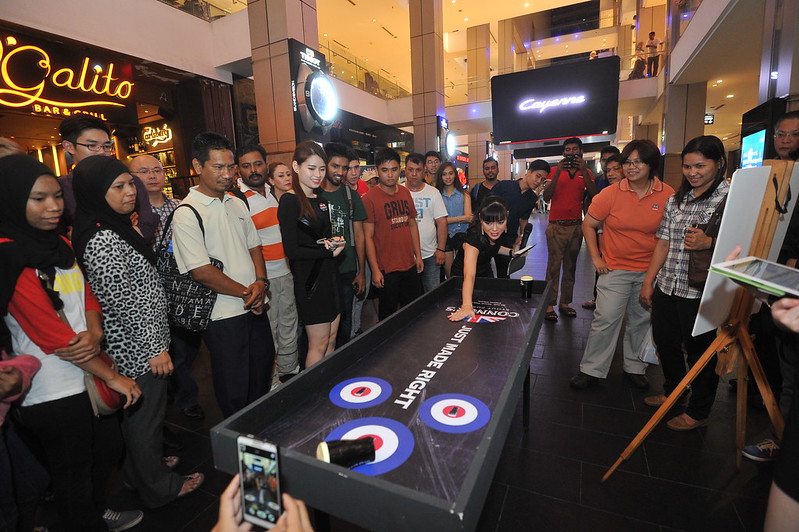 Guests were also invited to partake in Slide the Pint Game to win a free half pint. Many guests tried the game but even though the game looks simple only a few manage to win the half pint away. 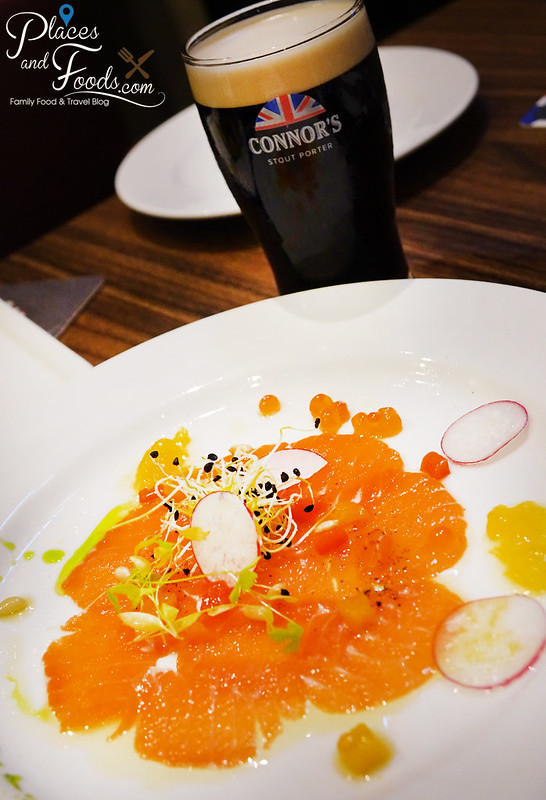 We had some food and it went well with Connor’s Stout Porter. 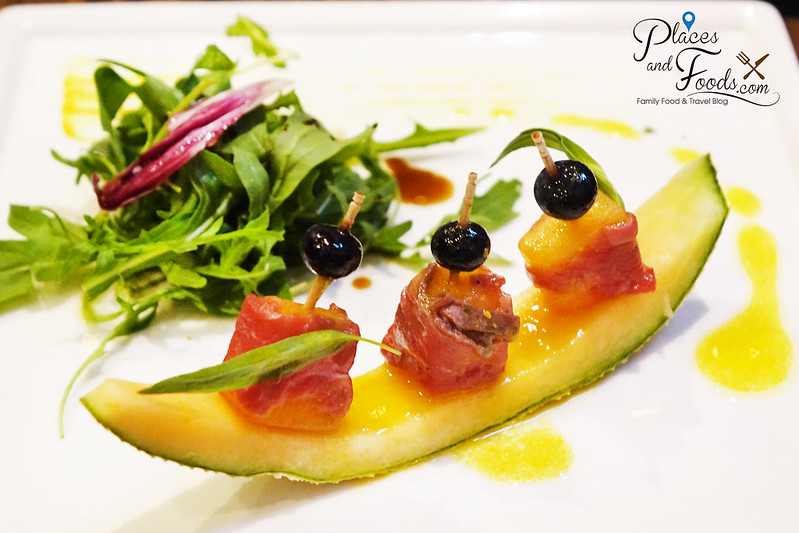 “Better in taste, younger in personality, its triple-digit growth in the past 12 months tells us that stout fans love it! Our tagline, ‘Just Made Right’ embodies the essence of the brew – no big drama on brewing, just the right ingredients and processes of Connor’s Stout Porter. ‘A Night Made Right’, our activation this year, will celebrate the joy sparked from a refreshing pint after a long day at work. Connor’s Stout Porter is not about the larger than life exhilaration but for candid interactions and embracing everyday fun moments,” said Juliet Yap, Marketing Director of Carlsberg Malaysia. 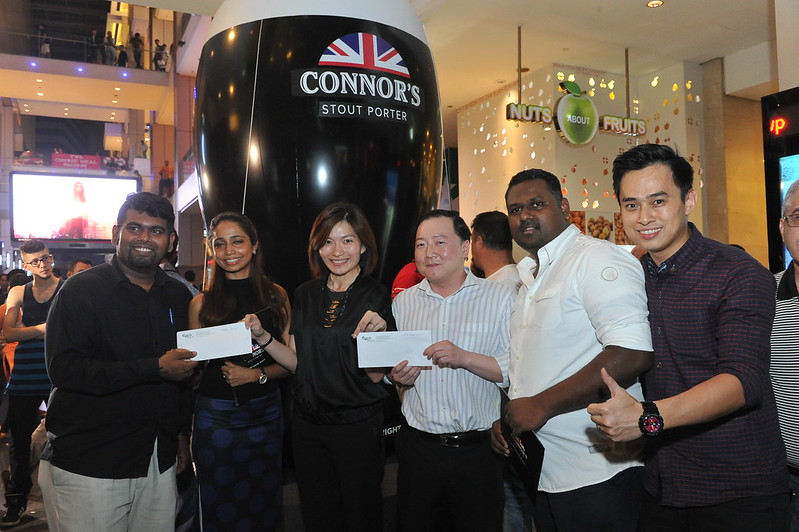 “Inspired by the original British Stout Porter recipe from the 1700’s, Connor’s Stout Porter was carefully concocted to deliver its crisp texture, gentle roasty undertones with a unique balance that’s not too rich or too bitter. Topped with a creamy head, it’ll take you straight to stout heaven. Now that’s Connor’s Stout Porter, Just Made Right. It’s a brew made with our drinkers in mind – balanced taste, flavourful aroma making it satisfying and easy to drink,” she added. 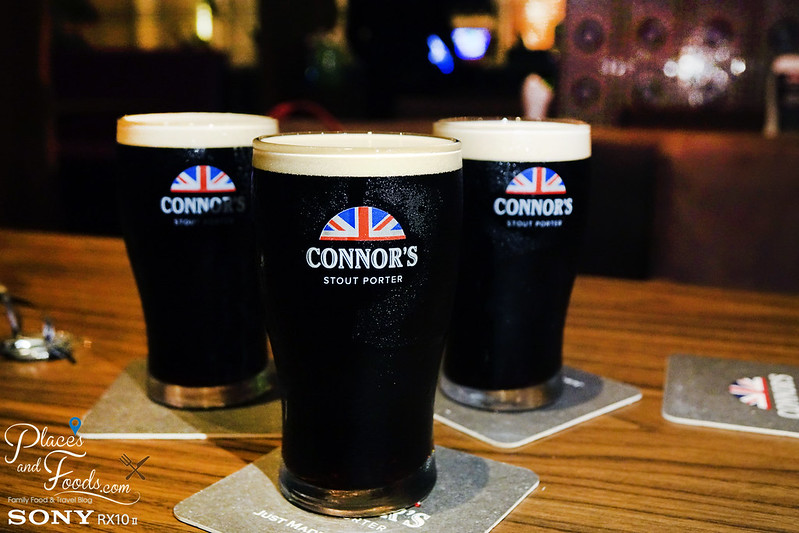 The guests and stout lovers were totally wowed by the launch and also the string of events at A Night Made Right by Connor’s Stout Porter. It was a night of entertainment, music, food, good company and awesome stout. 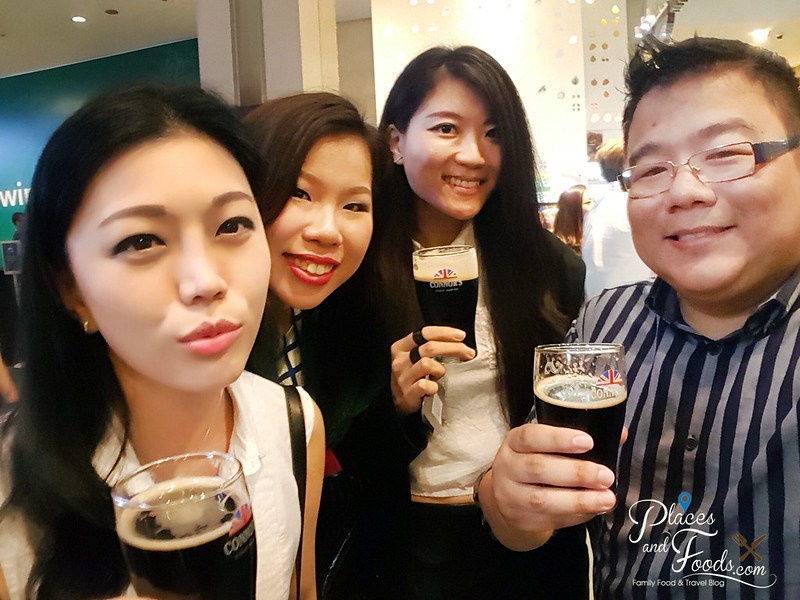 Did you miss out the ‘A Night Made Right’ launch? Fret not – Connor’s Stout Porter will be running the same activation in 80 outlets nationwide from April to May 2016. Consumers can ‘Pay What’s Right’ for Connor’s Stout Porter during the Special Promo Hour and stand a chance to win RM500 cash voucher, try their hand at ‘Slide the Pint’ for a free half pint and snap a sharable picture for ‘Share for a Pint’ to win some Connor’s prize vouchers. Now that’s a Night Made Just Right.