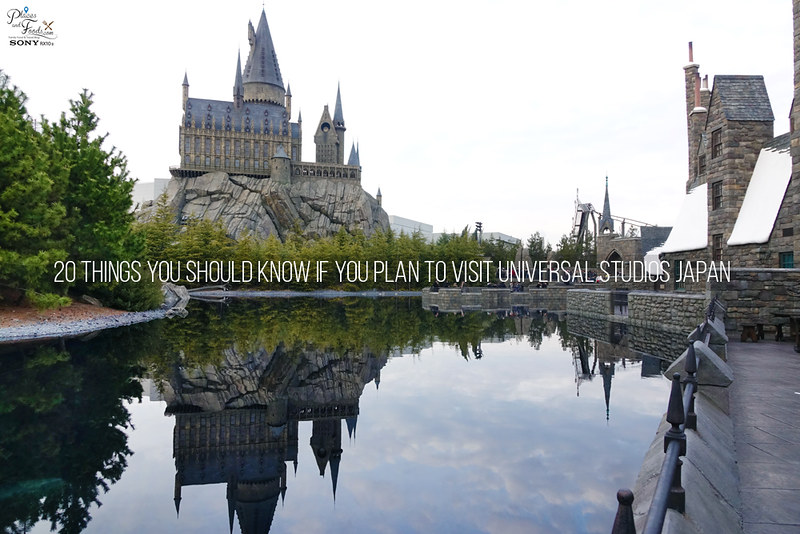 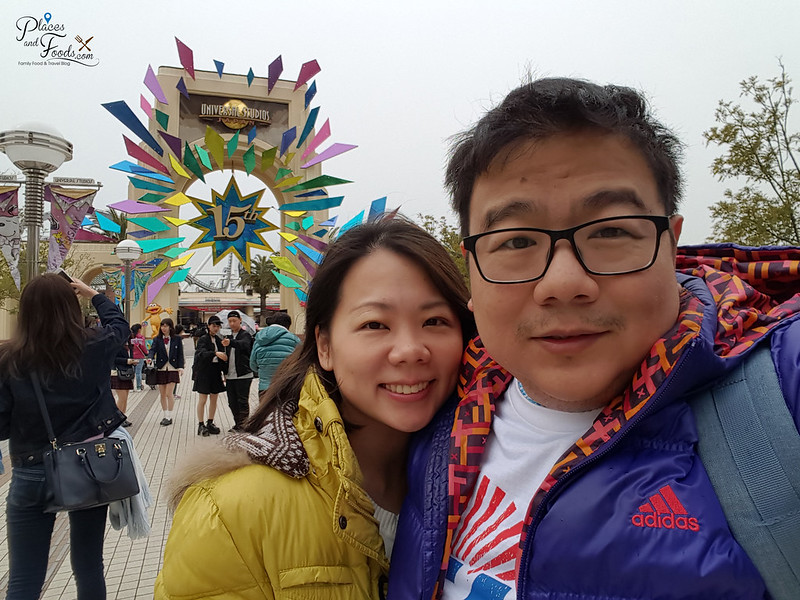 From our day trip experience to USJ, we list down all the 20 Things You Should Know If You Plan to Visit Universal Studios Japan. 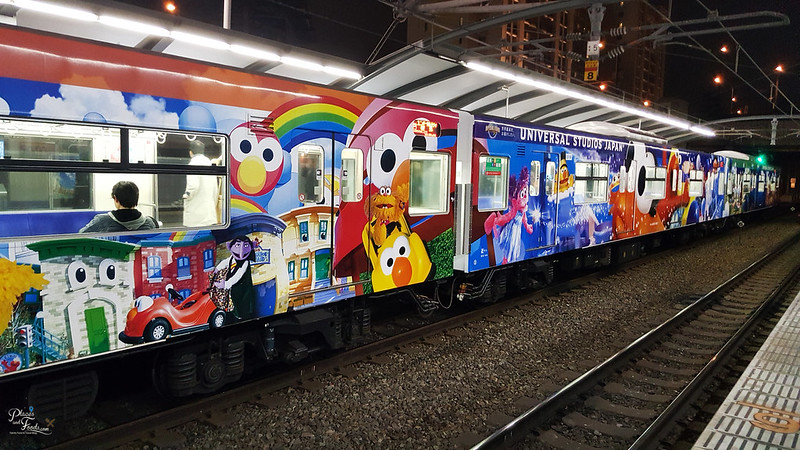 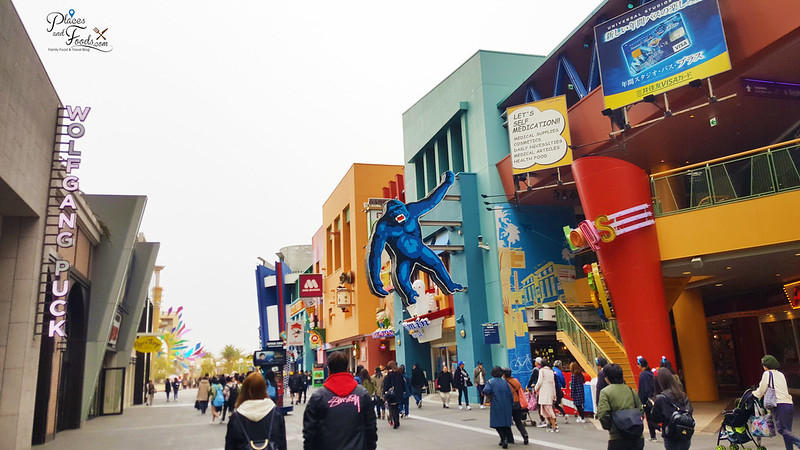 There is a mall in front of Universal Studios Japan and it is called Universal City. You can find many restaurants and retail shops here at Universal city. There are quite a number of good Japanese restaurants and there is also a JUMP shop and GAP factory outlet here.

3.You can buy the ticket online 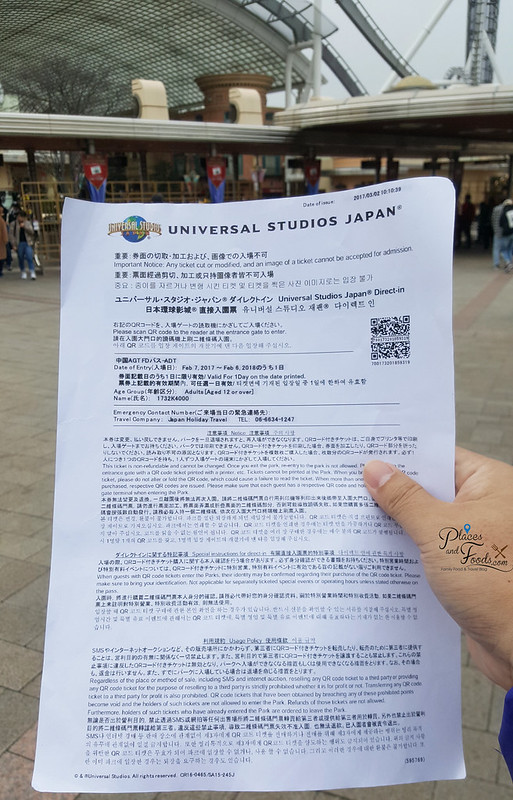 This is probably the most important thing you need to know. You can buy the ticket online for a few reasons. When you purchase your ticket online, you don’t need to queue at the ticket counter, go to the left and show them your printed ticket or QR Code, let them scan and they will let you in. 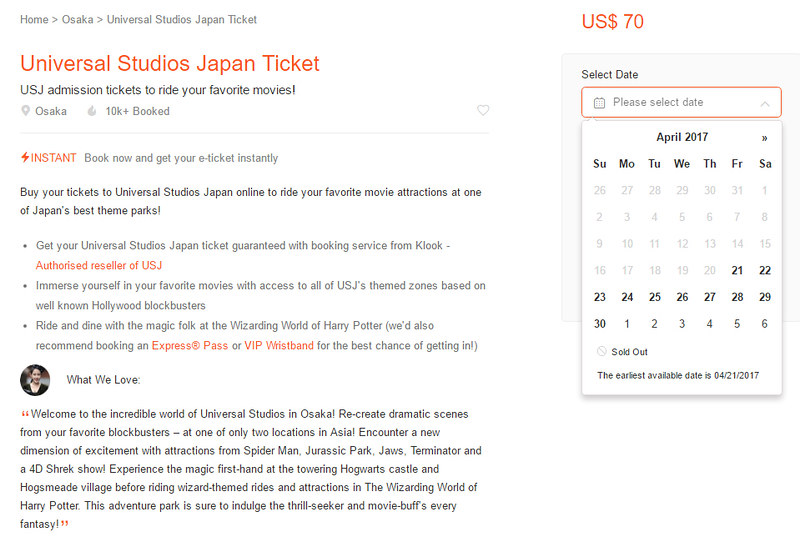 Secondly, you can get it cheaper with authorized online seller like Klook.com. There are many websites claim that they are original reseller but we only trust the one that we used. We purchased four tickets for Universal Studios Japan last month and we have no problems at all. Buy getting your tickets online means you don’t need to queue, cheaper and more convenient for you to as they will email the tickets to you. Be smart, purchase online. 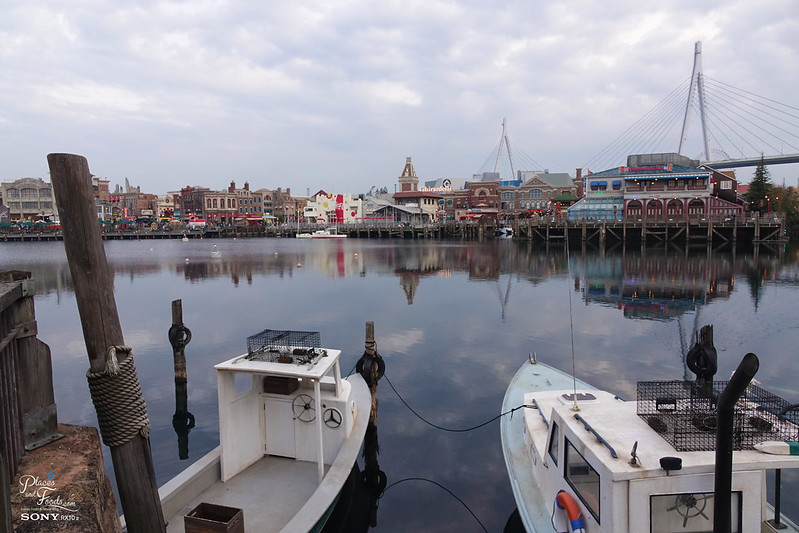 There is a limit on visitors to Universal Studios Parks around the world. Despite the crowd control, there are long queues to all the rides. Some rides require one hour of queue while the popular can take up to 4 hours of queue.

6.Can I buy the Express Pass at Universal Studios Japan?

Yes, you can if there is Express Pass available on that day. There are limited Express Pass allocated for a day and why do you want to queue up and waste time when you can purchase online? Buy early to avoid disappointment.

7.Why are there so many different types of Universal Express Passes? 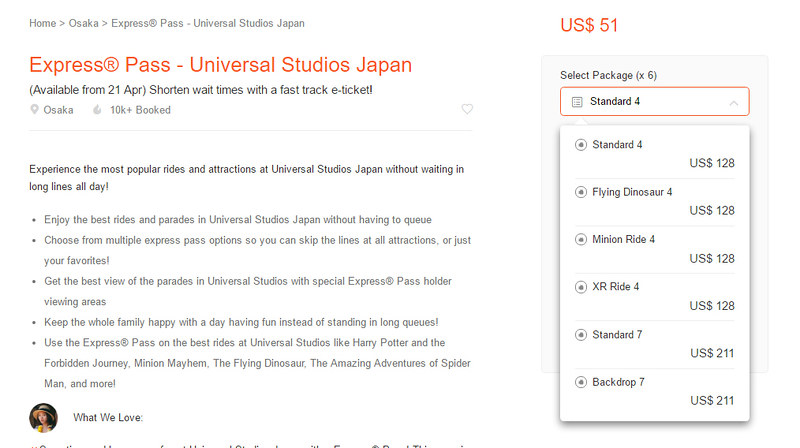 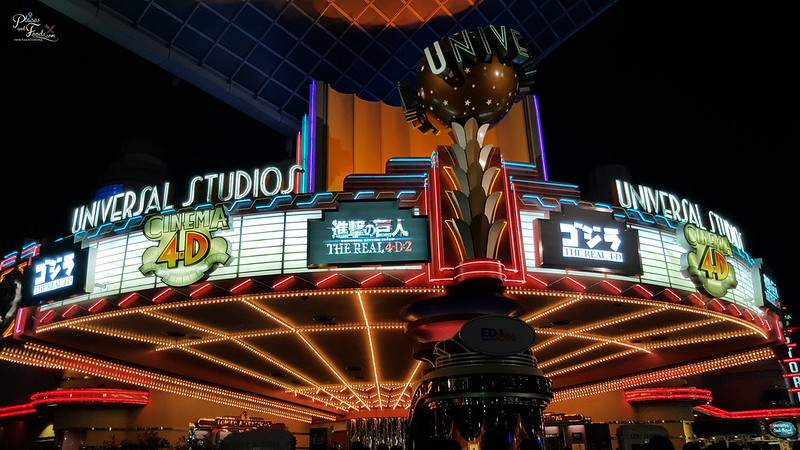 The Universal Studios Japan opens at 8.30 am to 9 am daily and it closes from 7.30pm to 9pm. Some rides closed at 7pm and some extended further and it all depends on the day itself. Always ask the park attendants for more info or check the full schedule here.

10.Get the Map and Schedule at Information Counter

This is something you need to do first. Right after you enter Universal Studios, turn left and you will see the information counter and get the map of the choice of your language. It comes with English, Japanese, Chinese and more.

Without the map, you will be like headless chicken. Like we mentioned earlier, the theme park is huge so it is better you have a map and knows where you are heading. There are many park assistants around and you can always ask them if you are lost. All of them speaks English.

This is important as there is no outside food is allowed within Universal Studios Japan. They didn’t check on our mineral water though. Once you are in, you have to eat inside and they will check your bag.

12.Can I re-entry Universal Studios Japan for the same day?

This is one thing you should know. Even though the ticket is a day pass but it means for you to entry any time on that day. If you exit the park, you have to purchase a new ticket. Yes, you can’t re-entry Universal Studios Japan once you exited.

Once you get your map, head on to the Wizardly World of Harry Potter first before it gets crowded. If you are late, you need to take a number to visit this place later. As you enter the Wizardly World Of Harry Potter, you will be transported to the world of JK Rowlings. This is one of the mind blowing experiences in Universal Studios Japan.

Go straight to Hogwarts Castle for the Harry Potter and the Forbidden Journey ride. During peak time, the queue can go up to four hours!

If you do not want to go for the ride, just walk into the line and you see the entrance of the Castle Walk. Talk to the park assistant if you are not sure. 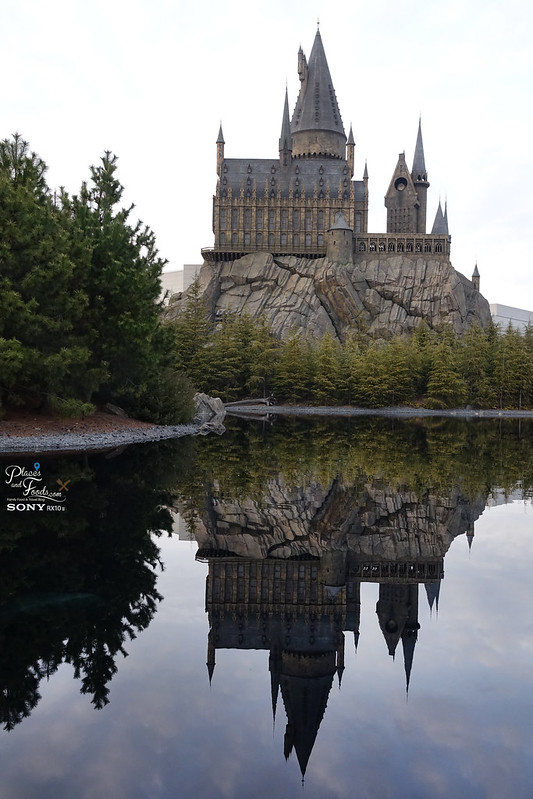 There is a secret spot for taking Hogwarts Castle with reflection with no obstructions. This secret spot is at the courtyard of The Three Broomstick and you can capture the castle with the reflection on the Black Lake. The Three Broomstick is the restaurant within The Wizardly World of Harry Potter and the courtyard is at the back of the restaurant. It is quite easy to find.

15.Must try the Butter Beer at Wizardly World of Harry Potter and experience the special theme food

Well, it is not actually a beer but it is called the butter beer and you can only get it in e Wizardly World of Harry Potter. It is pricey but it is tasty. 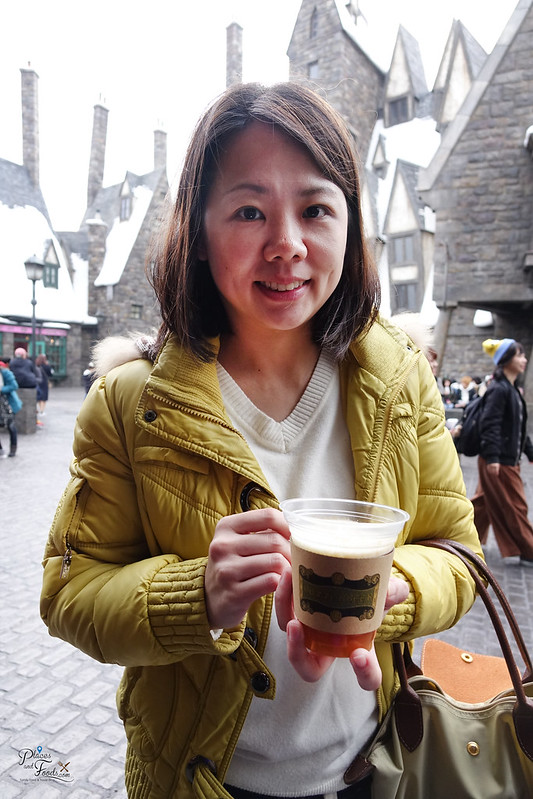 16.Food in Universal City is better 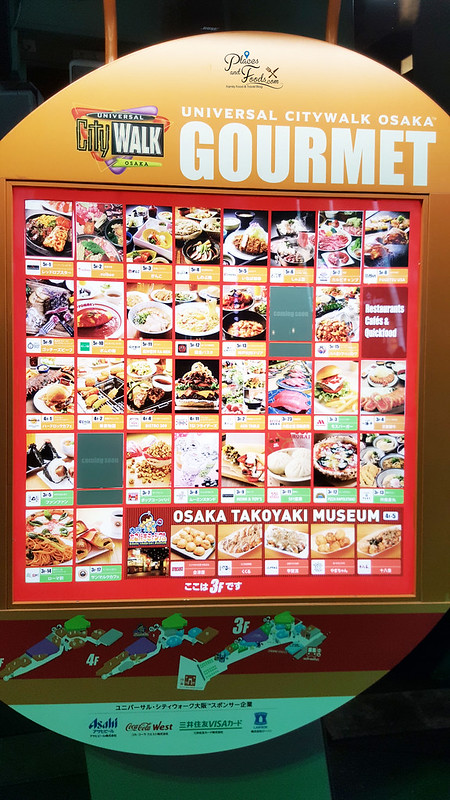 The truth is the food in Universal City is better. We are being honest and you can eat first before you visit Universal Studios Japan and they are still opened till late after the park is closed. There are quite a number of restaurants in Universal City.

17. Shows are in Japanese 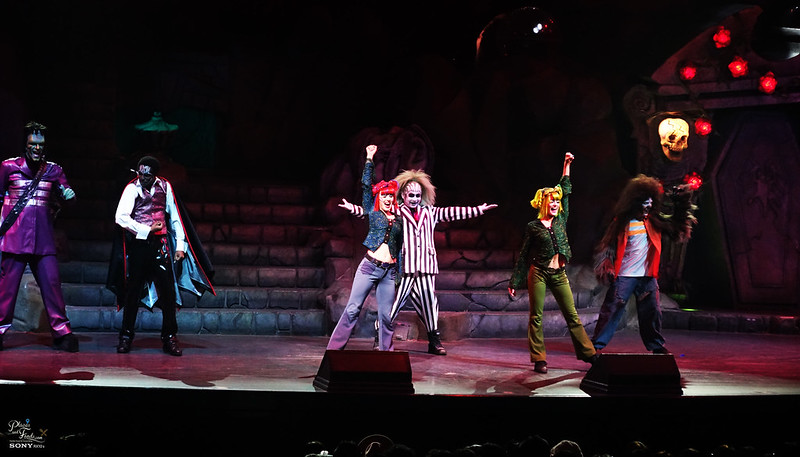 This year is the 15th anniversary of Universal Studios Japan so there is a cool 15th Anniversary Parade at 2.30pm. Don’t miss this cool parade as it is for this year only.

19.What time is the Universal Studios Japan Fireworks?

Universal Studios Japan only has fireworks on special occasions such as New Year’s Eve or Christmas Day. There is no more daily fireworks and please take note.

Lastly, you should buy some souvenirs for memory keepsake in Universal Studios Japan. There are many souvenir stores in the park and also there are many different types of souvenirs available. Do check out the clearance sale from time to time in their stores. 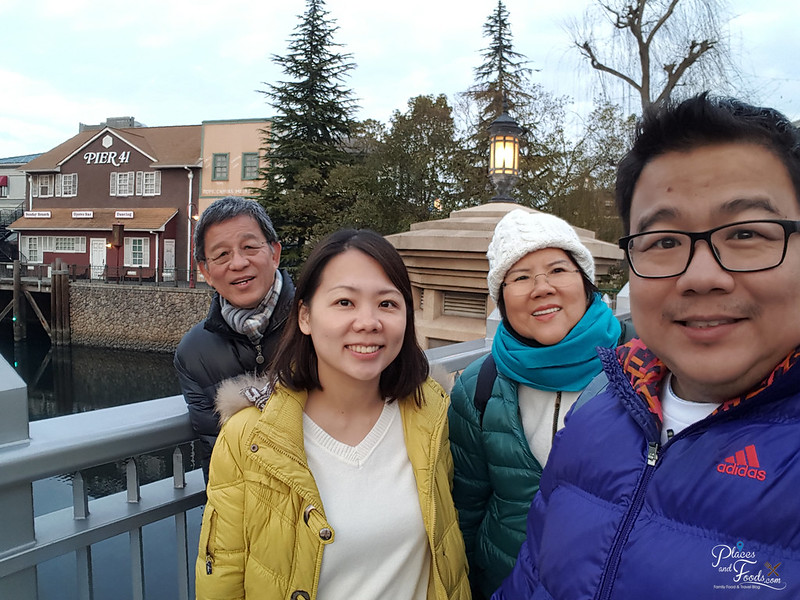 We hope our experiences and tips will help in planning and preparing your trip to Universal Studios Japan. Thank you for reading and remember to share this to your friends if you like our story. Bookmarked our blog as we will constantly update food and travel tips and experiences.