AirAsiaX Indonesia To Fly to Narita Japan from Denpasar Bali

Everyone is talking and traveling to Japan right now. Since Japan starts to relax the visitor visa to South East Asian countries such as Malaysia and Indonesia, there is the double digit growth on tourists arrival on year to year basis. It is no surprise that AirAsiaX Indonesia takes this opportunity to fly to Japan from Indonesia.

They will be flying on Mondays, Wednesdays, Fridays and Sundays every week and there are still many seats available at IR 1.9 million. 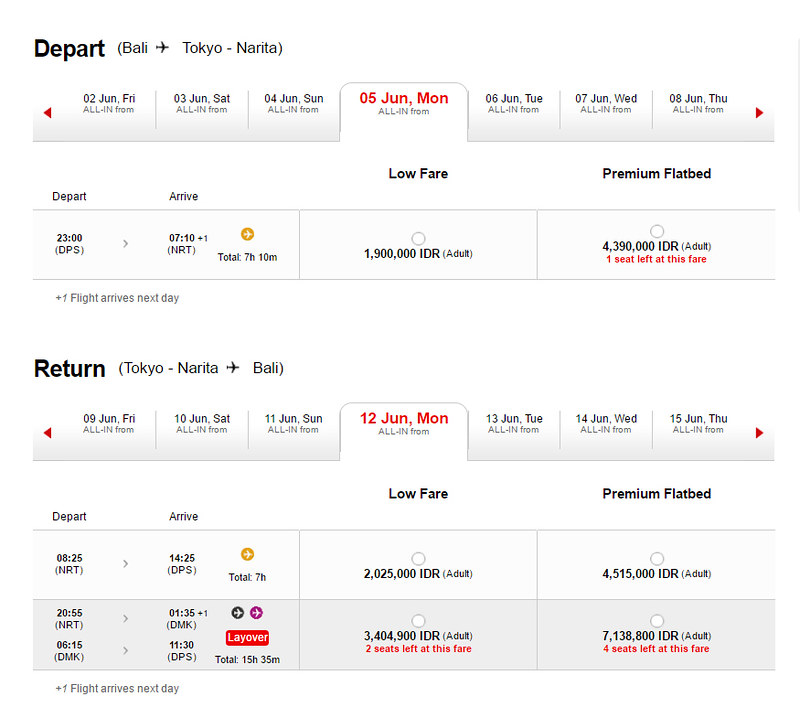 What’s interesting is AirAsiaX stopped this route two years ago and restarted this flight with AirAsiaX Indonesia.