AirAsia will be start flying to Ipoh! 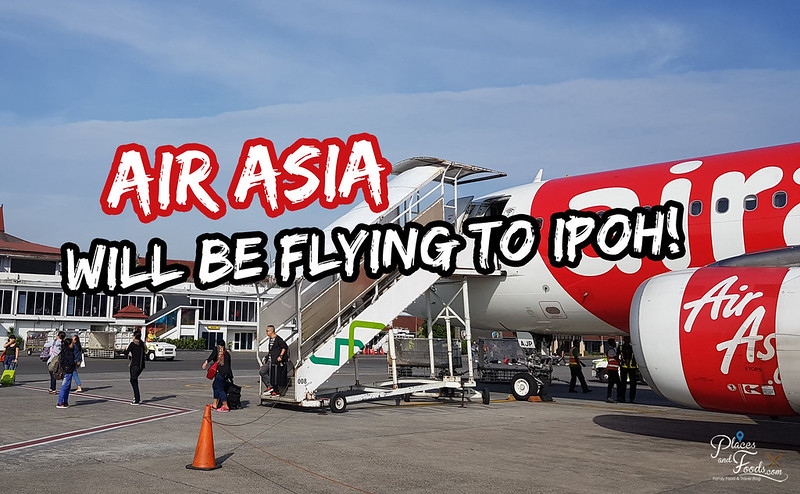 He just announced just so long ago that AirAsia will be flying to and from Ipoh with Johor Bahru as the first destination. 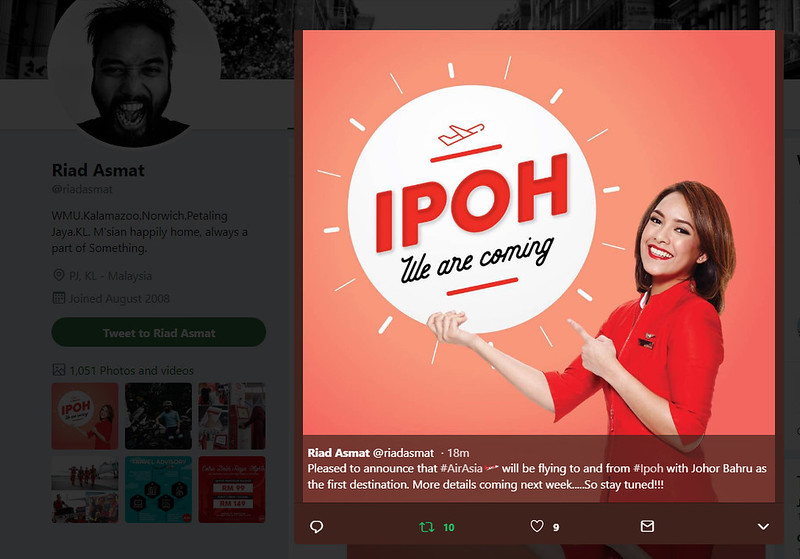 “Pleased to announce that #AirAsia will be flying to and from #Ipoh with Johor Bahru as the first destination. More details coming next week…..So stay tuned!!!”

We think this is a very good decision. This is a very interesting route as it takes a long time to drive from Johor Bahru to Ipoh as you have to drive through the city. There are plenty of things to do in both cities in Ipoh and Johor Bahru and this might encourage more local tourism (as we really needed it now then ever). Flying to Ipoh from Johor Bahru or the vice versa will be easier with AirAsia. Now, we have to wait for more official announced by Riad Asmat or AirAsia.