Skip to content
My Younger Brother, Ng Chun Seong Featured in Klue Magazine’s 20 Under 40 (September ’09). Many might be asking who is he? Where he comes from? Knowing the rest of the entries are heavy weights such as KRU, Amir Muhammad, Chris Chong, Bunkface and personal friend Joon Han and Adly, my younger brother worked hard for his dreams. 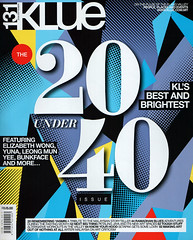 8 years ago, my younger brother shocked the family saying he wanted to learn graphic design. During our childhood years, he showed no natural talent in drawing or painting but he told us that he will work hard to learn it. So then he went to One Academy and graduated there. From zero to hero, he mastered his skills in design and his works were getting better and better. From there, he worked in a few months in a local 3D animation company before he decided to pursue his Master of Art in Animation at Savannah Art of College.

He moved to Los Angeles after his graduation to pursue his dreams as a 3D modeler. Getting a job was never been easier. There were a few 3D animation departments closed down at that time. For almost 4-6 months, he was jobless. He stayed at home improving his portfolio and he won a few awards for his work.

His patience awarded by a call from Hydraulx. They asked him to work as a 3D modeler for the graveyard shifts. He happily accepted the job. As it was so sudden, he had to drive more than an hour to go to work as he had no time to move. He got to know that more than 1000 applicants applied for his post. He considered himself lucky to land his job. We at home were very happy as his patience paid off. 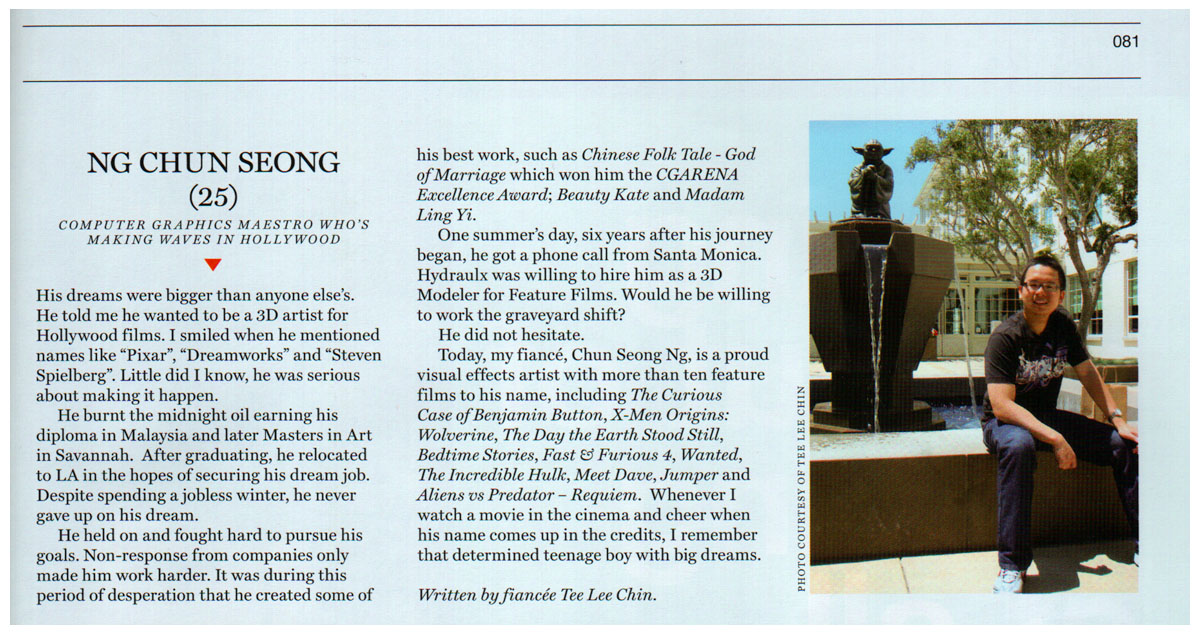 He went on and involved in featured films such as AVPR, the Incredible Hulk and many more. My parents would go to the cinema and watched all his movies. We felt so proud to see his name credited. We also felt proud to tell our friends that my younger brother did part of the movie. His works not just limited to us, but to the rest of the world.

If you asked me if he deserved to be shortlisted, I would say he DAMN deserved it! -www.chunseong.com-