It is hard to believe that we are in the last month of the year. Christmas is coming and we celebrated early with Guinness. It is the Merry GUINNESS® with Adam Liaw. 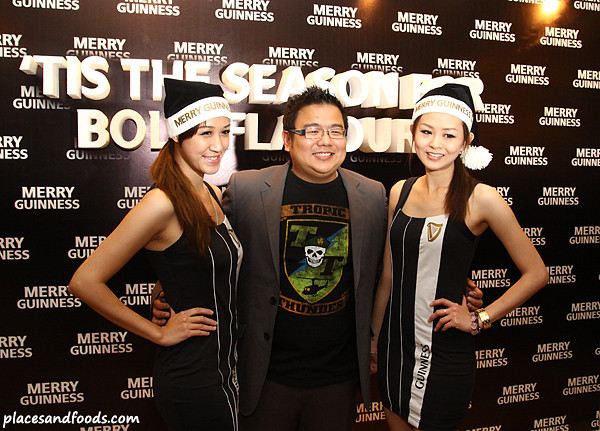 Who is Adam Liaw? For those who glued their eyes for the Masterchef Australia Season 2 series on StarWorld in Asia, Adam Liaw was crowned as the winner after beating Callum in the finals last year. The final episode which aired in Australia is the 3rd highest rating show of all time (in Australia). Adam Liaw is currently the ambassador of Malaysian Kitchen Australia and he is heavily promoting Malaysian food in Australia. Adam Liaw’s parents are from Malaysia so it’s nice to see someone linked with Malaysia in the show.

I followed the show on Youtube way before it was shown on StarWorld. In fact, I met him earlier this year during his trip to Malaysia. Check out my experience HERE. 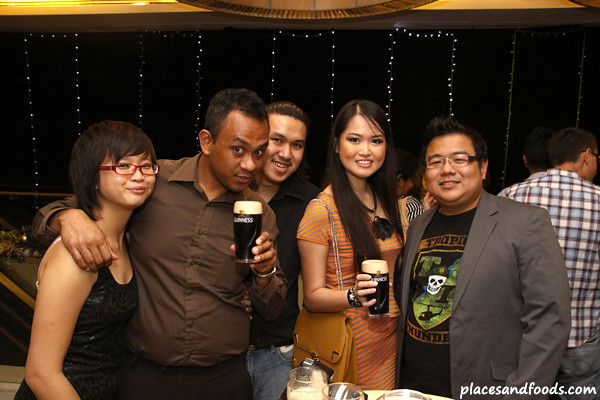 GUINNESS® has a long association as the perfect combination with food. For generations, GUINNESS® has been used to intensify flavours, add depth, enhance texture and when it boils down to it, just make good food tastes great. Building on this heritage, GUINNESS® launched its 2011 Merry GUINNESS® Christmas campaign with a culinary display by MasterChef Adam Liaw, winner of MasterChef Australia Season 2. The celebrity chef unveiled 8 bold new Yuletide GUINNESS®-infused recipes that will be featured in participating Merry GUINNESS® outlets throughout the month of December.

More than 150 invited guests including chefs from participating Merry GUINNESS® outlets nationwide were present at the launch as the MasterChef himself prepared his specially crafted GUINNESS® infused Christmas recipes for guests. 25 lucky GUINNESS® Facebook fans also won the chance to be part of this exclusive event and were among the first to be treated to his specially crafted Merry Guinness Christmas menu.

“GUINNESS® has a bold and distinctive flavour that marries well with both sweet and savoury tastes, whether used as an ingredient or simply enjoyed together as part of a great meal. I’ve tried to capture the unique taste and texture of GUINNESS® in each of these dishes, and hope you all enjoy them as much as I have. I am so glad that GUINNESS® has given me this opportunity to create these special dishes for all my Malaysian fans this Christmas.” said MasterChef Adam Liaw at the launch. 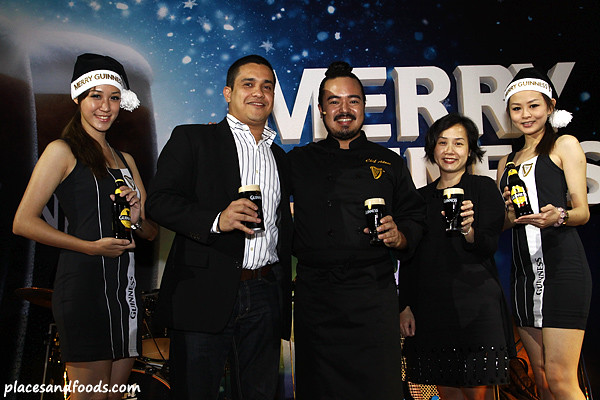 Peter Khemlani, Marketing Manager of Guinness® Malaysia said: “If you were to ask anyone what Christmas is best known for, they’ll definitely tell you, it’s the great food! And GUINNESS® has been synonymous with great food for decades, especially during the festive season. So this year, we wanted to share the bold flavours of Guinness-infused cuisines with our consumers. We are excited to have Masterchef Adam design these unique recipes especially for you this Christmas. So do come and celebrate great food and good times with us this Christmas.”

We were expecting a great meal as created by Adam. We have seen his remarkable dishes on TV, time for us to sample his creations infused with Guinness. 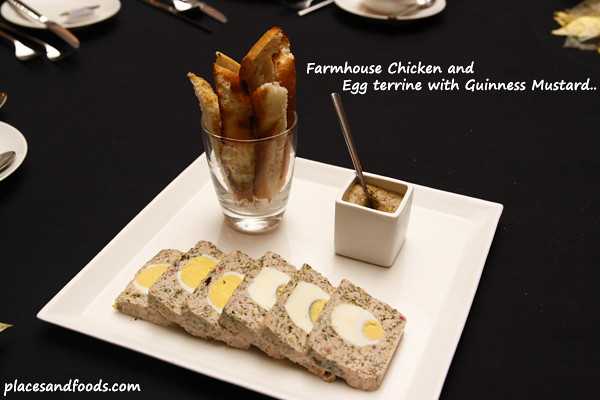 Farmhouse Chicken and Egg terrine with Guinness Mustard. It was my first time having the farmhouse chicken and egg terrine and it was pretty tasty. It went well with the Guinness mustard. Yes, it Guinness infused mustard. 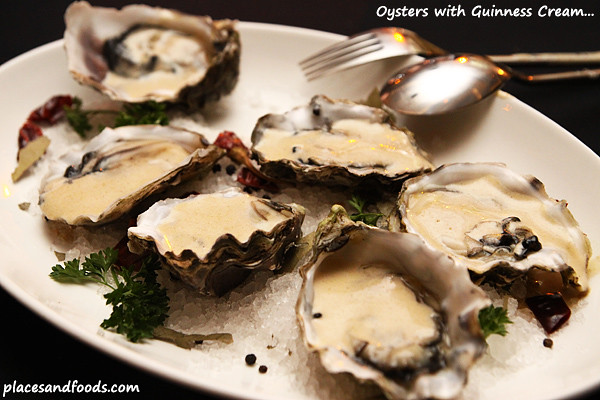 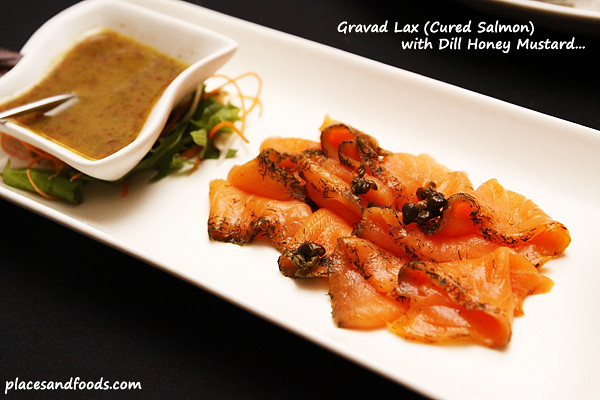 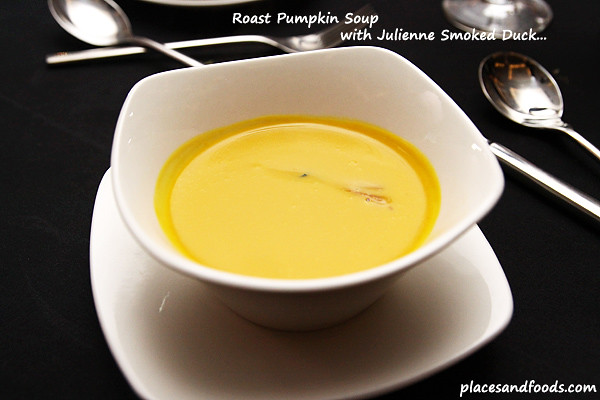 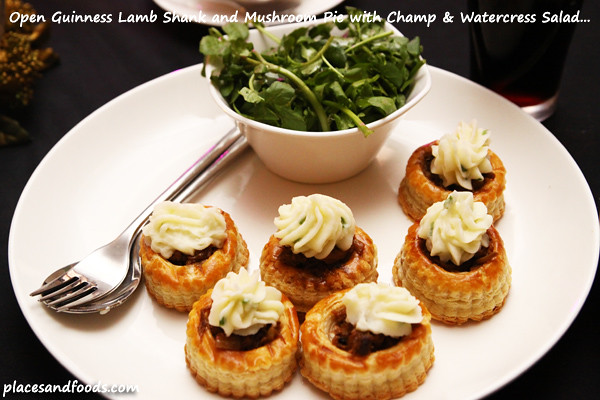 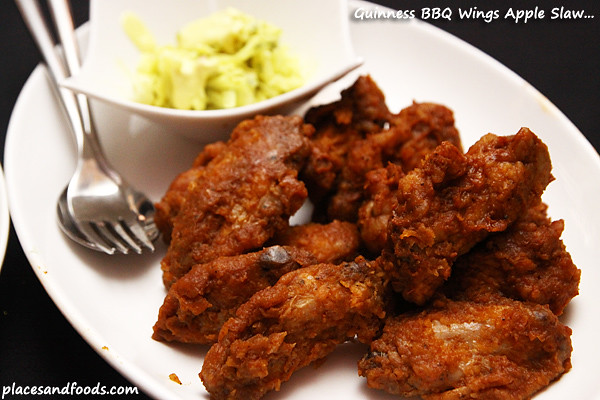 Guinness BBQ Wings apple slaw. I thought the chicken skin was too soft to my liking but the taste was good. Chicken was well marinated. 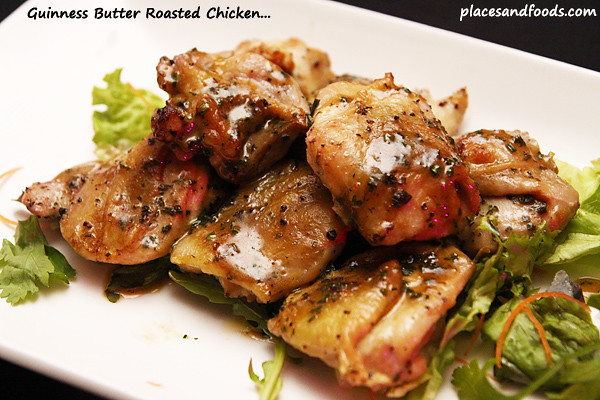 Guinness butter roasted chicken. If not mistaken, these are the chicken oysters that were shown at Masterchef Australia Masterclass. Juicy and tender, chicken oysters are small section of meat in between the thigh and drumstick. Infused with Guinness and butter, this was delicious. 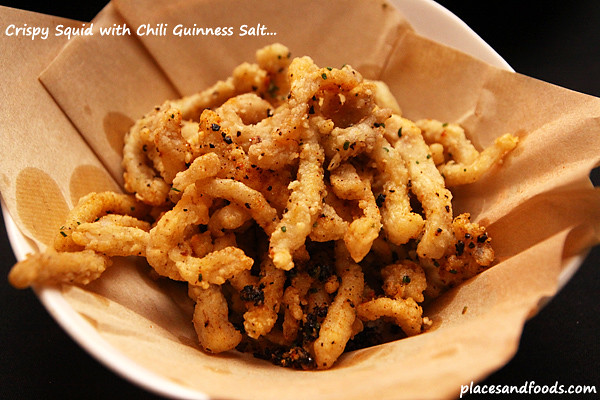 Crispy squid with chili Guinness salt. You might think this is another version of fried calamari but you are wrong. The star of this dish is the Guinness salt. Created by Adam, this salt is created with more than 20 ingredients! Of course the details of the ingredients are confidential. 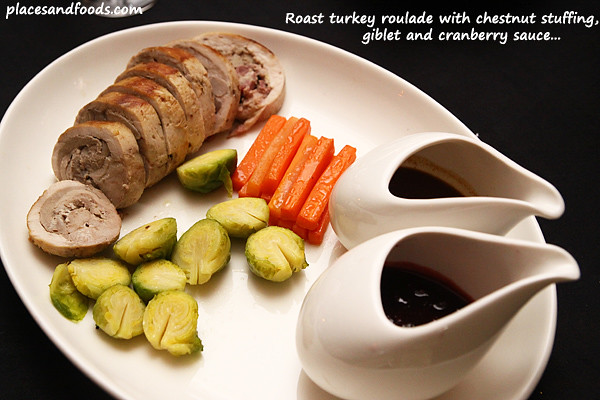 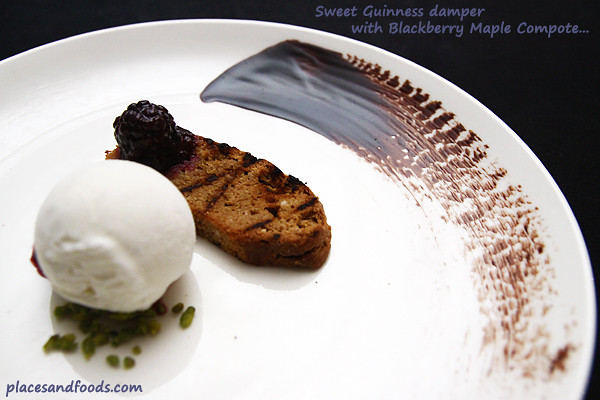 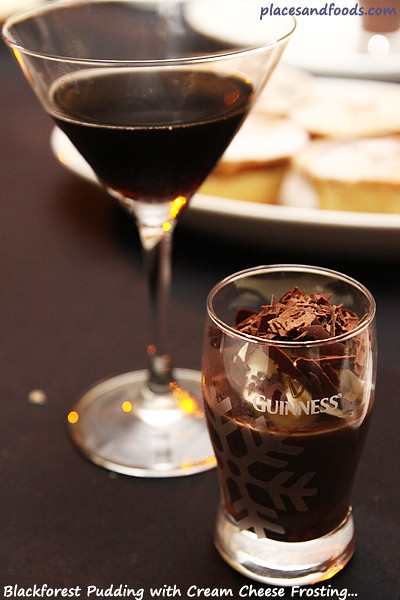 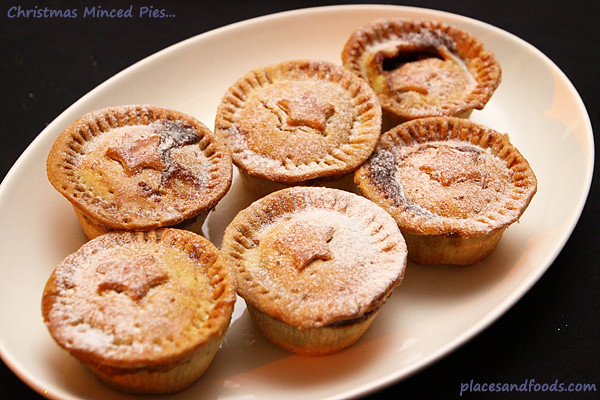 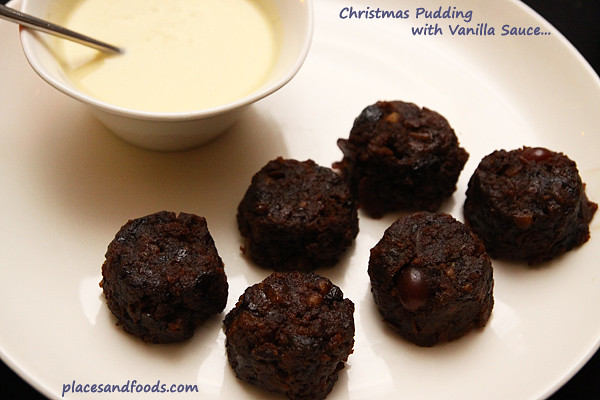 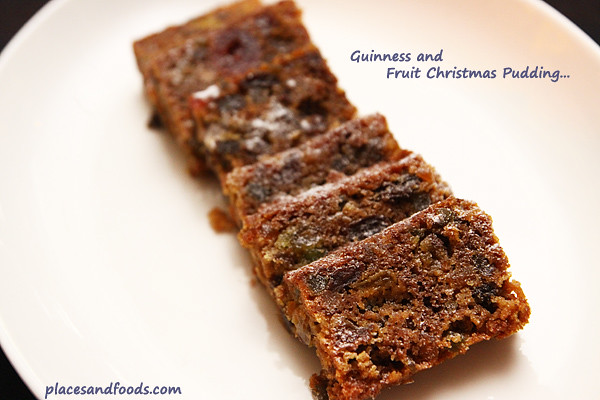 It was an awesome meal, I was Guinness-fied at the end of the day. It was great to meet Adam again. We had a lengthy chat since I met up with him earlier this year. We chat about Masterchef Australia Season 3 and his trips to Malaysia. He is a great guy to talk to, he is very cheerful and straight forward. 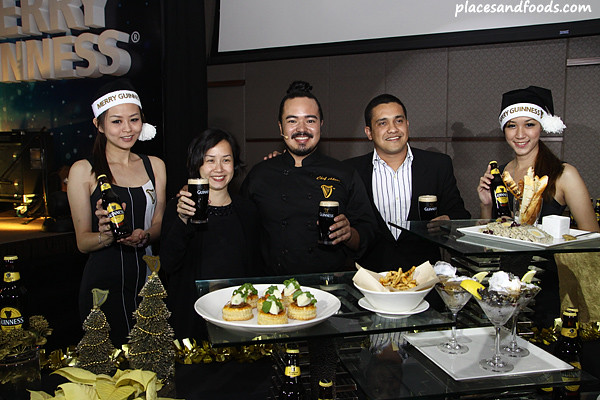 As part of the month long festivities, GUINNESS® Malaysia will also be hosting 5 Merry GUINNESS® Christmas parties at the following venues:

The Merry Guinness Parties will feature a delectable spread of great food inspired by MasterChef Adam’s scrumptious recipes. Be prepared to feast your senses on more than 30 delectable Christmas dishes, great music, fun activities paired with incredible promotions on pints of your favourite black brew!

The Merry GUINNESS® nationwide promotion will also be available in more than 2,000 pubs and bars across Malaysia. For every six pints of GUINNESS® draught or one bucket of GUINNESS® Foreign Extra Stout purchased at participating outlets, consumers will receive a free limited edition GUINNESS® money clip. These elegant money clips make a perfect addition to your Christmas stockings this festive season. 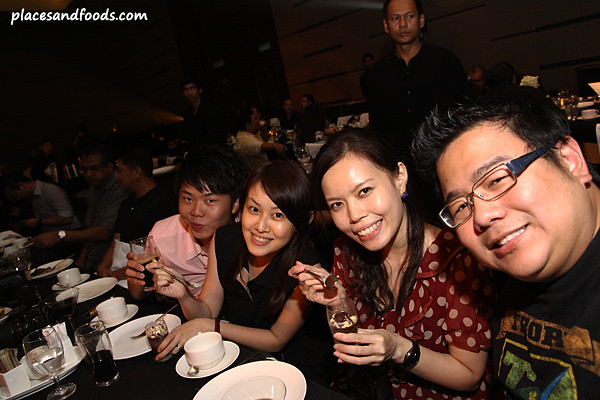 So whether gathering with friends or family this Christmas, there’s certainly no better place to celebrate good times with great food than at a participating Merry GUINNESS® outlet. For more information on Merry GUINNESS® this festive season, be sure to check it out on www.facebook.com/guinnessmalaysia. 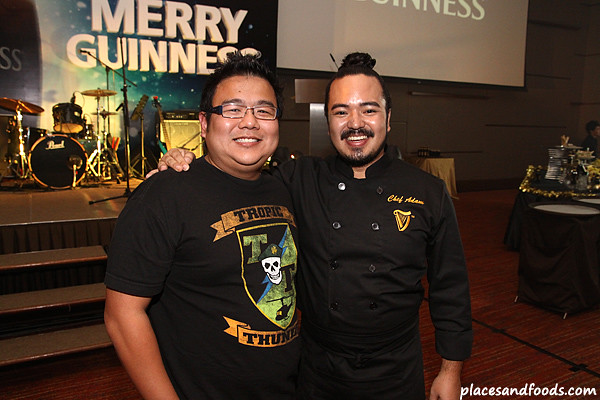 It was great to chat with him again, he will always remembered me as the guy who managed to find him in KL Sentral in a private event. I’m his big fan!
Masterchef Australia Adam Liaw Profile

He may have been a young prodigy having completed Year 11 at just14-years-old, enrolled in university at age 16 and become a lawyer by 21, but Adam Liaw Winner of the 2nd series of the Ch10 hit series MasterChef, will tell you taking out the title was one of his proudest moments.

On the 25th July 2010 watched by over 4.2 million people, Adam completed a grueling round of finale tests to finish a close 4 points ahead of his opponent and mate Callum Hahn. Relief and shock flooded his face as he came to realize that success was so much sweeter when it came from achieving something you are truly passionate about.

When growing up in Adelaide, there seemed little doubt that Adam’s world would eventually centre around cooking.

“I first remember cooking when I was eight or nine and living with my mum and stepfather,” explains Adam. “With my stepbrothers and sisters, there were eight of us kids in the house and once a month, it would be the kids’ turn to make dinner.

“We moved around a bit when I was younger, like over to Malaysia, and there would always be some kind of food that I had loved – and wanted to cook – for the whole family.”

He moved to Japan six years ago, where his love affair with food blossomed. And after forging a successful career as a lawyer, Adam handed down his verdict on his culinary future: he wants to open his own Japanese Izakaya, which is like a pub with a casual restaurant.

The opportunity to return home and step the path that would ultimately fulfill his culinary dream came in the form of MasterChef Series 2.  Having lived in Japan he knew little about the series but in late 2009 he took the plunge, quit his job and returned to Australia to line up with 7000 others, all hopeful to secure a place in the top 50.

As the winner of MasterChef Series 2 he has worked in the kitchens of some of his biggest idols like Tetsuya, Gilbert Lau and Peter Gilmore.  Plans for his Izakaya are underway with an opening planned for late 2011 and the most coveted part of the prize package, Adam’s first cookbook ‘Two Asian Kitchens’, was released by Random House in April 2011. You can follow him on Twitter at Twitter.com/adamliaw 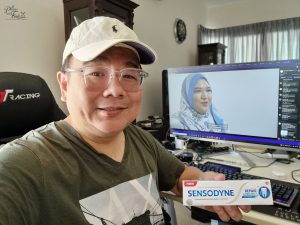