Sydney Harbour Bridge is 80 years old. Coincidently I was in Sydney after 7 days of adventure in Tasmania. The Harbour Bridge is a very famous tourist spot in Sydney and I have been there various times for photographs. Some might call the Harbour Bridge as “grand lady” and the 80th Anniversary was on 19th March 2012. Thus, it is located opposite the Sydney Opera House and near the The Rocks and the CBD (Central Business Distict).

The Sydney Harbour Bridge is a steel through arch bridge across Sydney Harbour that carries rail, vehicular, bicycle and pedestrian traffic between the Sydney central business district (CBD) and the North Shore. The dramatic view of the bridge, the harbour, and the nearby Sydney Opera House is an iconic image of both Sydney and Australia. The bridge is nicknamed “The Coathanger” because of its arch-based design.

Under the directions of Dr J.J.C. Bradfield of the NSW Department of Public Works, the bridge was designed and built by British firm Dorman Long and Co Ltd of Middlesbrough and opened in 1932  The bridge’s design was influenced by the Hell Gate bridge in New York. According to the Guinness World Records, it is the world’s widest long-span bridge. It is also the fifth longest spanning-arch bridge in the world, and it is the tallest steel arch bridge, measuring 134 metres (440 ft) from top to water level. Until 1967 the Harbour Bridge was Sydney’s tallest structure. – Wikipedia.org 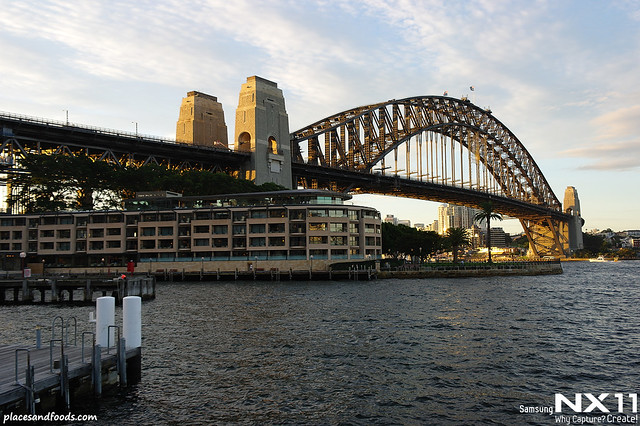 I have taken three pictures of Sydney Harbour Bridge from two different locations. The first one was taken at The Rocks Dawes Point (near Hickson Road). There are restaurants at the harbour front and you have nice picture Sydney Opera House too. 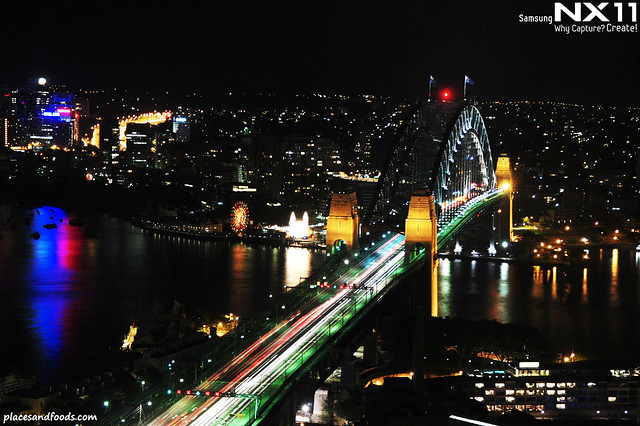 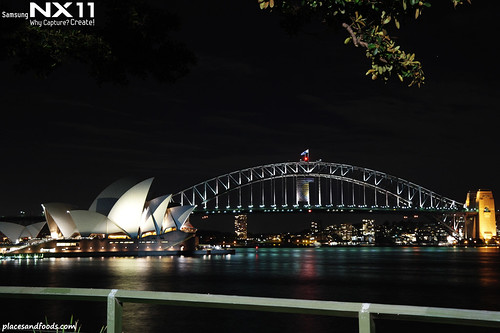 Lastly, the third picture was taken at Mrs. Macquaries Road, a popular spot for locals especially for night pictures of Sydney Opera House and the Harbour Bridge.