Tasting the Unnecessary Well Made Glenmorangie 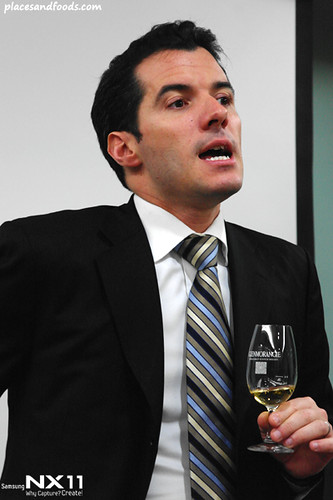 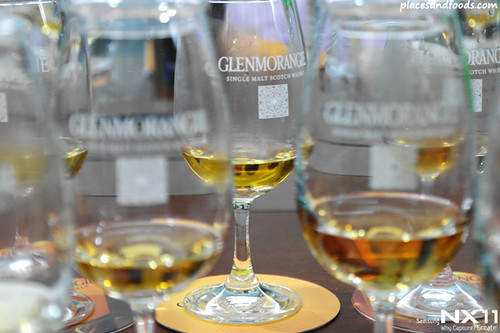 We tasted The Original, The Lasanta, The Quinta Rubon, The Nectar D’ Or. 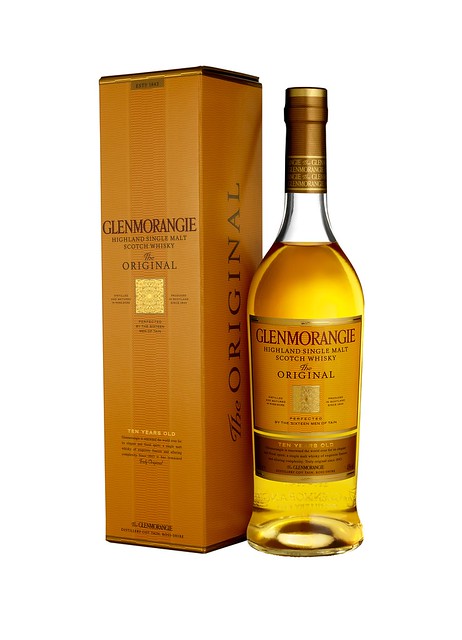 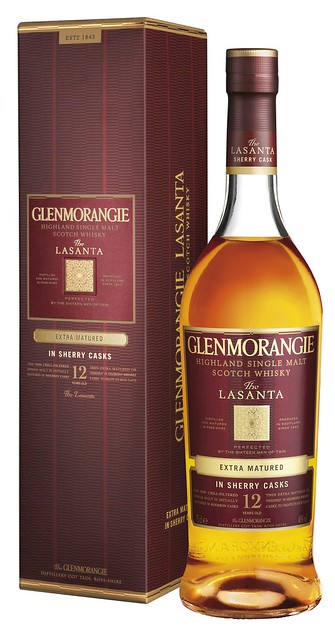 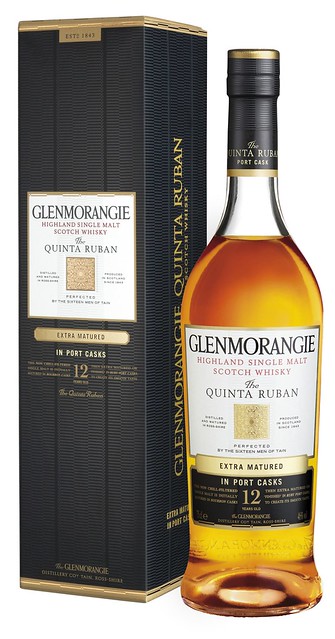 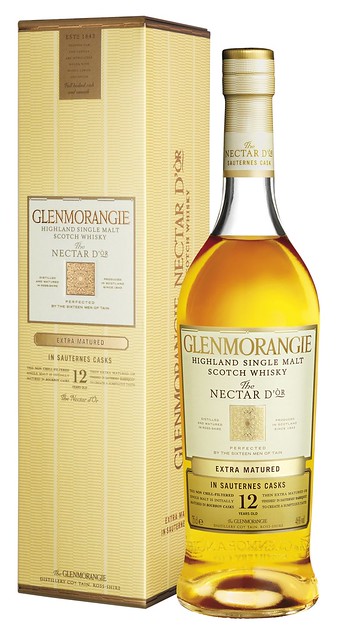 The aroma is more unique.

That was not all. They had a little surprise for us with 3 limited edition Glenmorangie whiskeys.

It was the Glenmorangie 18 years old,  Astar and Signet. The Astar and Signet is the hardest to get in the market because they are limited edition and exclusive. Below are some of the facts of the three whiskeys.

Glenmorangie 18 Years Old is a specially aged, rare, malt scotch whisky of distinction.  With a rich bouquet and full, rounded flavour, it appeals to the luxury spirits drinker who appreciates serious quality. 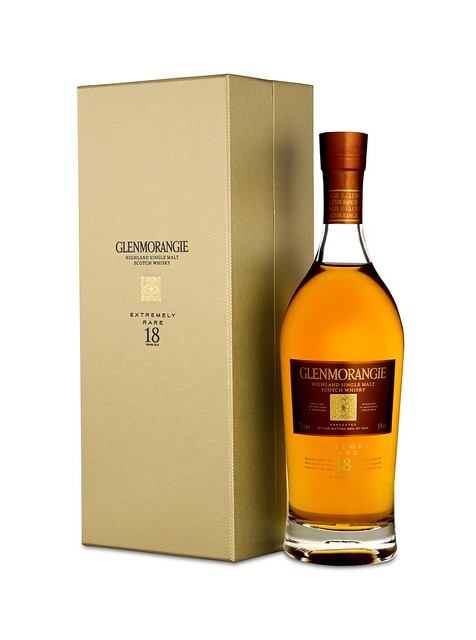 Slowly matured for 15 years in the finest ex-bourbon oak casks, a proportion is transferred to Spanish Oloroso sherry casks for the final three years of maturation.  It has a silky, smooth texture, a long, enticing finish and an intriguing balance of sweet dried fruit and a dry Oloroso nuttiness.

Glenmorangie 18 Years Old slips like silk over the tongue with a full, rounded flavour, starting with grapefruit & orange. The palate is then entranced with an accord of melting honey, creamy malt and aromatic florals that segue into the warm, syrupy nuttiness of hazelnuts and walnuts from the Oloroso sherry casks in which the whisky is matured. Savour the rich, sticky date and fig flavours as they are heightened by the unexpected caress of woodsmoke. 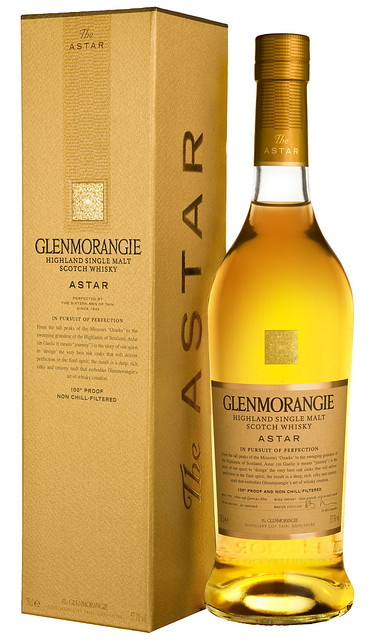 The sweetness and warmth of honey drizzled over the tongue, with the crispy-creamy texture and flavour of crème brulee feels light and almost foam-like on the tongue. A fresh, fruity burst of pineapple is softened by apricots and poached pears smothered in crème anglaise.  The richness of buttery fudge emerges, with the dense, oily flavour of hazelnuts.  Spices warm the tongue – cinnamon and nutmeg – balanced by the lemony sweetness of a crisp nectarine.  Then, like an intake of fresh mountain air, the palate is cooled by fresh mint. 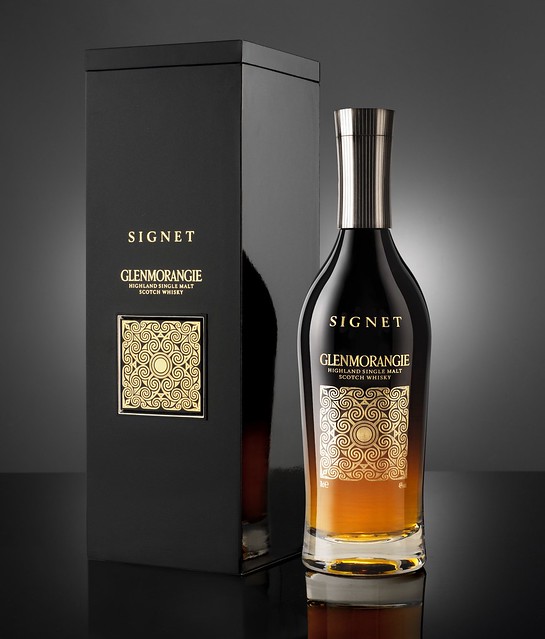 The contrast of melting rich sweetness with an explosive crackle of sizzling spices and bitter mocha is dark and delicious; a velvet explosion. The voluptuousness of baked apricots followed by the tang of orange peel. Add water and your senses are enveloped with cinnamon coupled with coffee beans, walnut oil and the maltiness of digestive biscuits. Poured over ice, the bitter-sweet flavour is enriched with nuts, raisins and warm ginger 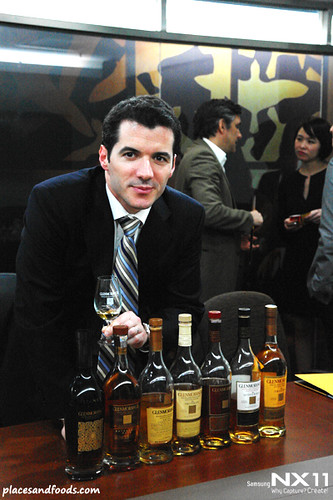 Arnaud Mirey, Regional Brand Ambassador for Glenmorangie with the seven types of whiskey we tasted…

After tasting seven types of excellent whiskeys, the Brand Manager Micheal Tan promised us our next tasting session will not be the same. It looks like he still has something in his sleeves for the next round of whiskey tasting. 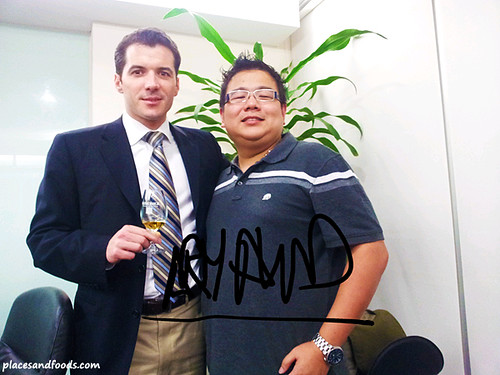 Arnaud Mirey, Regional Brand Ambassador for Glenmorangie and me with signed autograph via Samsung Galaxy Note…

Lastly below is the press release for the Tasting the Unnecessary Well Made.

Kuala Lumpur, 7 March 2012: The exquisite unravelling of layers upon layers of flavour that is experienced when enjoying Glenmorangie whisky is no easy feat to achieve. As a purveyor of perfection and maker of arguably the most delicious and complex single malt whisky in the world, Glenmorangie goes to great lengths to achieve such mastery. Advocating this mindset of perfection is Arnaud Mirey, Regional Brand Ambassador for Glenmorangie who conducted a single malt whisky tasting session at the headquarters of Moët Hennessy Diageo Malaysia today.

Seven unique varieties of Glenmorangie single malt whisky were featured, three of which are from the brand’s famed Extra Matured Range. Each variety carries a distinctive character, achieved with years of maturation in different cask types. Even as these varieties boast different complexities and flavours, all  Glenmorangie whiskies go through the same distilling process and highest quality guidelines, which over the decades have solidified the brand’s legacy of being ‘Unnecessarily Well Made’. 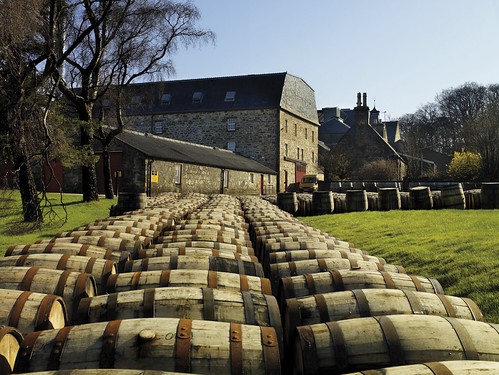 At its Tain distillery in the Scottish Highlands, Glenmorangie employs the tallest whisky stills in Scotland, ensuring only the purest vapours are used in the spirit. The superiority of the ingredients: local spring water from its own Tarlogie spring and locally grown Scottish barley, combined with the skill of the craftsmen who follow the same time honoured approach that the company has used throughout its long history, results in a smooth spirit of distinction. And, due to its unswerving commitment to quality, Glenmorangie only ever uses its fine oak casks twice, ensuring that the whisky captures the fullest, roundest flavours from the wood.  It is these extra lengths that Glenmorangie goes to which makes its whisky ‘Unnecessarily Well Made.’ 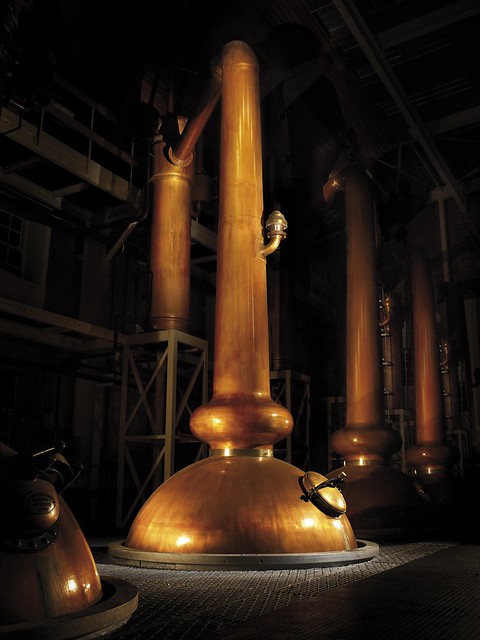 While the whisky making process is painstaking, and often involves going to seemingly unnecessary lengths, every sip of Glenmorangie whisky offers a heady and alluring experience which is easy to appreciate.

Elevating the ‘Unnecessarily Well Made’ experience for single malt aficionados and fans of contemporary design in Malaysia, Glenmorangie is bringing the SOUNDFORM FLUID Bar to its first market in South East Asia this April.

Extraordinary results can be achieved by paying attention to details and subtleties that often go unnoticed. Imagine, for example, the sound of whisky being poured into a glass, the rush of the liquid hitting the crystal in a steady pour, and then, the stillness as it settles. Most people probably never pause to contemplate this, but it is precisely this sound that designer Philip Michael Wolfson has transposed into design for SOUNDFORM FLUID, his breathtakingly sculptural pop-up bar for Glenmorangie.

A long-term collaborator of Zaha Hadid, US architect and interior designer Philip Michael Wolfson set up his own practice in the early 90s, working predominantly on residential interiors and gallery design pieces in Europe and the US. The Russian and Italian Modernist movements inspire his radical designs. Dynamic and fluid, his work is often a play on shadow and reflection, juxtaposing noble and new materials.

But it is the unseen process – the meticulous preparation, research and thinking – that contribute to the genius of Philip Michael Wolfson’s design. For this reason, Glenmorangie, makers of one of the most famous single malt whiskies in the world, commissioned him to create a bar to use at events around the globe.

In response to Glenmorangie’s brief, Wolfson decided to record the sound of whisky being poured into a glass with an oscilloscope. He then used the resulting graph of sound waves as the blueprint for his design, a continuous steel and carbon fibre ribbon-shaped bar with a structural central mirror finish.

The bar is an exact echo of the shape of the sound wave, its jagged sections representing the moment that the liquid hits the crystal glass, while the flat surface mirrors the point when the whisky has settled. The piece is highly sculptural, a true reflection of Wolfson’s fresh and contemporary take on design. It is painted with an aluminium finish, in a golden orange on the interior to mimic the colour of Glenmorangie, and in black on the exterior, as a visual counter-balance.

“I call it visual or concrete poetry,” says Wolfson, “SOUNDFORM is a representation of forces in movement, the dynamics of a wavelength. It is the cardiogram of an event – in this case, the anticipation of enjoyment – the enjoyment of a very fine Glenmorangie whisky.”

Dr Bill Lumsden, Head of Distilling and Whisky Creation at Glenmorangie commented: “Wolfson’s work appeals to us because he is someone who really stretches the boundaries of design, just as we at Glenmorangie like to keep pushing ourselves to continuously create better whiskies. And while there is tremendous complexity behind his work, the beauty of his pieces is plain to behold even for those who are unaware of what is behind them. ”

Malaysian single malt aficionados and fans of contemporary design will be the first in South East Asia to have the opportunity to enjoy an ‘Unnecessarily Well Made’ experience of Glenmorangie whisky at the SOUNDFORM FLUID Bar. The bar will be part of a featured showcase taking place at the concourse area outside Robinsons in The Gardens, Mid Valley City in April 2012. Be sure not to miss out on this truly distinctive experience with Glenmorangie.

1 thought on “Tasting the Unnecessary Well Made Glenmorangie”