I spent my last weekend in Jakarta and the capital of Indonesia has changed my perception.  Jakarta is one of the busiest cities in the world and I personally experienced their world renowned traffic jam and they called it “macet”.

On top of these, Jakarta has its own hidden gem, the street food. I am quite surprised by the quality of their street food. To be frank, they are under-rated and sadly I didn’t manage to try all of them. One of my favourites is their bakmi.

Bakmi consists of two Hokkien Chinese words literally translated to English as “meat noodles” (肉麵, Pe̍h-ōe-jī: bah-mī). Bakmi is a wheat based noodle which was brought to Southeast Asia by Chinese merchants, and is today a common noodle dish, especially in Indonesia and in Thailand. The dish has also been further developed to more closely align with the local tastes. Bakmi is between Chinese style wheat noodles and Japanese Udons in thickness, and there are several variants of bakmi in Indonesia. – Wikipedia.org 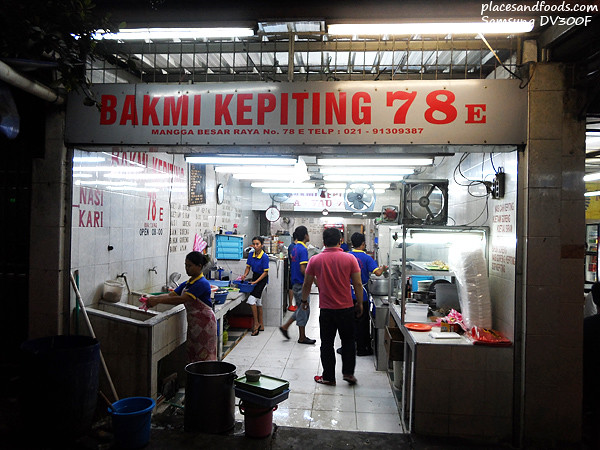 I was there late and it was almost midnight after watching the football game in between Inter Milan and Indonesia. It was highly recommended by the locals and the shop closes at midnight. I was lucky. 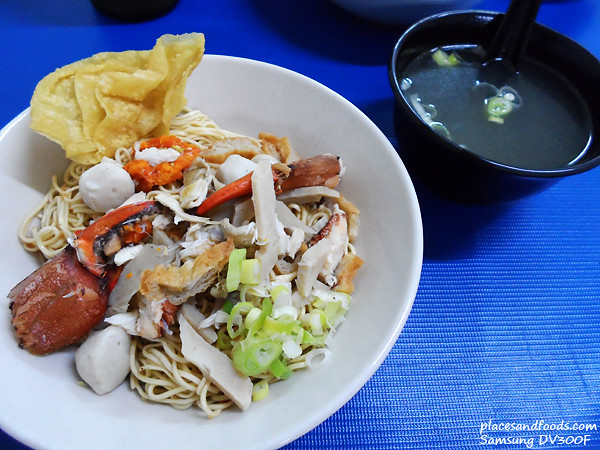 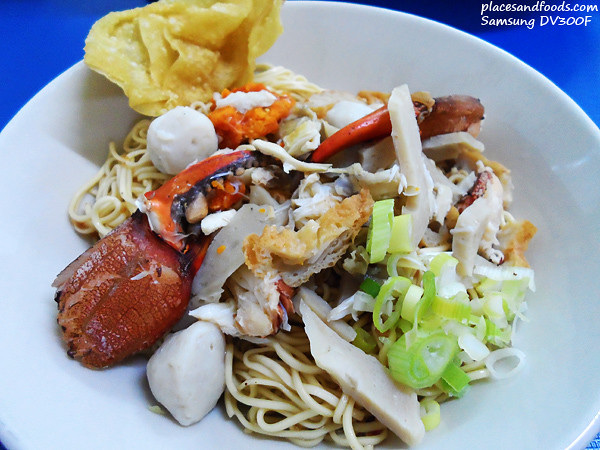 Fair enough it comes with a pair of crab’s claw with meat, crab roe, slices of fish cake, fish meat balls, crispy wonton and topped with fresh onion spring. I loved the taste of the noodle and it has slight similarity with Sarawak kolo me (as I can recall). The combination of flavours and also the freshness of the crab meat is the highlight of this simple bowl of bakmi kepiting.

The only thing I regretted was I ordered a bowl instead of two.

While I tried a few versions of “bakmi”, I have yet to try their infamous “bakso”. This makes another reason for me to travel to Indonesia again for their street food.

Bakmi Kepiting 78E opens from 8 am to midnight daily.