If you are traveling to Australia for the first time and you only have a few days in Sydney and you love to see Australian animals, I have a very good recommendation for you. It is The Australian Animal Wildlife Sydney Zoo and it is located in Darling Harbour. 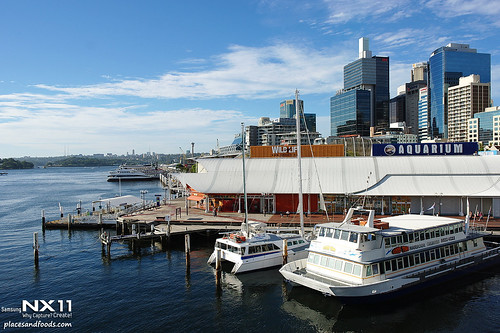 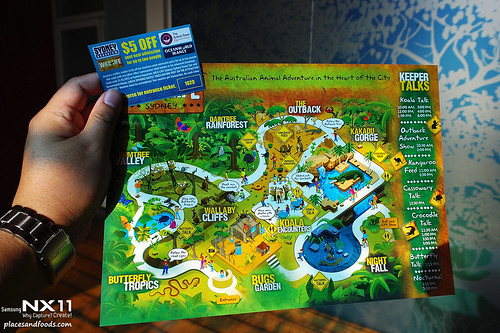 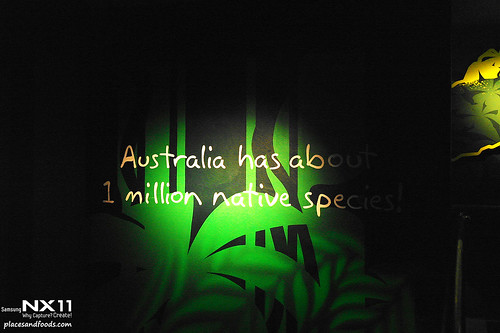 Australian Animal Wildlife Sydney Zoo.
The zoo was segmented to sections and it was smartly built for more space. There were many talks in the zoo so do get the map (they will pass it to you from the ticket counter) and planned your walk intelligently. 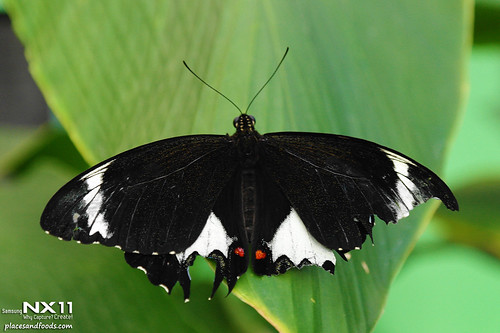 As I walked into the zoo, I started with Butterfly Tropics. Butterflies were freely roamed in this area.  I tried to capture the picture of the butterflies and managed one perfect shot. 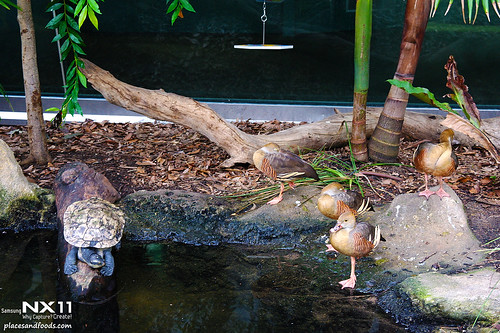 Next I walked to another section where they had freshwater turtles. There are 25 species of freshwater turtles all over Australia and there were a few in this section. Luckily, the turtles were not in China or else ended up in the cooking pot. 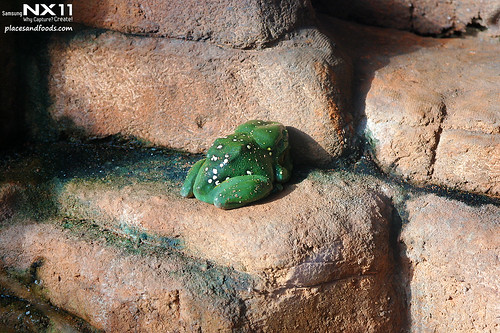 There are over 4000 species of frog in the world and Australia is home of more than 200 species of them. While frogs looked fragile and harmless, one of the most poisonous creatures in Amazon is a type of small colourful frog. Of course they didn’t have it there but I did spot a frog! 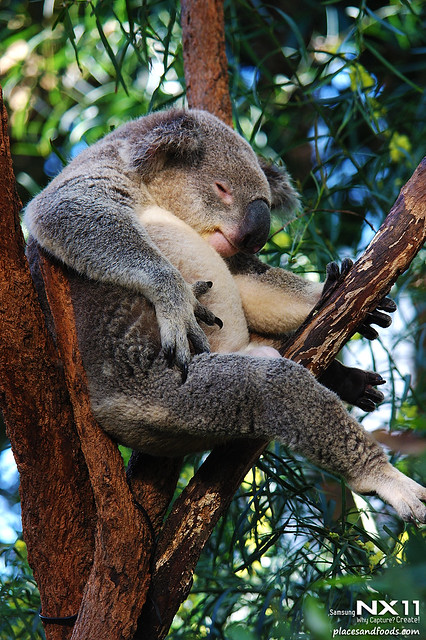 At the next section which was the Gumtree Valley, it was home to one of the most adorable Australian native animal, the Koala Bear. For those who know more about the Koala Bear, they lived up the trees and sleep from 16 to 18 hours a day. For your information, a visitor cannot handle a koala bear in certain states in Australia. The law differs from one state to another.

I spotted a few sleeping koalas at this section. If you want to read more about the koala bears, you can also read on my previous articles such as: 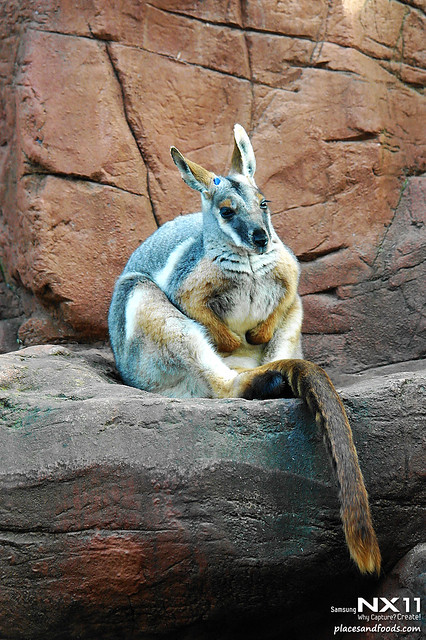 At the next section I found the rare yellow foot wallaby at the Daintree Rainforest section. 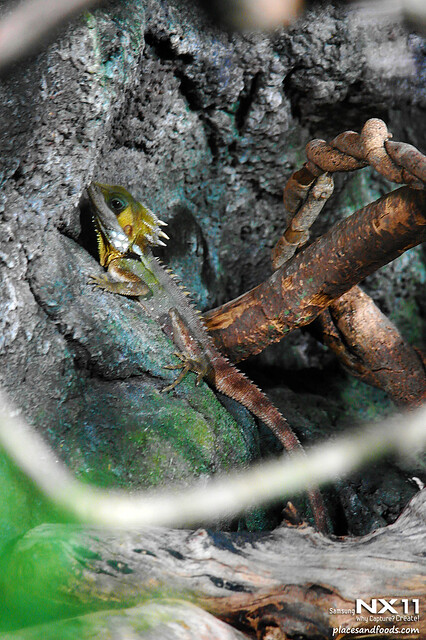 Another highlight was the Boyd’s Forest Dragon. This forest dragon adapted themselves in rain forest and move slowly depending on camouflage. 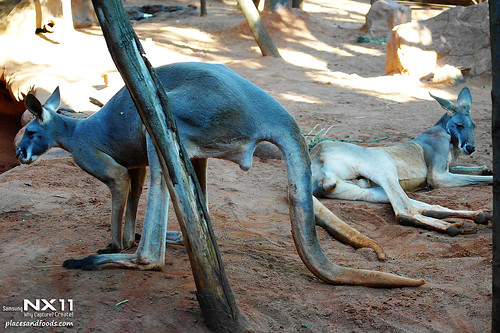 In the Kangaroo Feed, there were many kangaroos sunbathing or chilling out. As I mentioned there are talks from time to time so make sure you plan your journey well to listen to one of those talks. 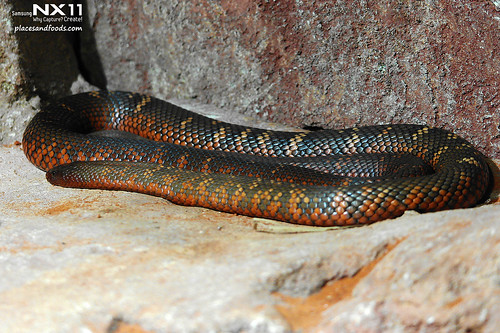 If you are a big fan of Australian snakes, there were quite a number of exhibits of it. 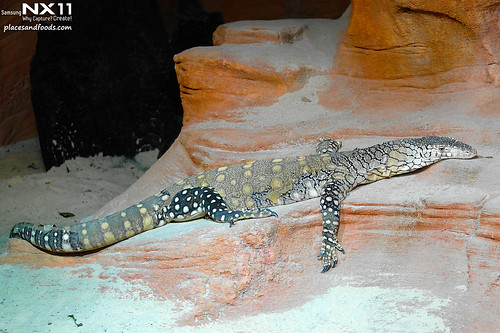 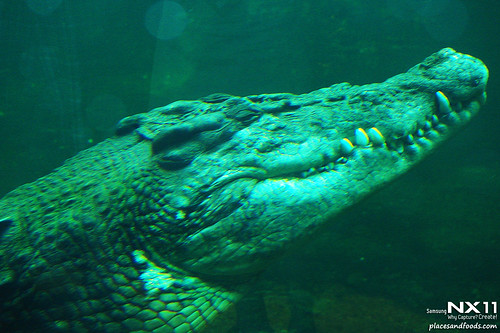 Expect to spend at least minimum an hour at Australian Animal Wildlife Sydney Zoo. The zoo was a great place for children, family and also tourists. For greater deal, you can purchase package tickets with other attractions such as Sydney Aquarium, Sydney Tower Eye and Oceanworld Manly.