There is a lot of buzz on the latest budget airlines in Malaysia, Malindo Airways. It is expected to be launched earlier than expected in March 2013 and to be based in Malaysia. 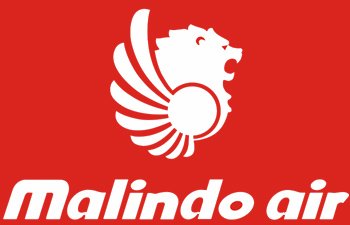 It is a joint venure between Indonesia’s Lion Air (49%) and Malaysia’s National Aerospace and Defence Industries (NADI) of (51%). Malindo is expected to operate from the new KLIA2 Terminal. The name “Malindo” comes from “Mal” (Malaysian) and “indo” (Indonesia).

For Malaysians we might not know about Lion Air but Lion Air is huge in Indonesia. How huge? Say about 50% of Indonesia’s domestic share and Air Asia only captures less than 3% market share while Garuda Airways captures 23% market share. Lion Air flew to 69 destinations and carried 100,000 passengers a day.

The men behind the success the story are brothers Rusdi and Kusnan Kirana who built their empire with US$1 mil and they are listed by Forbes as the 34th richest individuals with a net worth of US$ 580 mil. 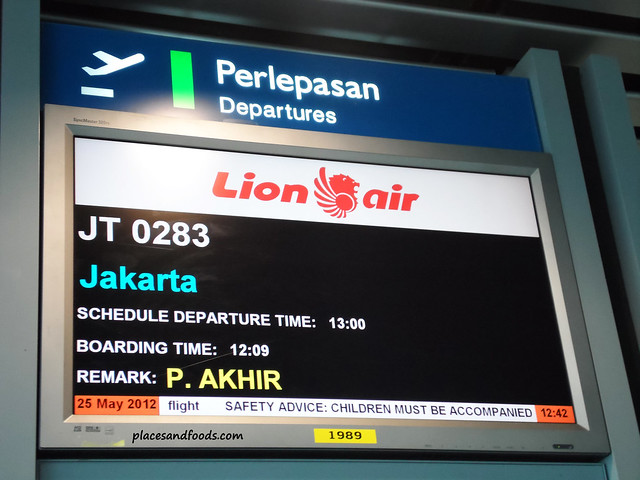 So what can we expected from Malindo Airways? They might run similar model like Lion Airways since Lion Airways had a successful model and expertise. It was only months ago when I flew first time with Lion Airways to Jakarta from Kuala Lumpur.

I never heard of them to be frank as they had not much exposure in Malaysia. Flying with them was hassle free and I was told they offered the cheapest air fare from Kuala Lumpur to Jakarta. My airfare was around RM 300++ for return tickets. 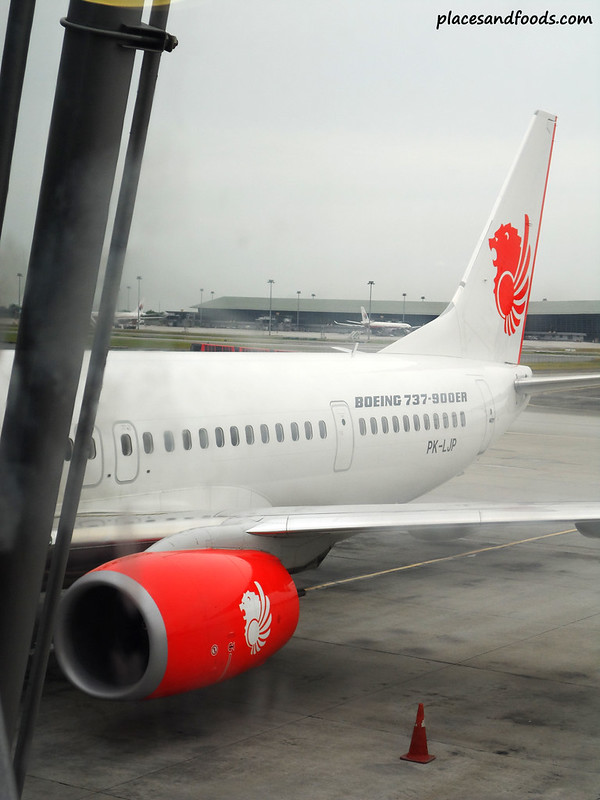 While Air Asia preferred Airbus planes, Lion Airways preferred Boeing planes. Like Air Asia, Lion Airways made the headlines when they made a booking for more than 300 Boeing airplanes similar to Air Asia’s booking on Airbus airplanes. 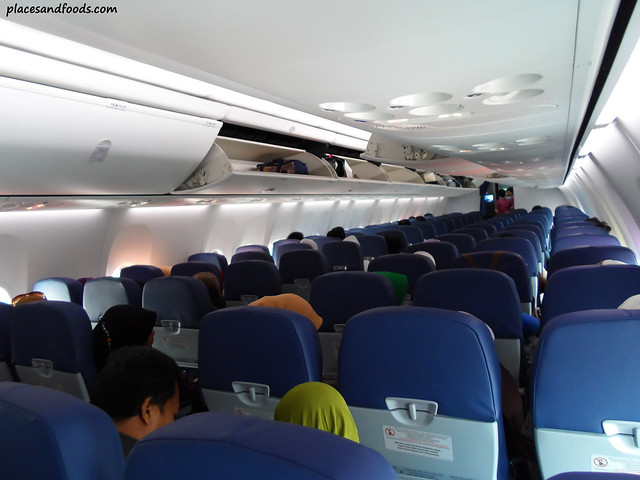 The seats are three seats on both sides similar seating arrangement with the Airbus. Since it is a budget airline, I didn’t expect anything out of it. 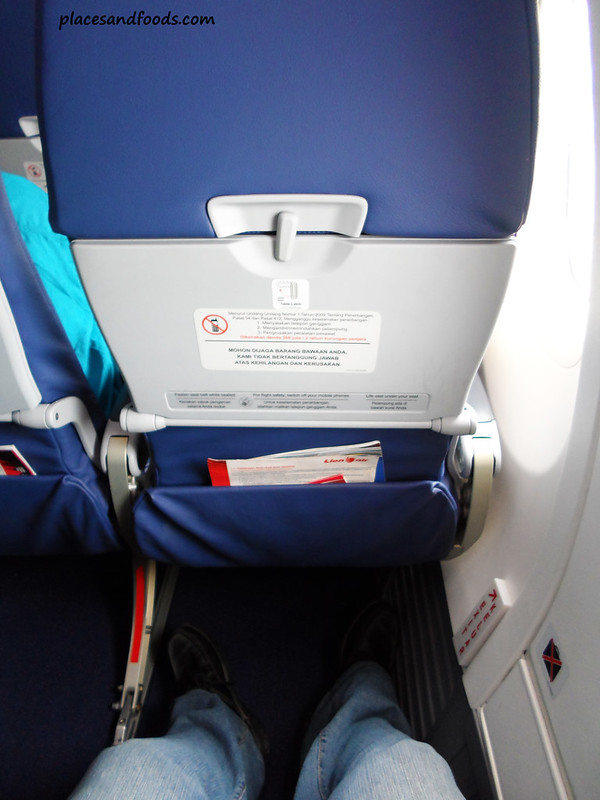 However, the leg room was impressive. I was able stretched my legs to the max as shown as the picture. This will be handy for tall passengers as I’m only 5’6”. 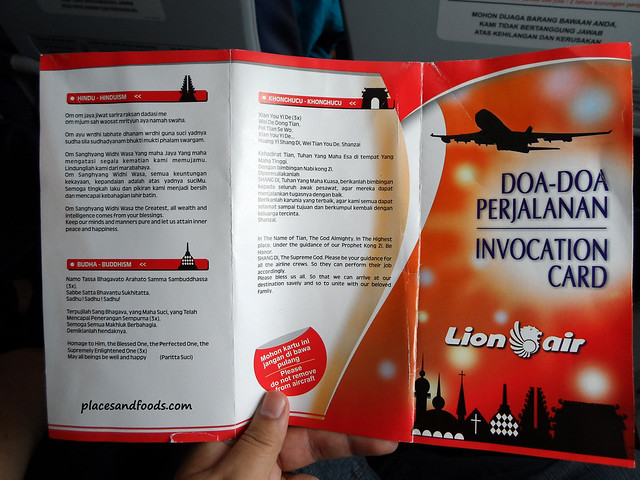 The food was relatively cheaper compared to similar class airlines. It was understandable as the food was from Jakarta. One of the things that captured my attention was the invocation card. It was my first time seeing such card given my flying experience with more than a dozen airlines. Inside this invocation card, there were a number the prayers of different religions listed. It was an eye opener.

I had a pleasant flight from Kuala Lumpur to Jakarta with Lion Air, flown from KLIA. As mentioned earlier, I was impressed with the leg room in the plane, the invocation card and the competitive cheap air fare. Given the opportunity to fly to Jakarta again, I don’t mind flying with Lion Air. If Malindo is going to have the same set of standard like Lion Air, travellers like us will benefit with choices, competitive ticket prices and good overall flying experience. Can’t wait to see for Malindo to start flying next year and how will be their ticket pricing like.