It is hard to believe when I learnt that Gustave Eiffel , the man behind Eiffel Tower in Paris actually plays a part in building the Long Bien Bridge, former Paul Doumer Bridge in Hoan Kiem Hanoi. The beauty of traveling in Hoan Kiem, old quarter of Hanoi is the attractions are reachable by foot. It took us less than half an hour from the Hoan Kiem lake and in between there are also attractions to stop by. 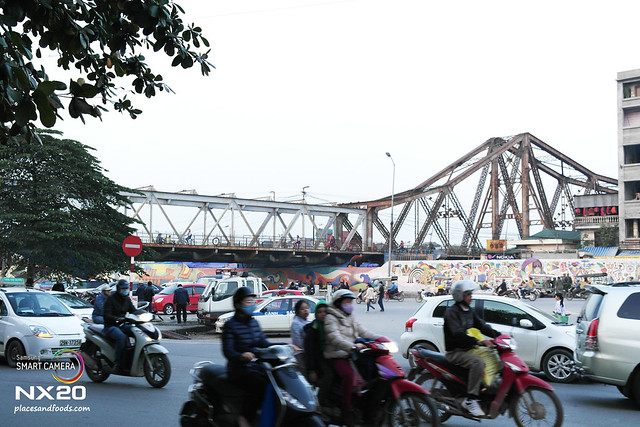 Long Bien Bridge is a historic cantilever bridge across the Red River that connects two parts of the city of Hanoi, Vietnam. It was originally called Paul Doumer Bridge and it was built in 1903 by the architects of Daydé & Pillé, a French company.

Before North Vietnam’s independence in 1954, it was called Doumer Bridge, named after Paul Doumer – The Governor-General of French Indochina and then French president. It was, at that time, one of the longest bridges in Asia with the length of 2,500 m. For the French colonial government, the construction was of strategic importance in securing control of northern Vietnam. From 1899 to 1902, more than 3,000 Vietnamese took part in the construction. – Wikipedia.org 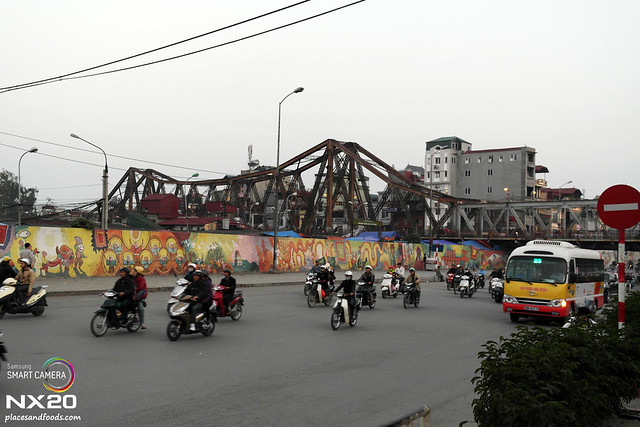 It is believed that the bridge is designed by Gustave Eiffel, the man behind Eiffel Tower and Statue of Liberty.

It was heavily bombarded during Vietnam War due to its critical position (the only bridge at that time across the Red River and connect Hanoi to the main port Haiphong). The first attack took place in 1967, and the center span of the bridge was felled by an attack by 20 USAF F-105 fighter-bombers. The defence of Long Bien Bridge continues to play a large role in Hanoi’s self-image and is often extolled in poetry and song. It was rendered unusable for a year when, in May 1972, it fell victim to one of the first co-ordinated attacks using laser-guided “smart bombs”. – Wikipedia.org

Some parts of the original structure remain intact, while large sections have been built later to repair the holes. Only half of the bridge retains its original shape. A project with support and loan from the French government is currently in progress to restore the bridge to its original appearance. – Wikipedia.org

We didn’t manage to capture the picture of the whole bridge and we only manage to capture a part of it. Words can’t express how dangerous to cross the main road to take this picture. It took us more than 20 minutes to be brave enough to cross the busy street. The cars just won’t stop despite there is a traffic light there. We were staying at a homestay in Hoan Kiem via TravelMob.com

A Father and traveler who enjoys to eat, shop, travel and taking pictures with Samsung S22 Ultra and Sony ZV-1. Remember to follow us at www.instagram.com/placesandfoods and www.youtube.com/placesandfoods. For advertisements or features, contact us at [email protected]