Up-and-coming chef, Rob Rossi, is opening his first restaurant. Bestellen, situated in Toronto, Ontario, is the ideal space where he hones the art of cooking his signature dishes. Inspired by his love for meat, music and all things hip, Chef Rob is pulling out all stops to achieve his dream restaurant that he hopes will win the hearts and recognition of food lovers everywhere! From menu design and construction to the grand opening, we are given an all-access pass to all the drama and excitement!

10 things you should know about Chef Rob Rossi:

10. What does Chef Rob love to do as much as cooking? Fly-fishing! He also wonders why so many chefs love to fish and hunt, perhaps, it is so they can get in touch with and better understand their ingredients! 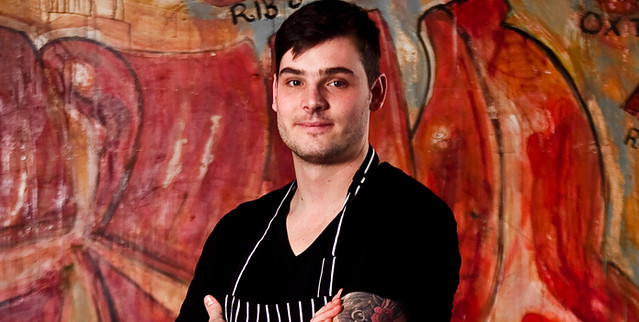 Rob Rossi is a fresh and promising young chef who captured the adoration of fans everywhere after appearing on Canada’s Top Chef. Now managing his very own eatery, catch Chef Rob on the Asian Food Channel in Opening: Bestellen.

Chef Rob grew up in an Italian household where food was abundant and his mother was always busy with food preparation. They would often visit his uncle’s restaurant, which was one of his favourite restaurants to visit as a child, for Sunday brunch. He knew, even at a young age, that he wanted to be a chef.

Chef Rob first plunged into the cooking world at the tender age of 15 working at various restaurants and training his way to becoming a master chef. He eventually became the Executive Chef of the Mercatto group of restaurants in Toronto. Shortly after this, he became the co-owner and Head Chef of Bestellen.

Bestellen first opened its doors in February 2012, and was a collaborative project with a friend and colleague he met while working at Mercatto. Chef Rob prides himself on making sure that everything served is made in-house.

To capture his commitment to opening a quality restaurant, the process of opening his restaurant was captured on camera and made into the series, Opening: Bestellen.

When Chef Rob isn’t in his restaurant cooking, you can find him at the market scoping out the freshest produce and ingredients, spending time with his family and friends or engaging in his favourite hobby, fly-fishing!