The Four Bronze Pigs of Adelaide 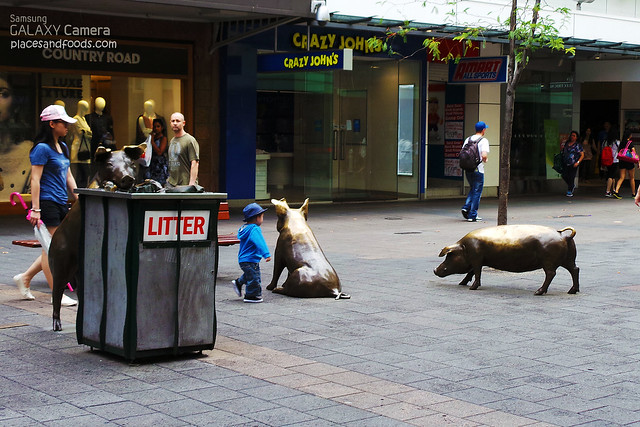 Even though I didn’t stay long in Adelaide but I ran to something rather unusual, four bronze pigs. The four bronze pigs were uniquely displayed near the Rundle Mall. I am one of the many curious ones who stopped and looked at these bronze pigs. 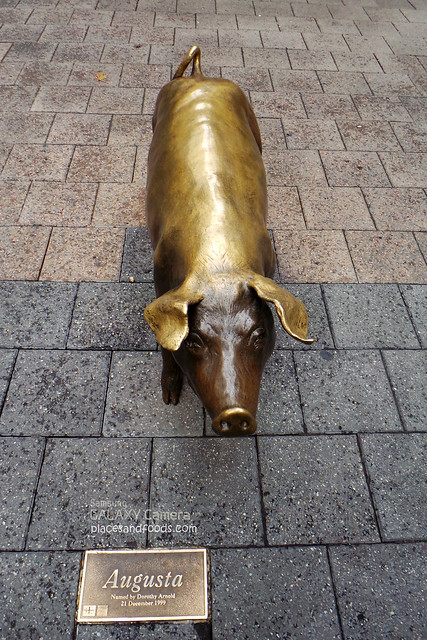 Sculpture, monument and public art are common sight in Australia but bronze pigs? That was my first. 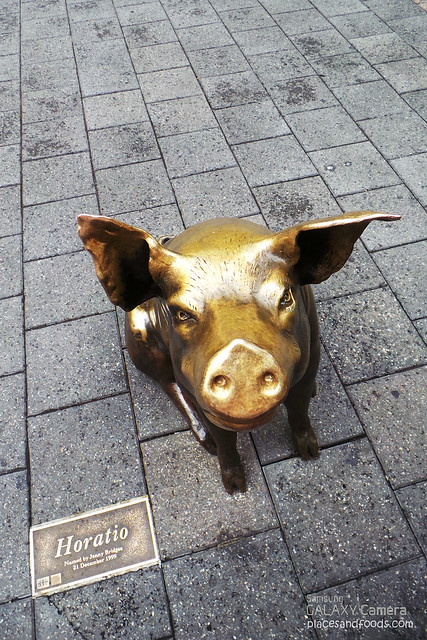 Why bronze pigs? I found out the answer as below.

Officially known as ‘A Day Out’ by Marguerite Derricourt, the four pigs were unveiled in 1999 by the Lord Mayor, Dr. Jane Lomax-Smith. It immediately became apparent, with the popularity of the four trouble-makers, that they needed names. It was put to a public poll and thus Truffles, Oliver, Horatio and Augusta were born. Frequently being ridden and photographed, the four-legged characters bring out the kid in those who walk by. – http://www.cityofadelaide.com.au/sights/a-day-out 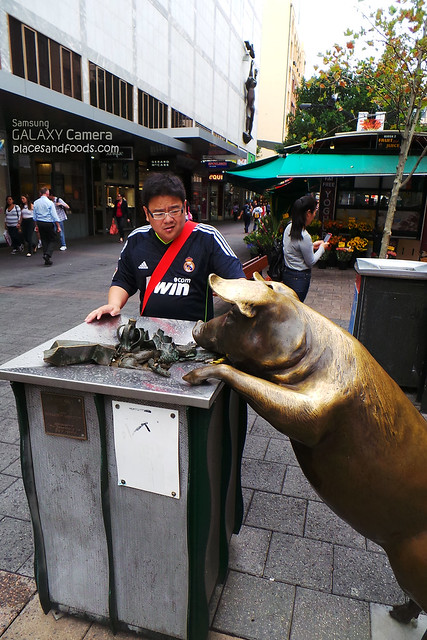 So if you are planning to have a shopping day out in Rundle Mall, you can check out these four cuties. Remember there are four of them. The forth one is hiding around the corner, cheeky!

3 thoughts on “The Four Bronze Pigs of Adelaide”