Pho is a popular Vietnamese noodle soup with meat that is believed originated from Hanoi. To find the best Pho in Hanoi, we asked the locals. One of them is in the Ba Dinh district of Hanoi by the name of Pho Tuan. Owned by the locals and eat by the locals, no foreigners.

Recently, I stayed at a homestay in Ba Dinh and thanks to the recommendation of the owner Nancy, I found this shop, Pho Tuan.

Pho Tuan is located at Giang Vo Road (Dong Da), please call (04) 37 262 670 for more accurate directions. This is a hidden gem and the shop is located in a small alley. 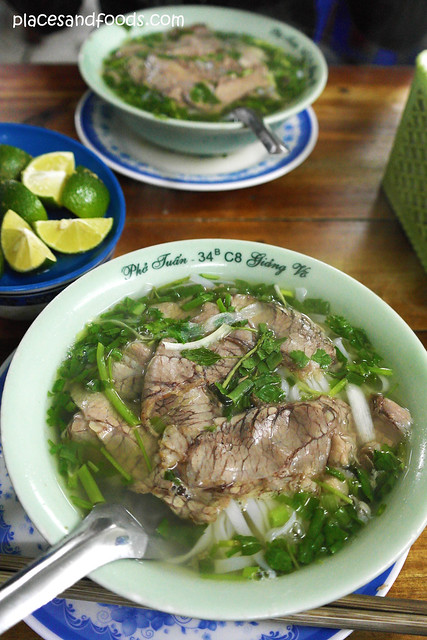 It was odd as we were the foreigners dining among the locals. Many of them surprised to us around and most of them ordered the hotpot instead of the “Pho”. 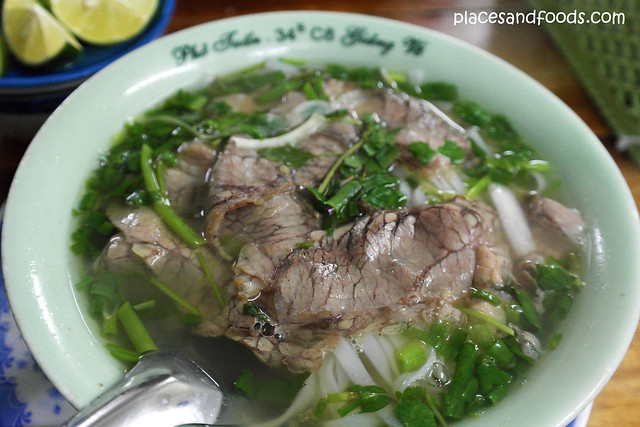 I am never a big of “pho” until this. The broth was fragrant and it came with generous amount of sliced beef. This is the most original “pho” you can get in Hanoi! It was simple but comfort food.  I can’t tell you the details of the ingredients as I was having communication breakdown with the owners. 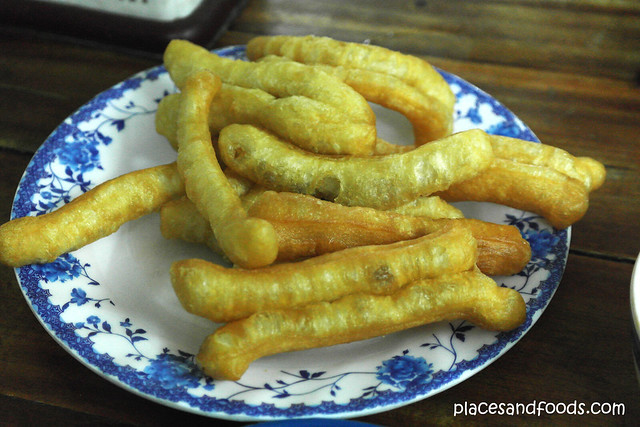 To compliment the “pho”, we ordered their version of “you tiao”. I saw every table had it so I ordered it too. This were mini version of our usual “you tiao”, crispy and addictive. 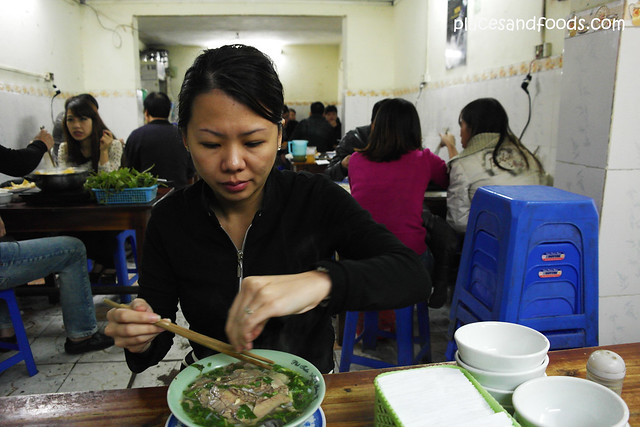 I couldn’t remember how much I’ve paid but it was local price. Even though they knew we were foreigners, no extra charge was given. At first they thought we were locals and they start talking to us in Vietnamese. Dining at Pho Tuan might not be glorious or fancy but their “pho” definitely will make you satisfaction guaranteed. Another bowl of “Pho” perhaps?