If there is a world class production that is so big and exclusive, it should be the “House of Dancing Water”. It is the world’s largest and most spectacular water based show that is worth a staggering US$ 250 million / HK$2 Billion / RM 800 million and it is exclusive to Macau.

Get the tickets online at discounted price with www.klook.com. 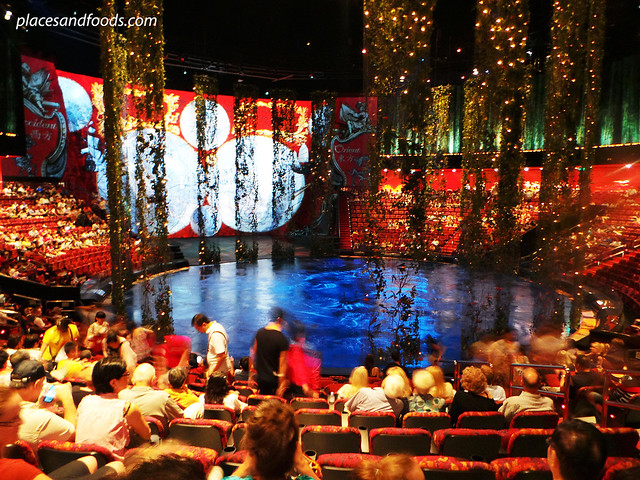 (The stage will turn to one of the most spectacular shows in the world)
It is located in City of Dreams at the brand new Cotai Strip and next to Hard Rock Hotel Macau. It is so packed as you have to book in advance. Most of the shows are full even a few years have passed.

It is personally created and directed by the world’s greatest show maker Mr. Franco Dragone, this is his first water-based show launched in Asia. Up to date, there are over 1 MILLION spectators have experienced Mr. Franco Dragone’s unique theatrical creations, captivating audiences through a unique combination of disciplines sensitively orchestrated to produce one of the world’s most spectacular shows. 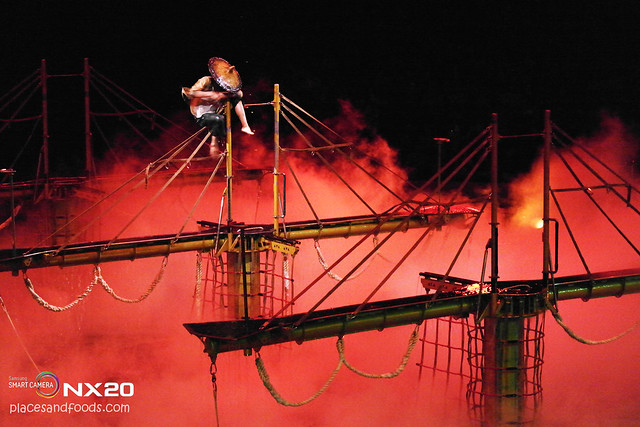 (A ship is erected from the platform in seconds!)
Performed by a superb cast of approximately 80 international performance artists artistically trained by Mr. Franco Dragone’s talented Associate Director Mr. Giuliano Peparini and approximately 160 world-class production staff, technicians and professional divers from more than 25 countries around the world.

Why is it so special?

The Dancing Water Theater is a 270-degree theater-in-the-round, with a central stage at a diameter of approximately 65 feet. “The House of Dancing Water” features approximately 239 automated fountains and 11 hydraulic ten-ton elevators making it possible to convert from an aquatic to solid floor stage. 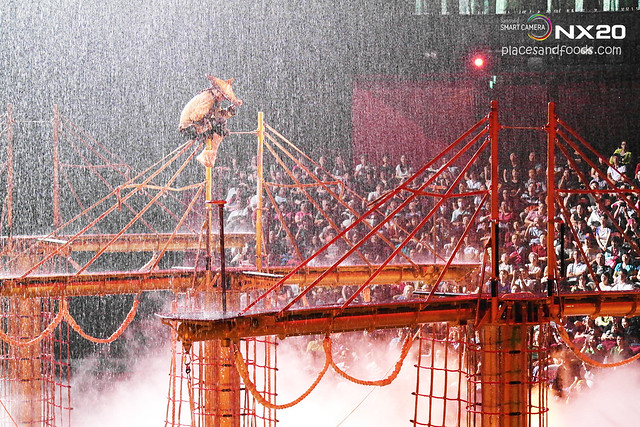 (From misty, it suddenly rains. The crowd looks surprised)
The purpose-built theater contains one of the most spectacular commercial pools in the world, holding up to approximately 3.7 million gallons (approximately 17 million liters of water) of water which is about FIVE Olympic-sized swimming pools, and is one of the largest water-based theaters in the world. 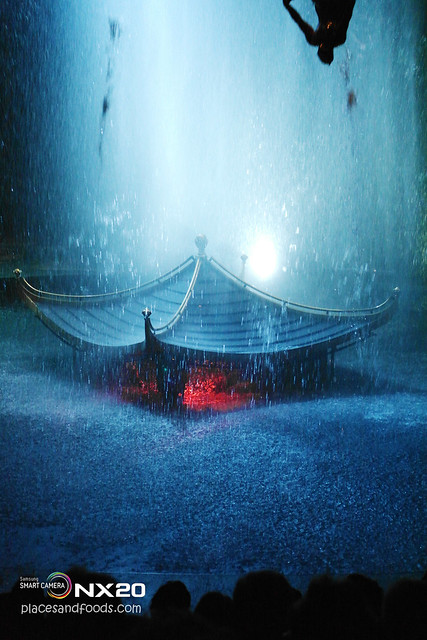 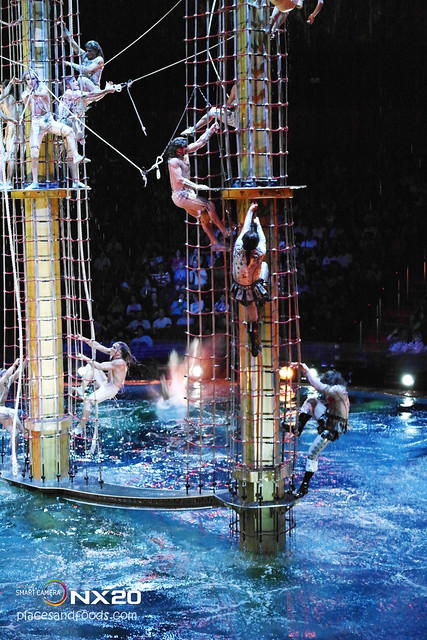 (There are many world class casts perform at their best.)
The cast will utilize some 400 costumes over the course of the show, which are designed by Ms.Suzy Benzinger who previously worked with Franco Dragone on the musical Carmen, and designed costumes for shows such as Movin’ Out (in collaboration with Twyla Tharp and Billy Joel), Saturday Night Fever, Ain’t Broadway Grand, Some Like It Hot with Tony Curtis, and Miss Saigon. Suzy also worked on the Woody Allen films Deconstructing Harry and Celebrity.  Her other film work includes Club Paradise and Walking the dog.

My opinion about the show?

Well, after all the facts, is it really worth to watch it? The answer is yes!
The story is a breathtaking  water-based show which draws creative inspiration from Chinese culture particularly on the ‘seven emotions’ principle derived from the classical Confucian beliefs. The story is unpredictable and you won’t have time to relax your eyes. 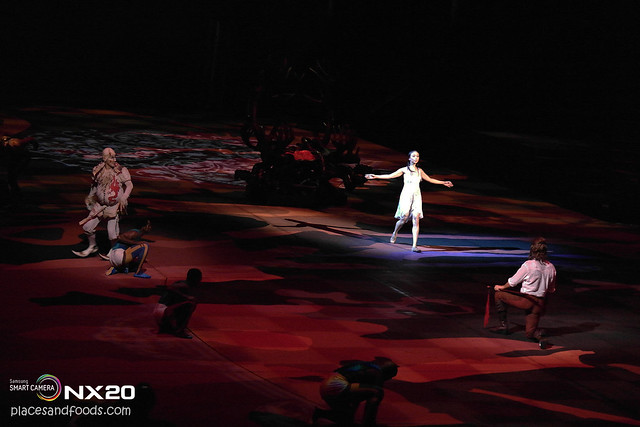 (The hero trying to save the girl he loves)

I will not go further details on the show but you won’t be spared by the spectacular performance, breath-taking scenes and near perfect scores. You just have to see it to believe it. It is one of those shows that worth every penny. In fact, this show should be made as the “national treasure” of Macau! 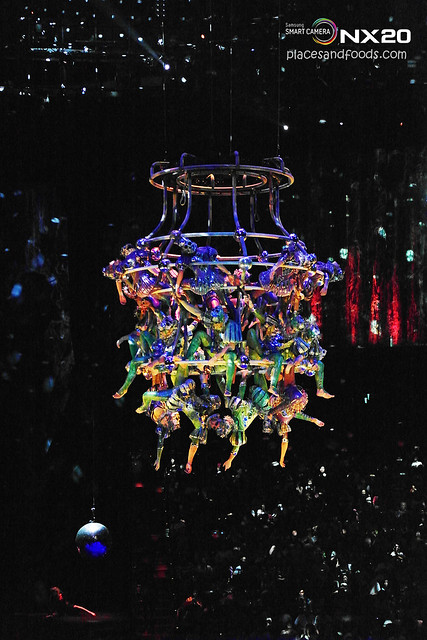 Actors hanging on the mid air. The colours and costumes are world class. 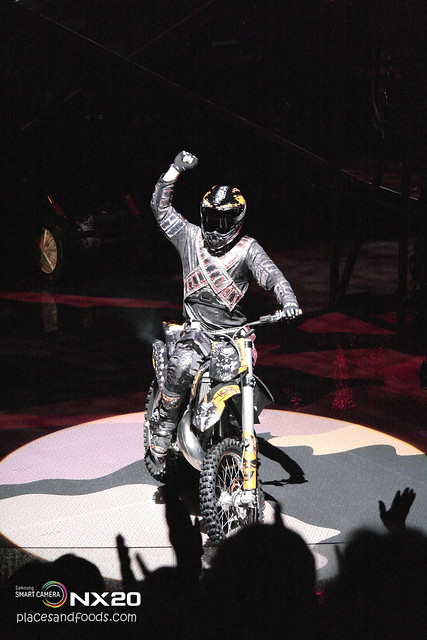 Why is there a biker on stage? You have to watch it to understand it. 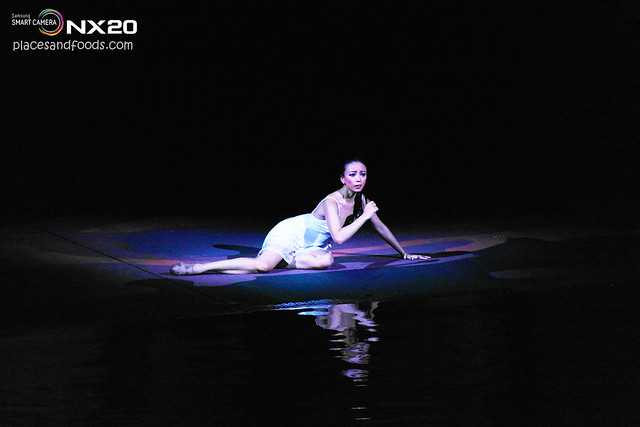 Snipplets of the show (video) 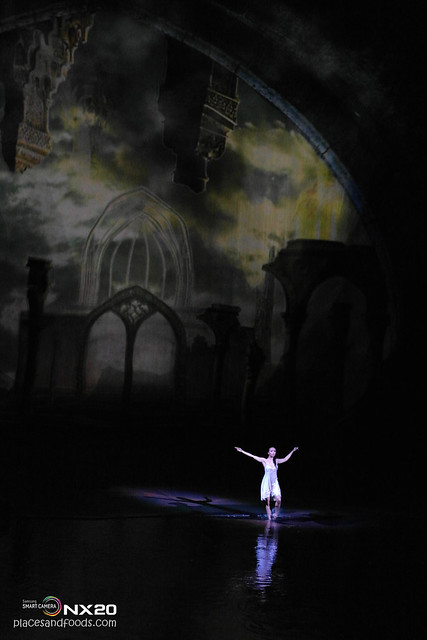 Look at that amazing set behind her. 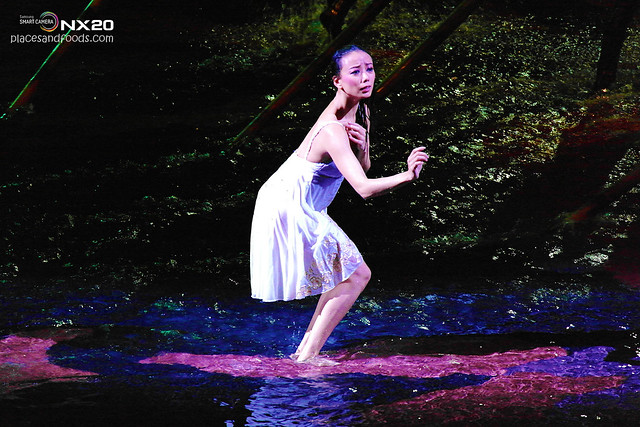 The leading lady of the show. 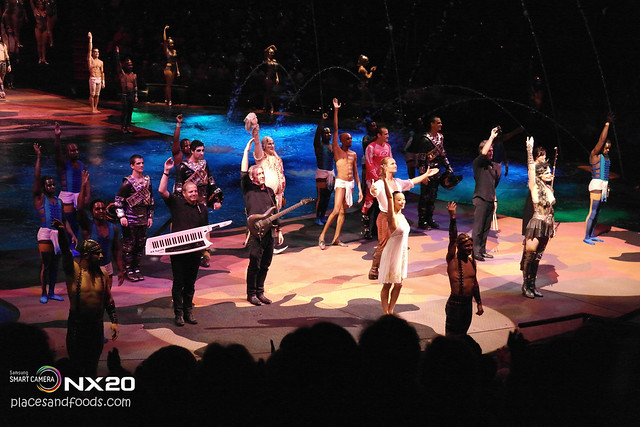 The grand finale with all the casts. What a show!

Remember to book early to avoid disappointments and do not sit at the lower deck, you might get wet! Psst., they said you can’t video record the show but you still can do it with your smartphone or camera secretly, enjoy the show!

The House of Dancing Water is located at the City of Dreams, Cotai Strip Macau.

Get the tickets online at discounted price with www.klook.com.

Fly direct from Kuala Lumpur to Macau with AirAsia.com, check their latest promotions at www.airasia.com.my

Thank you Macau Tourism Organization for the sponsor and Air Asia for flying me to Macau.