Robert Parker, one of the world’s most influential wine critics and writer is headed for Kuala Lumpur, Malaysia this 8-9 March as part of Wine Advocate’s Grand World Tour, presented by American Express International, Inc. The Tour includes a five-city feast of exceptional fine wine and dining experiences in Kuala Lumpur, Beijing, Shanghai, Hong Kong and Singapore. 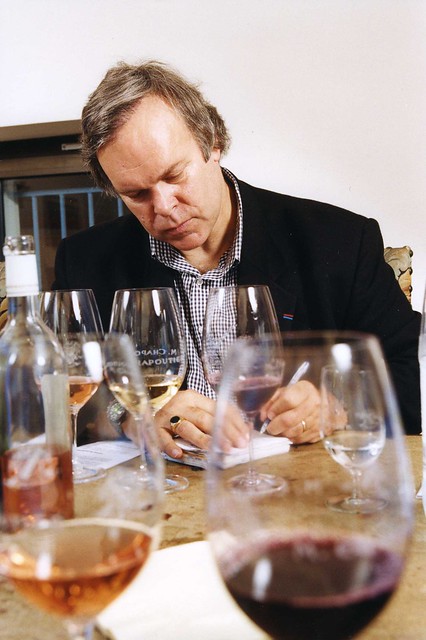 With invaluable wine buying and tasting tips for guests, the event promises to be one of the most sought after events in Kuala Lumpur as wine appreciation catches on in Malaysia. Despite the restriction of marketing wine and other alcoholic beverages in the country; interest and investment in fine wine has been increasing steadily at around 6% per annum for the last 5 years, according to Euromonitor International’s report.

To delight the local connoisseur, the team will present the Great Cabernet Sauvignons of the World for the event in Kuala Lumpur.

Each city will feature different wine themes from The Iconic Wines of Piedmont, Italy (Singapore, Taste of Greatness Masterclass) to 1982 Bordeaux (Shanghai, Up Close and Personal with Robert Parker). American Express Card Members enjoy priority booking privileges from now to 23 January for events across 5 cities before public tickets sale begins from 24 January. Early bird discounts are applicable to the Taste of Greatness Masterclass and Gala Hedonist’s Dinner events for reservations made by 5 February.

Mr. Y. C. Koh, President, Asia, American Express International, Inc. remarked, “In American Express, providing premium lifestyle experiences to Card Members is one of our utmost priorities. We are very proud to offer our Card Members access to Robert Parker Inaugural Wine Tour in Asia through our partnership with Mr. Parker and The Wine Advocate. In light of the ever changing lifestyle of Asia’s affluent and their growing appetite for wine and luxury lifestyles, this event provides an exclusive opportunity for our Card Members in Asia to meet up with Mr. Parker and gain a deeper appreciation as well as knowledge of wine.” 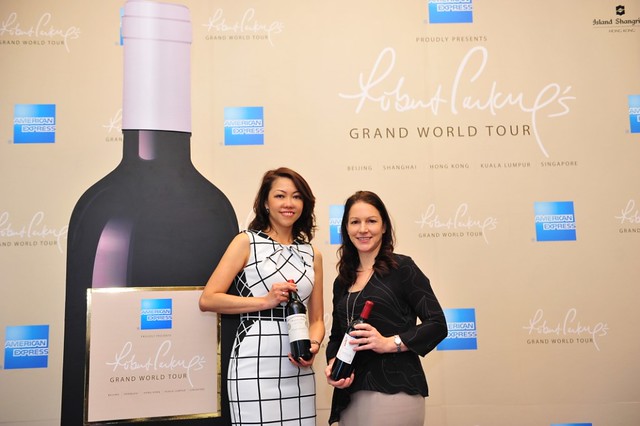 “We’re very pleased to expand The Wine Advocate’s coverage and present more activities to our subscribers,” said Mr. Parker. “The Grand World Tour event comprises of a culmination of wines we’ve deemed as most prominent and outstanding, and in Kuala Lumpur, we will present the Great Cabernet Sauvignons of the World, which we have carefully considered. My review team and I look forward to sharing this special gourmet experience with avid wine lovers in Asia.”

Mr. Parker is known for creating the famous 100-point rating system, and his scores have solidified market prices while influencing the buying habits of passionate wine consumers, particularly in Bordeaux. He is the only critic in any field to receive the highest Presidential honors from France, Italy and the highest civilian honor by Spain’s Royal Majesty. As an acclaim wine critic and writer, Mr. Parker’s opinion is sought by media networks and newspaper worldwide, including TIME, 60 Minutes, The New York Times, The London Sunday Times, The Sunday Telegraphe, The Independent and more.

A series of events are scheduled for Malaysia and will be held at The Hilton Sentral, Kuala Lumpur, Malaysia on 8-9 March.

The memorable Gala Hedonist’s Dinner will highlight eight iconic wines sourced from prestigious vineyards matched with a five to eight-course dinner. Guests will enjoy an intimate conversation with a famed wine personality seated at every table, including members of The Wine Advocate’s esteemed reviewer team, prestigious winemakers and vineyard owners. Guests will get to savour classic wines which include Tenuta San Guido Sassicaia 1985 and vintages from Château Mouton Rothschild Price: US $1,100 per person (US $880 for early bird reservations from now to 5 February)

“Taste of Greatness Masterclass – The Great Cabernet Sauvignons of the World” – 9 March at 11:00am

This special master class will feature a great selection of Cabernet Sauvignons from leading wineries.  This will be followed by a discussion and a final vote revealing the most impressive wine of the day. Labels from Château Léoville-Las Cases and Château Montrose will also be featured.

American Express Card Members enjoy priority booking privilege from now to 23 January while public tickets sale begins from 24 January. Early bird discounts are applicable to reservations made before 5 February. All bookings can be made at www.grandworldtour.com. Tickets are limited and Terms & Conditions apply.

Regions: The Great Cabernet Sauvignons of the World

Regions: France v. the world, The Legend of Greatness

All bookings can be made at www.grandworldtour.com. Tickets are limited and Terms & Conditions apply.

For more than 35 years, The Wine Advocate, and later eRobertParker.com, has been the global leader and independent consumer’s guide to fine wine. The brand was established by world-famous Robert M. Parker, Jr., the only critic in any field to receive the highest Presidential honor from three countries – France, Italy and Spain. Robert Parker’s Wine Advocate provides a wealth of information to its subscribers, including a searchable database of more than 239,000 professional wine ratings and reviews plus articles, videos, daily news content, online retail availability and pricing, an active, professionally moderated bulletin board, a mobile app for easy access to the comprehensive online database of reviews and much more. For more information, visit www.erobertparker.com.