The Chinese New Year is one of the most celebrated holidays in Asia. It is celebrated in South East countries with significant Chinese population like Malaysia, Singapore, Thailand, Vietnam, Indonesia and Chinatown elsewhere. The tradition is inherited by generations since the migrations of their ancestors from different parts of China.

The important of Chinese New Year is the reunion and gathering of family. The festive celebration is the longest and important festivity in Chinese calendar which ends on the 15th day with Lantern Festival. During these fifteen days, Chinese New Year festive food will be served. 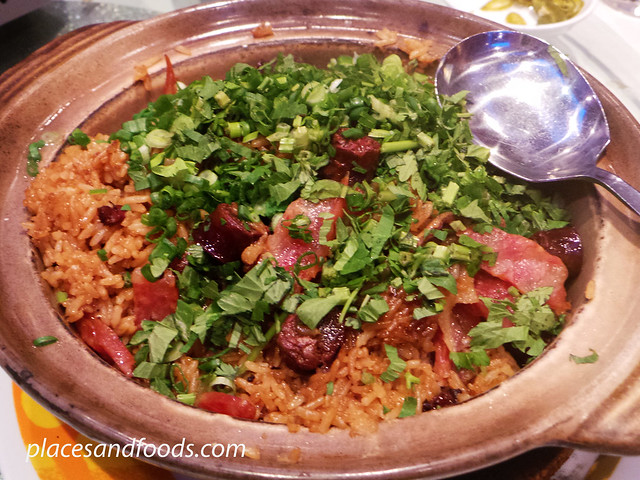 Claypot rice with wax meat and Chinese sausages is a popular CNY dish in countries like Malaysia, Singapore, Hong Kong and China.

On the Chinese New Year’s eve, it is the reunion dinner where family members gathered together for the celebration. The dinner is usually immense with a feast of scrumptious traditional food that includes dishes of meat such as pork, chicken and fish. Most of the dishes have Chinese food names with the context of happiness, prosperity, luck and goodness. An example is the longevity noodle that represents “long life”. There is usually leftover food that will end up in pot of vegetable stew. 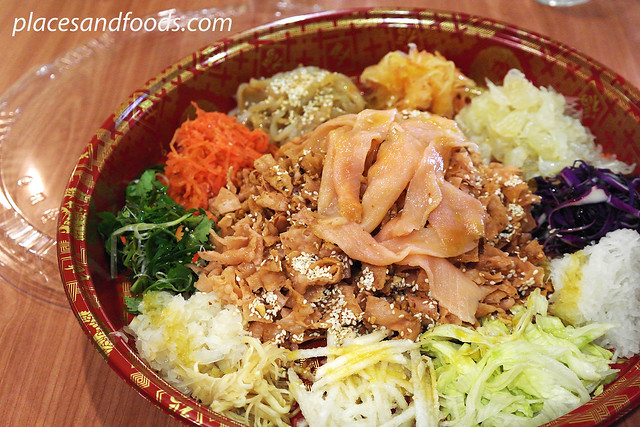 In Malaysia and Singapore, Chinese New Year is celebrated with a unique raw fish salad named “Yee Sang” or Prosperity Toss. The salad of shredded vegetables with sweet sauce, condiments and topped with strips of raw fish and sprinkled with lime. Traditionally the carp fish is used as the raw fish but now salmon is a more popular choice. You need to mix and toss the salad and say out loud “auspicious wishes”. Your growth of fortune will depend on the height of your toss and there should not be any leftover of the salad. 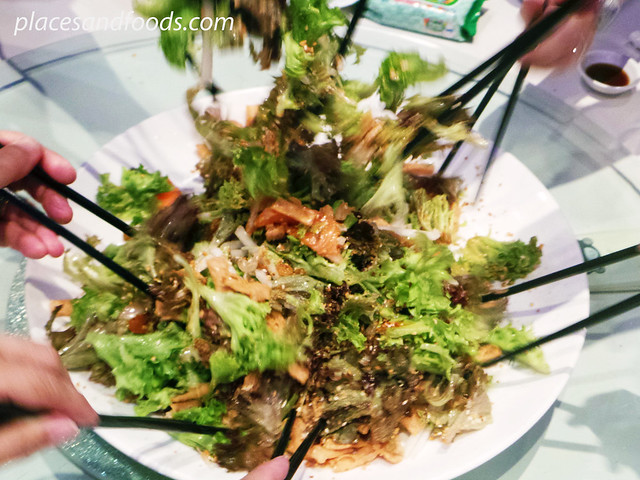 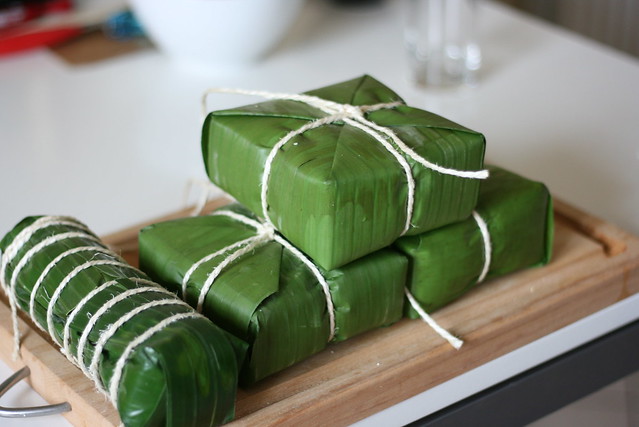 In Vietnam, they celebrate it as Vietnamese New Year or also known as Tết or “Tết Nguyên Đán and it is the most important festival in Vietnam. Uniquely, they celebrates it with Bánh chưng and bánh dầy, their version of sticky rice dumpling with meat or bean fillings wrapped in Dong or banana leaves. Most Chinese usually have them during the Dragon festival in the fifth month of Lunar calendar. Other popular food includes Hạt Dưa ( roasted watermelon seeds), Dưa Hành” (pickled onion and pickled cabbage), Củ Kiệu (pickled small leeks), Mứt: (Dried candied fruits)  are rarely eaten at any time besides Tết and Thịt Kho Nước Dừa  (Meat Stewed in Coconut Juice). 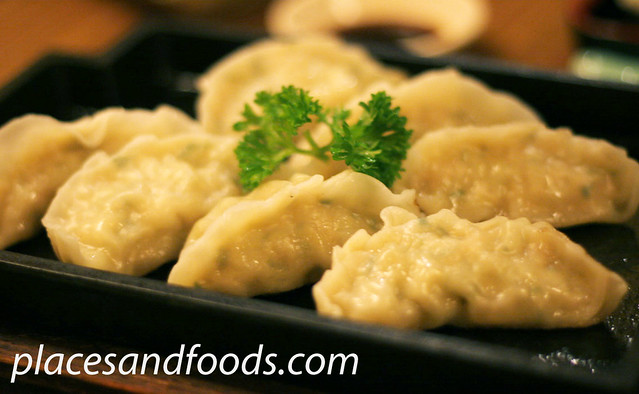 In Indonesia, they didn’t have any significant Chinese dishes but most of the traditions are passed on by generations from their origin in China. For those whose ancestors came from Shanghai they served egg skin dumplings similar to ingots and glass noodles to resemble silver chains as the festive meal. Apparently, bean sprouts are popular too due to the resemblance of “ruyi”, a traditional sceptre-like object that symbolizes a great way to start a New Year. 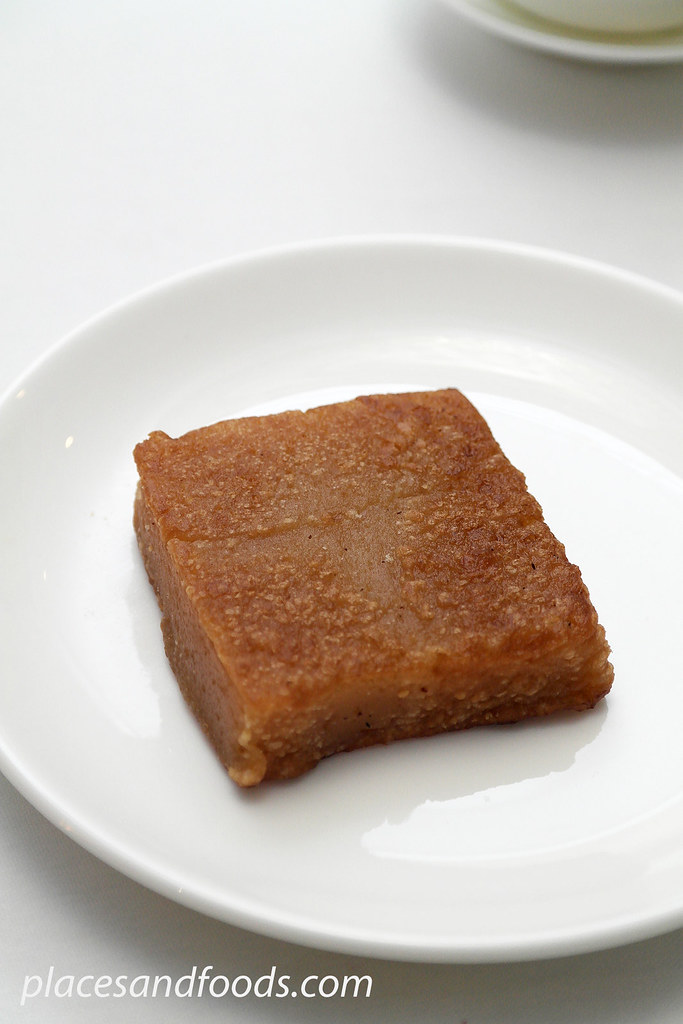 In Philippines, their popular Chinese New Year festive food includes Chinese New Year’s cake, nian gao which is made from glutinous rice with lard, water and sugar. Nian gao is usually brown in colour, sweet and sticky and it is an ideal gift for family and friends. It is called “tikoy”. “Pancit” or yi mien or better known as longevity noodle is a popular celebrated dish. The noodle symbolizes “long life” and can be found during Chinese New Year or birthday celebrations. 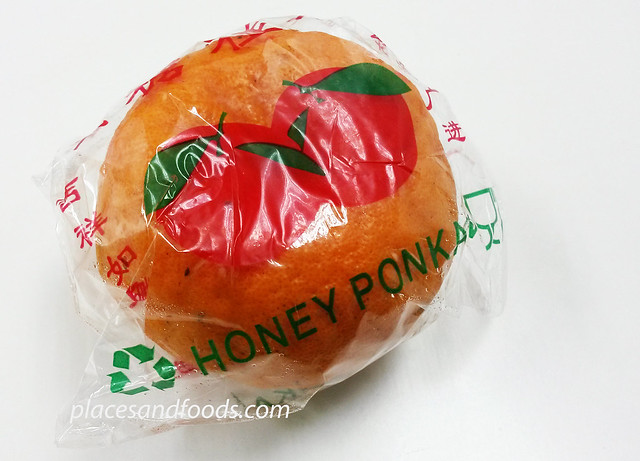 One of the most important festive food is the mandarin oranges. In Cantonese, the word “mandarin orange” sound similar to the word “gold”. Mandarin oranges are the perfect gift for guests, family and friends and it usually given in pairs for luck. Other popular fruits are pomelo and pineapple as it resembles the word for “prosperity” in Hokkien. 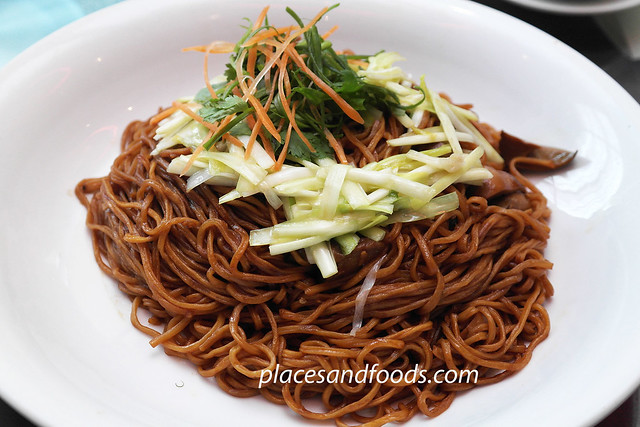 Sweets, candies, dried fruits, chocolates and peanuts are served in traditional Chinese box or tray. The “Tray of Togetherness” is an octagon shaped tray with eight compartments. The number eight means wealth by Chinese. Other festive food includes a whole fish, chicken, vegetables and dumplings.