Tourism Australia today announces the appointment of John O’Sullivan as its new managing director, following the departure of Andrew McEvoy to take up a new position at Fairfax.

Mr O’Sullivan joins Tourism Australia from Fox Sports where he is currently employed as Chief Operating Officer. Previously he held executive positions with Events Queensland (Chief Executive from 2010 to 2012), and Football Federation Australia (Chief Commercial Officer from 2004 to 2010) as well as the Sydney 2000 Olympic and Paralympic Organising Committee the 1995 Rugby World Cup and 1994 World Masters Games. He is also a current member of the Tourism Transport Forum Advisory Board. 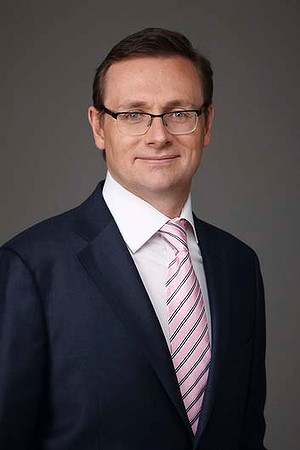 Tourism Australia Chairman Geoff Dixon said Mr O’Sullivan was an experienced and highly respected business leader, with significant tourism and events experience as well as a proven record of having managed large and complex organisations.

“We’re delighted to have found someone of the calibre and vision of John, who comes to Tourism Australia with a strong reputation for leading and developing high performing organisations.

“John has an obvious passion for our country and, combined with his deep industry knowledge, experience and skills, is ideally suited to lead an already strong team,” he said.

The Minister for Trade and Investment, the Hon. Andrew Robb AO said: “Andrew McEvoy has done a fantastic job for Australian tourism and can feel very proud of the outstanding contribution he has made in his four years leading the team at Tourism Australia. On his watch, he has helped establish a clear strategic direction for the industry.

“Australian tourism is growing, is well respected and more unified than it has been in a long time. It’s a good time to hand over the baton and, in John, I feel confident the Tourism Australia Board has found the right person to take things forward,” he said.

Mr O’Sullivan said he felt extremely privileged to have been given the opportunity to head up a Tourism Australia team which was deservedly viewed as one of the world’s most effective national tourism organisations.

“Having the opportunity to take on this position at such an exciting and pivotal time for the Industry is a great honour. I am looking forward to working with the team at Tourism Australia and across industry stakeholders, continuing to build on the momentum created to drive opportunity and growth towards 2020. Tourism is rightly starting to be acknowledged as a key driver of our country’s future growth and prosperity and I look forward to being part of that exciting journey,” he said.