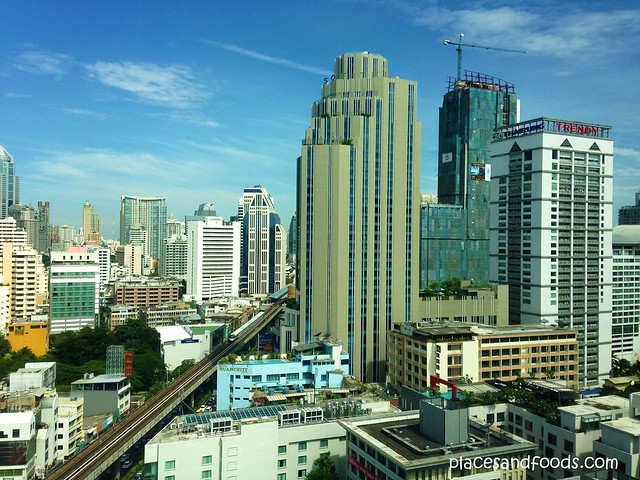 In preparation for the massive demonstrations in Bangkok, if it occurs as planned on 13 January 2014, several agencies have prepared measures as per the following:

Measures by authorities and private bodies

• A Tourist Care Centre will be set up at the Sports Authority of Thailand at Rajamangala Stadium in Hua Mark while a Tourist Care Unit will be opened at Suvarnabhumi and Don Mueang International Airports to coordinate with all concerned public and private agencies to provide assistance to tourists.
• A Tourist Help Desk will be set up at BTS skytrain Siam, Phaya Thai, Ekkamai and Wong Wian Yai stations and MRT subway Hua Lam Phong station. Each location will be manned by four Tourist Police officers.
• A Shuttle Bus pick-up point will be set up at Eastin Grand Hotel Sathorn, Imperial Queen’s Park Hotel and Twin Towers Hotel. Each location will have 1 bus, 2 vans and 1 boat on standby at all times.
• Frequencies of the State Railway of Thailand’s (SRT) train services from Don Mueang International Airport to Bangkok downtown, ending at Hua Lam Phong Station, will be increased to enable visitors and air passengers to connect to their destinations, using BTS skytrain, MRT subway and Suvarnabhumi Airport Rail Link services.
• Frequencies of the Suvarnabhumi Airport Rail Link services to and from the Makkasan City Air Terminal will be increased to 78 Express and 161 City Line trains per day. Journey on the Express Line takes 15 minutes while the City Line takes 30 minutes. Trains will run every 12 minutes during rush hours (06.00-09.00 hrs. and 17.00-20.00 hrs.) and every 15 minutes during normal hours.
• Volunteers and rapid Tourist Police units will be deployed to assist tourists who may require to travelling through the protest areas. In addition, accommodation near the airports will be reserved for tourists waiting or arriving late for their flights.

Measures by Suvarnabhumi International Airport:
• Air passengers are advised to allocate more time before flights depart or at least four hours and to avoid routes nearby and around the protest areas. Air travellers are also advised to use BTS skytrain, MRT subway, Suvarnabhumi Airport Rail Link and the SRT train services.
• To change routes for Shuttle Bus between Suvarnabhumi and Don Mueang International Airports to avoid possible blockade of roads in the protest areas.
• To appoint airport personnel and information boards to assist passengers using public taxi and airport limousine to avoid the protest areas.
• To operate the Long Term Parking area as a public car park and to provide Shuttle Bus services for those wishing to travel in and out of Bangkok, to and from nearby public transportation stations, such as, the Airport Rail Link, BTS skytrain and SRT.
• To set up a 24/7 Airport Operation Centre to assist and facilitate passengers at check-in counter row R, Departure Hall, 4th floor of the Passenger Terminal, Tel: 66 (0) 2132-9950 or 2, Fax: 66 (0) 2132-9951.
• To assign waiting areas for passengers missing their flights due to the travel uncertainties from Bangkok downtown.
• To deploy a group of facilitation personnel from the Tourism Authority of Thailand (TAT), the Association of Thai Travel Agents and the Thai Hotels Association to assist passengers near the AOT Information Counter, Arrival Hall, 2nd floor of the Passenger Terminal from 10 January, 2014.
• Contact: AOT Information Counters at Suvarnabhumi Airport or Call Center 1722.

• THAI has confirmed that it will operate as normal on 13 January 2014 with no flight cancellations, no unplanned flight delays and no reduction of staff in operational areas.
• Passengers can reach THAI through Facebook (www.facebook.com/ThaiAirways), Twitter (www.twitter.com/ThaiAirways), and website (www.thaiairways.com), or Call Center at 02-356-1111 for information.
• THAI advises passengers to leave for Suvarnabhumi Airport at least four (4) hours prior to their scheduled flight departure time to avoid arriving late for flights, due to some street closures.
• Passengers can check flight status at www.thaiairways.com, and choose Flight Info. Or, through the smart phone application THAI Flight Check at http://bit.ly/THAIflightcheck.
• THAI ticketing services at its headquarters on Vibhavadi Road and the Government Complex on Chaengwattana Road will close on 13 January, 2014 due to the planned protest in the areas.
• Other THAI ticketing locations in the city, including Larn Luang, Silom, and at Suvarnabhumi Airport are open as normal for business.

The ongoing anti-government demonstrations in Bangkok have been normal to peaceful and are mainly taking place at the Democracy Monument on Ratchadamnoen Klang Avenue. The anti-government demonstration group has announced plan to mount pressure on the Caretaker Yingluck Shinawatra Government to step down by organising massive demonstrations in a peaceful manner in Bangkok on 13 January 2014. The group has been organising a daily peaceful rally to different parts of the city since Sunday (5 January 2014).

Life in Bangkok and throughout Thailand continues as per normal. Local residents and foreign tourists are getting out and about with their daily schedules within Bangkok, as well as between the Thai capital and other Thai cities as per normal. All roads in Bangkok, excluding some lanes near the anti-government demonstration sites, are open to traffic at all times. Businesses, including banks, petrol and gas stations, hotels, spas, restaurants, entertainment venues, cinemas, convention centres, shopping malls, superstores, convenient stores, pharmacies, hospitals and the likes are open and operating as per normal. Telephone – landline and mobile – and Internet services are available 24/7.

All local and national events and festivals will be held as scheduled, including the Children’s Day on 11 January, 2014 and the Chinese New Year celebrations from 24 January to 4 February, 2014 at various major destinations across Thailand.

All means of transportation are open and operating as per normal at all times. In Bangkok, residents and tourists can use all public transport, including BMTA buses and vans, BTS skytrain, MRT subway, Suvarnabhumi Airport Rail Link’s express and city lines, State Railway of Thailand (SRT) train services, water-transport (ferries, boats, long-tailed boats and hotels’ converted rice barge cruises), and taxis. Elsewhere in the country, all means of inter-provincial transportation are also open and operating as per normal, including train services by the SRT and bus and van services by the Transport Co., Ltd.

All airports in Bangkok and throughout the country are open and operating as per normal.

Other major tourist destinations in Thailand

Air travellers with flights arrive in Bangkok (Suvarnabhumi or Don Mueang International Airports) can seek advice from the above airport or airline information counters. For those who wish to see Thailand’s wealth of cultural and natural attractions outside of Bangkok, they can make use of the many domestic flights to get to the following destinations directly:

Bangkok: For tourists visiting Bangkok, it should be stressed that tourists have not been targeted in the ongoing political demonstrations. Tourist attractions and activities in Bangkok and throughout the country are open and operating as per normal, but tourists are advised to be vigilant and avoid areas where crowds may gather. This is because there may be traffic disruptions or delays, thus causing inconvenience.

The TAT is closely monitoring the situation, and would like to inform tourists and the tourism industry that all concerned public and private agencies will exercise utmost efforts to ensure tourist’s convenience.

This story is reproduced from https://www.facebook.com/tourismthailandkul