There is a few popular food in Macau, pork burger, almond cookies and egg tarts. The egg tarts are often referred as Portuguese Egg Tarts and there is a significant different in terms of its look and its taste.

There are a few places for Portuguese Egg Tarts. You have the commercialize chain of shops like Koi Kei bakery and Choi Heong Yuen bakery but they are equally good if you compare the ones we have in Malaysia. The best of the crops though should be Lord Stow’s bakery and their first bakery is located at Colane Square and they are still around. Thus, they did their franchise too in countries like Hong Kong, South Korea, Japan and Philippines. 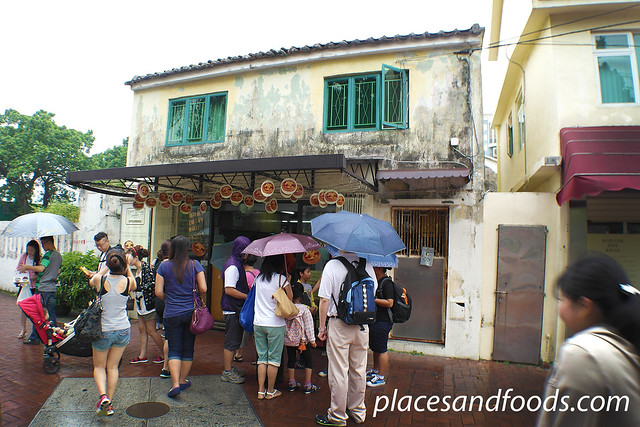 The bakery was founded by late Englishman Andrew Stow and his wife in 1989. Stow’s created the egg tarts with his secret recipe and over the years, it gained tremendous popularity. Lord Stow’s Bakery Portuguese egg tarts are considered the best in Macau now. 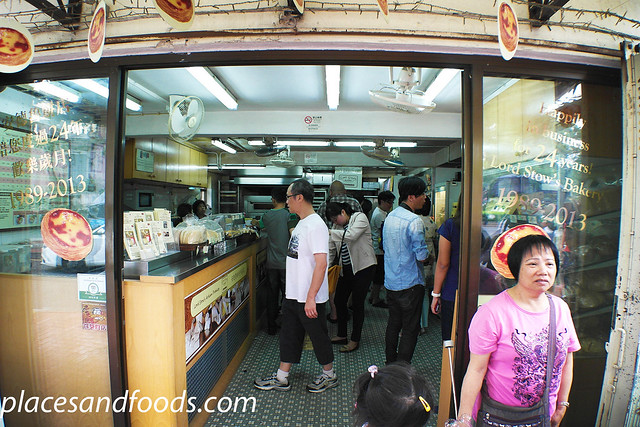 Their main outlet is located at 1, Rua da Tassara, Colane Square in a two storey bungalow-shop a-like building. It is hard to miss the place as there are always long queues even on rainy days. 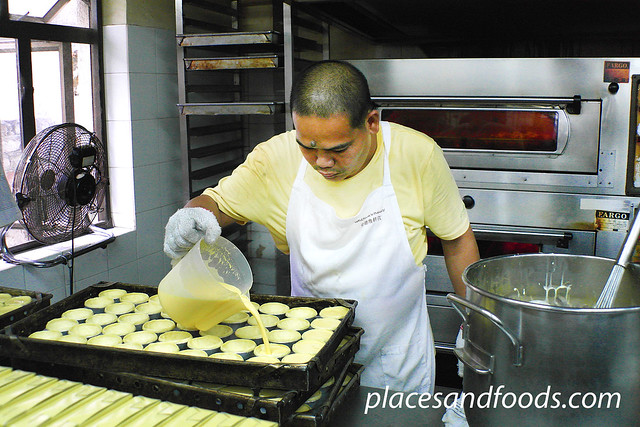 You won’t have a chance to see much but to order the tarts. There are dozens of people queuing behind me. Like Famous Amos cookies, you get free smell inside the bakery. 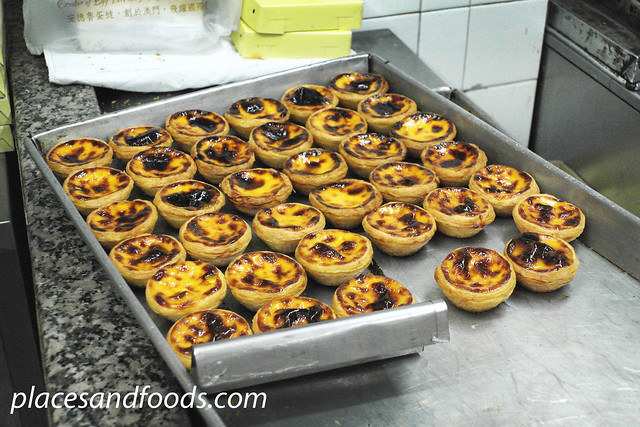 You get to see lots of action inside the bakery as the workers getting trays of egg tarts into the oven. While some of them, taking out the freshly baked tarts from the oven.

The egg tarts are sold at MOP 8 each and you pay MOP 45 for box of six. Hence, I bought 8 boxes of Portuguese egg tarts back to Malaysia. 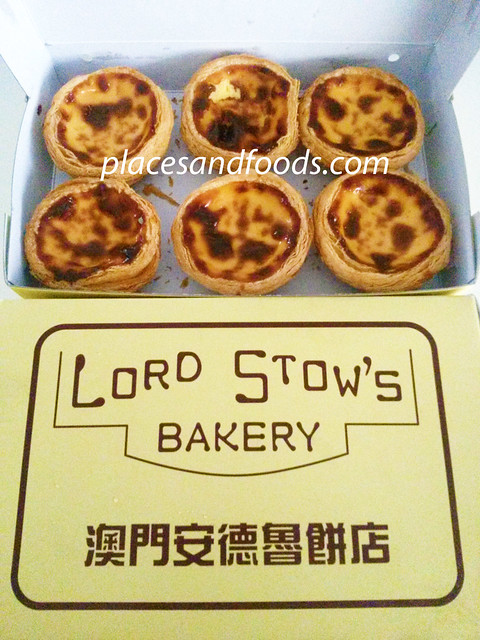 I stored most of the Portuguese egg tarts inside the fridge and after one week, I took them out and toasted them and it is still taste good (and please I do not encourage you to do the same thing as I did). Words can express how I enjoyed having these tarts and how tasty they are. Just remember to drop by to their shop or at Venetian for a memorable Portuguese egg tarts experience. If you never tried Lord Stow’s, you never had the real Portuguese Egg Tarts!