In March 2014, the Penang Second Bridge or Sultan Abdul Halim Muadzam Shah Bridge was officially opened. It connects Batu Kawan or Bandar Cassia in Seberang Perai on mainland Peninsula Malaysia with Batu Maung on Penang Island (near the Bayan Lepas Industrial Zone). The E28 or dual carriageway toll bridge is the second bridge to link Penang after the iconic first Penang Bridge. 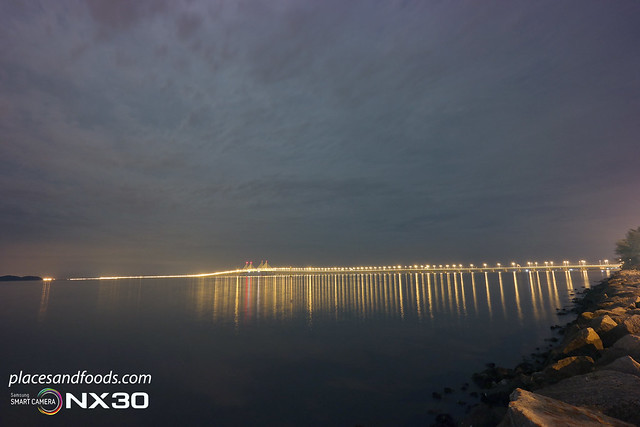 Last weekend, I went to Penang via the Penang Second Bridge and I must say, the design is nowhere near as spectacular as the first bridge. The length is incredibly long and you will be complimented with the beautiful view of this side of the island and Pulau Jerejak. 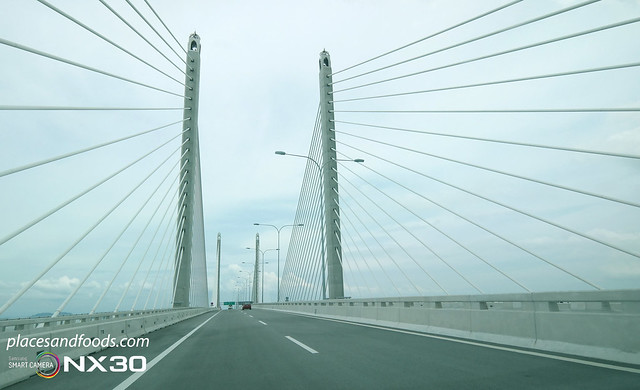 The toll charge is RM 8.50 per way but you will reach Batu Maung once you reach the island. The common sense is the bridge reduces the congestion of the first bridge and also strategically linked the industrial zone to the mainland. Hence, it will be easier for the trucks and lorries to use this lane and I prefer to use this 2nd bridge when travelling from South as the traffic was smooth. Travelling from Batu Maung to Georgetown is hassle free as well and it cut the travel time significantly. Another issue there is lack of road signs near the entry point of Batu Maung for the 2nd Bridge and there are road works near the industrial zone too. 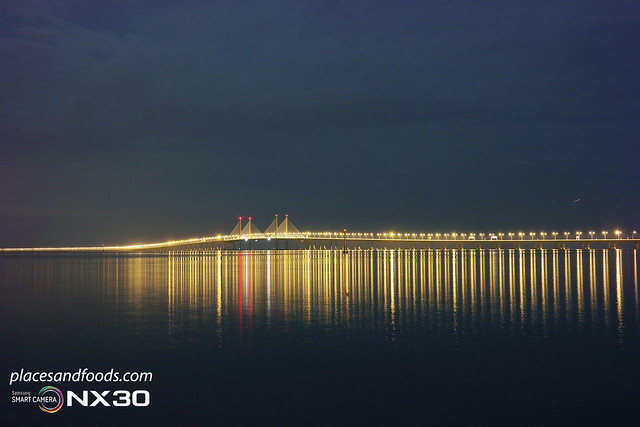 Since it is a new bridge, I went there in the evening and took a few shots with my Samsung NX 30. Not the best shots as some of the locals told me, not all of the lights of the bridge are lit on but well it still looks gorgeous. All of the shots are 30 sec long exposure shot with ISO 400 and aperture of 7-10. 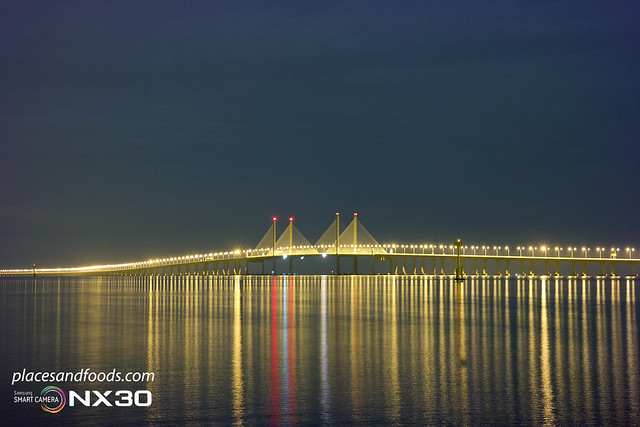