While most football fans are still having the AFF Suzuki Cup Final 2014 hangover on Sunday, 1600 pandas secretly made an invasion to Malaysia! Yes, 1600 Panda World Tour is finally in Malaysia and now in Publika! 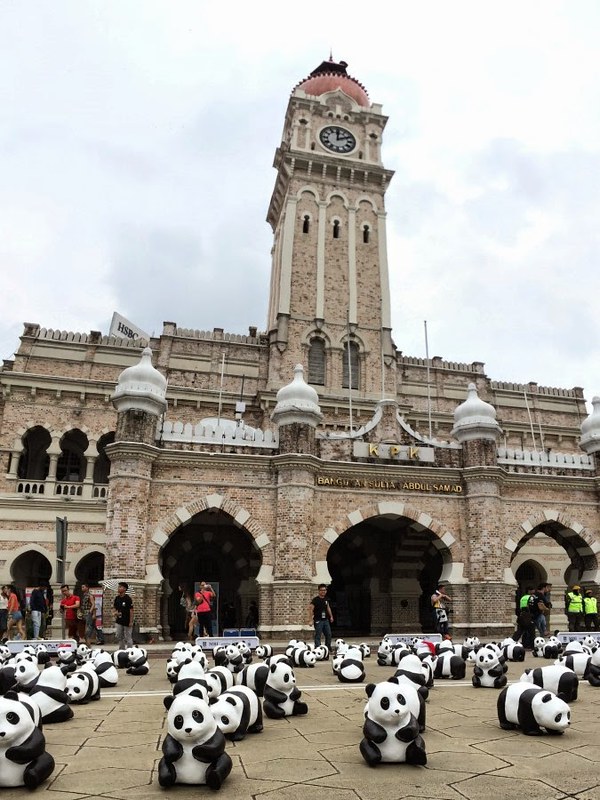 The invasion started at Dataran Merdeka on Sunday with 1600 pandas and gosh they are cute. I wasn’t there because of my parental duty but buddy blogger Jean was there. 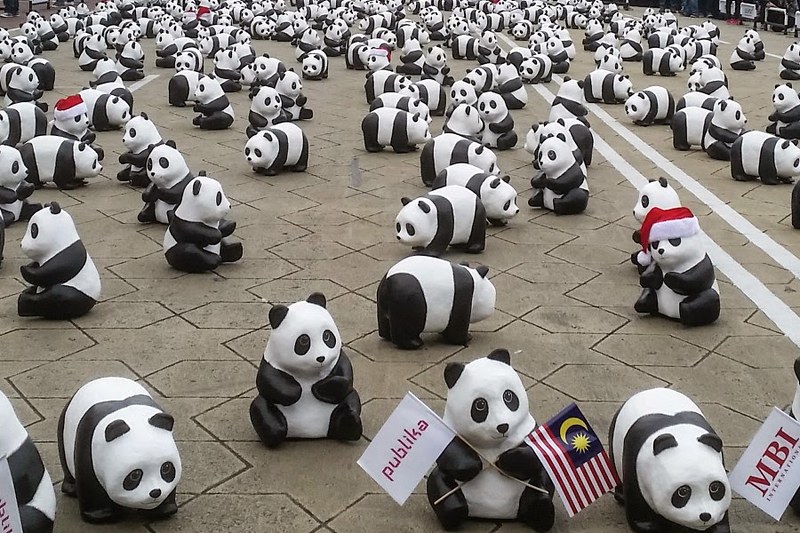 For those who didn’t know about the origin of this pandas, it is created by Paulo Grangeon. He worked with WWF to start the project as the “1600 Panda” conversation exhibition world tour since 2008. To create the 1600 pandas, they hired a team of women in Thailand and the pandas are made with 3mm paper and glued with cooked rice glue. 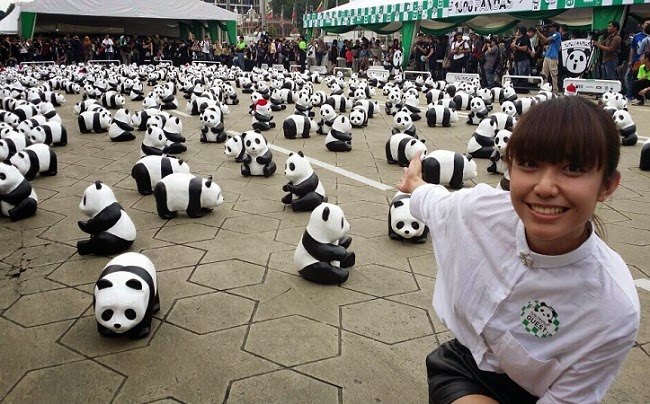 (MyFM Wayne at the event, I met her recently in a party and she is one humble and friendly person)
Since then, the 1600 Panda has travelled to France, Netherlands, Italy, Germany, Taiwan and Hong Kong with more than 100 places. Malaysia is the Asia’s third stop after Hong Kong and Taiwan.

Well, we all know that the 1600 Panda flashed mob in Dataran Merdeka and I missed the event but I have listed the confirmed dates and venues of the 1600 Panda Malaysia tour so you can catch it. 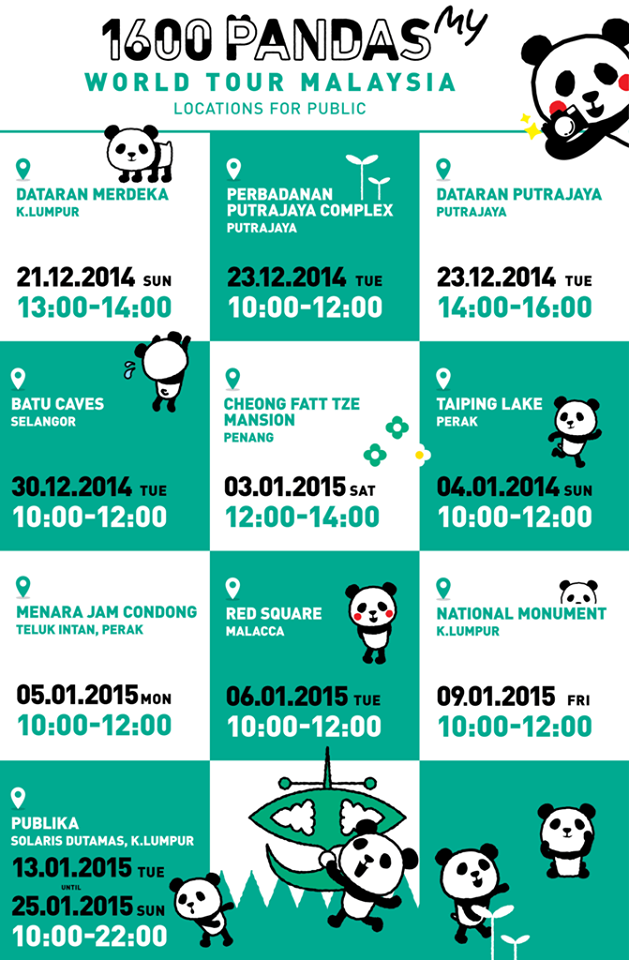 The confirmed 1600 Panda schedule with location, date and timing includes: 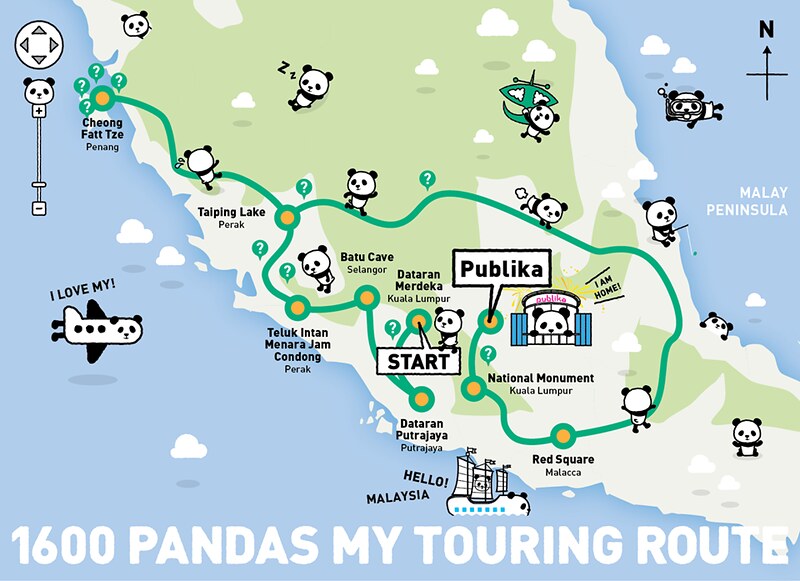 For more info visit https://www.facebook.com/1600PandasMY and pictures are credited to http://www.j-e-a-n.com/ 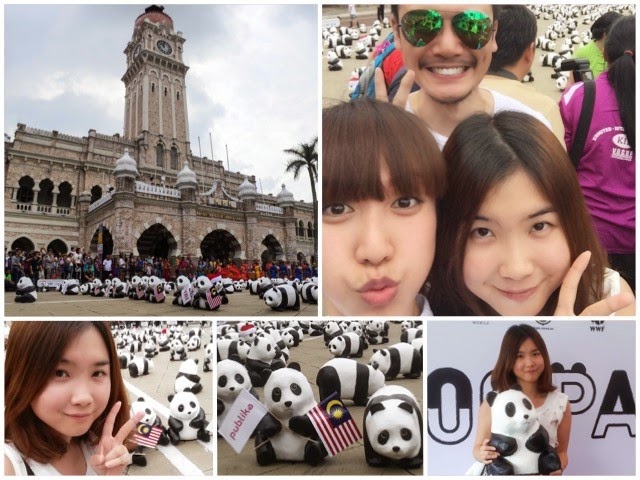 (Jean and MyFM Deejays at the 1600 Panda Invasion)
This informative post is not a sponsored or paid post.

2 thoughts on “1600 Panda Invasion in Malaysia”