I have been reading reviews online and there is one char kuey teow stall is named as the best char kuey tow in Penang. Most of them recommended Tiger Char Koay Teow. Apparently the name “Tiger” is named after the owner and it is located at Kafe Ping Hooi, 179, Carnavon Street, 10300, Georgetown, Penang. 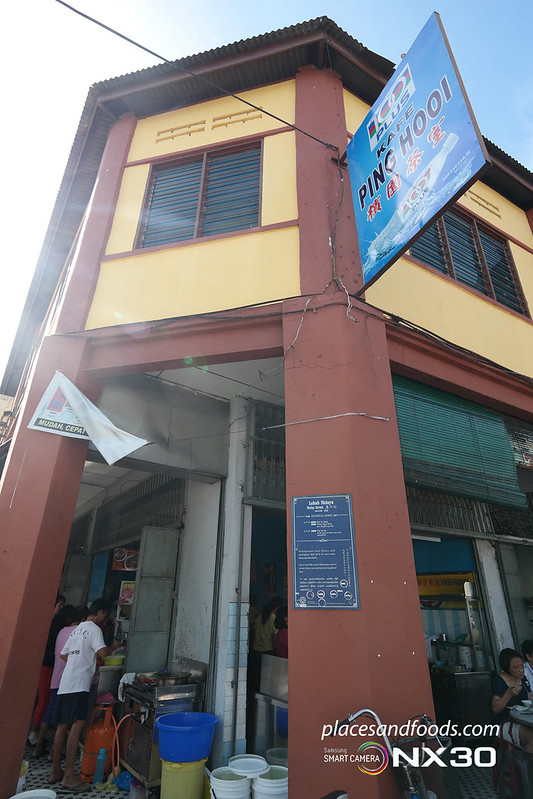 Since it is popular now, it is hard to even to get a seat in the restaurant. Remember to order first as it might take ages! The price has gone up too! From RM 4.00 a plate to RM 5.00 a plate now for a small plate size of char kuey teow. 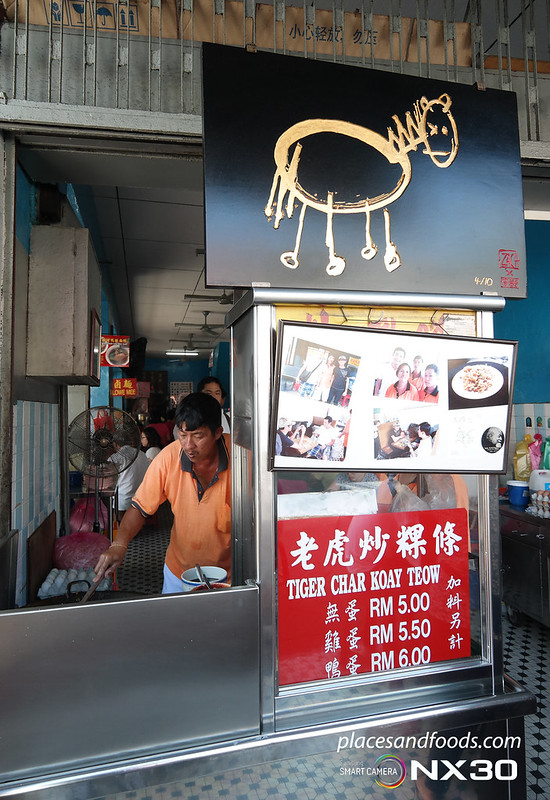 I ordered the RM 6.00 char kuey teow and I waited for 15 minutes (not too bad). Maybe I went there early around 10 am but the restaurant was packed. 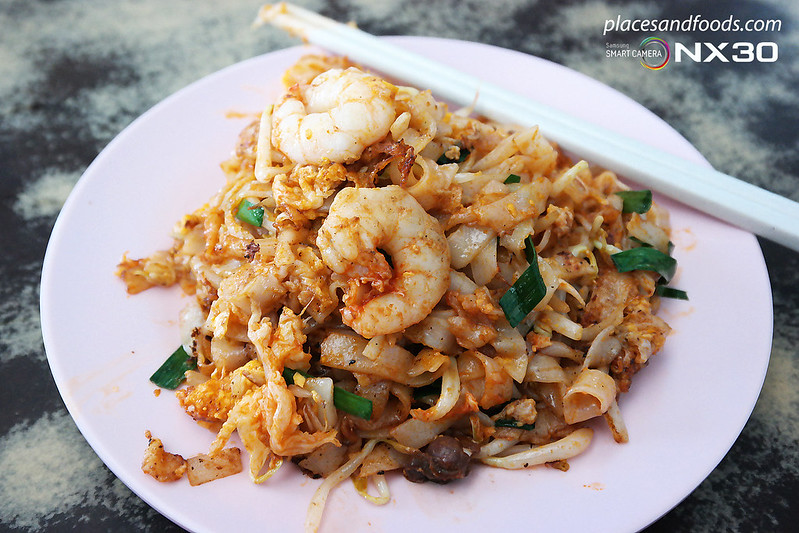 Okay, the char kuey teow comes in a large portion of kuey teow. I counted and there are two large prawns and a few siham (cockles, the black clams).

How is the taste?

Despite its popularity and its “anchua anchua” (big fuss) reviews I read and heard, the char kuey teow is disappointing. The kuey teow is too soft and siham is overcooked. Overcooked siham has this “rubber alike texture” and it shrinks. Well, “wok hei” (wok heat) but the taste wasn’t flattering at all. I went there with a friend and he agreed with me. It wasn’t impressive at all. I thought the nasty sisters from Lorong Selamat did a better job than this? 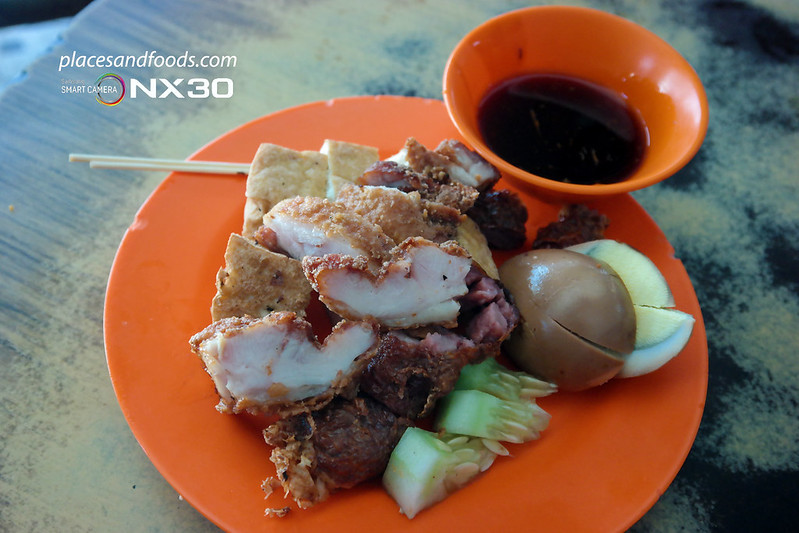 I didn’t finish the kuey teow and ordered the loh bak instead. Loh Bak impressed me more than the char kuey teow. To be frank, I was disappointed and I don’t mind paying more.

Will I go back again? Yes, for the Loh Bak and the awesome looking Loh Mee.

My review on Tiger Char Kuey Teow is based on my personal preference and it might be different to others and this is not a sponsored post.