Tokyo is well known for its large network of trains and there are thousands of commuters traveling by trains during rush hour. There are many videos on how commuters are pushed into trains and cramped like sardines in cans.

You might have seen it on TV, in movies or even on Youtube or Facebook and I can tell that the videos are real. For the past few days I have been traveling on trains in Tokyo and during rush hour, the trains are packed with commuters. 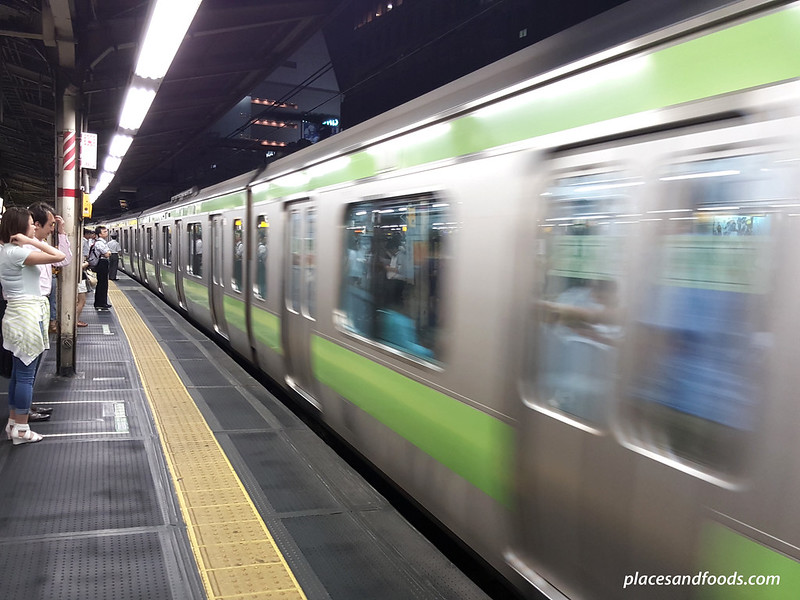 We probably seen it too many times on TV, movies or even on Internet but is it real? Are trains in Tokyo really that cramp during rush hour? Are the videos fabricated or created just to be viral? Since I was in Tokyo and I had to take trains during rush hours, I got to experience what it is a real rush hour. There are two rush hours a day, one in the morning before 9 am and one after in the evening after work around 5 pm. According to my friend who is also local tour guide, the rush hour in the morning is more “intense”.

Have you seen people tagging into the station seamlessly, if you have not check out the video. This is really “touch and go” and there are probably over thousands commuters tagging in and out in just minutes. 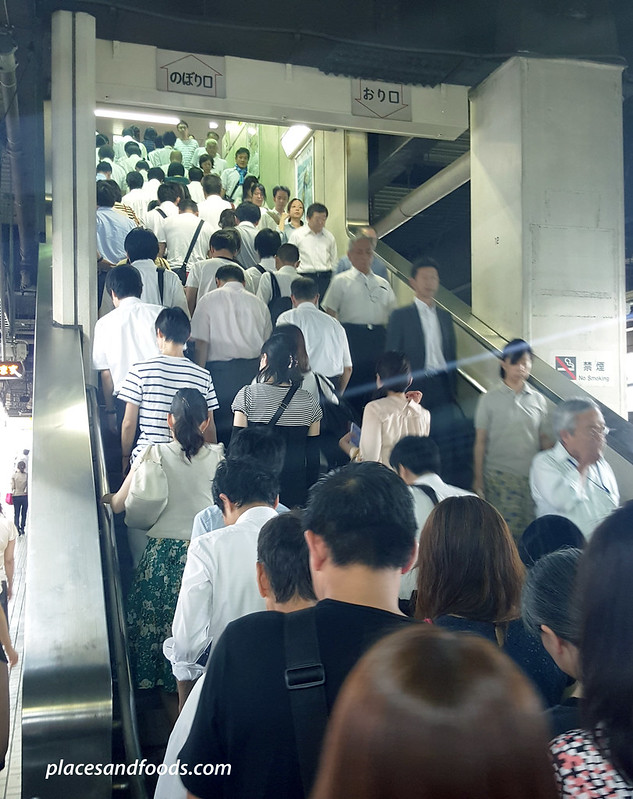 There are hundreds of commuters walking up and down the stairs getting on to the train platforms in minutes. All of them queue up even though they look like rushing to their workplaces.

Getting on the train is vital so they rather cramped onto the train rather than waiting for the next train. Even though the next train is just minutes away but they are packed like the earlier trains. 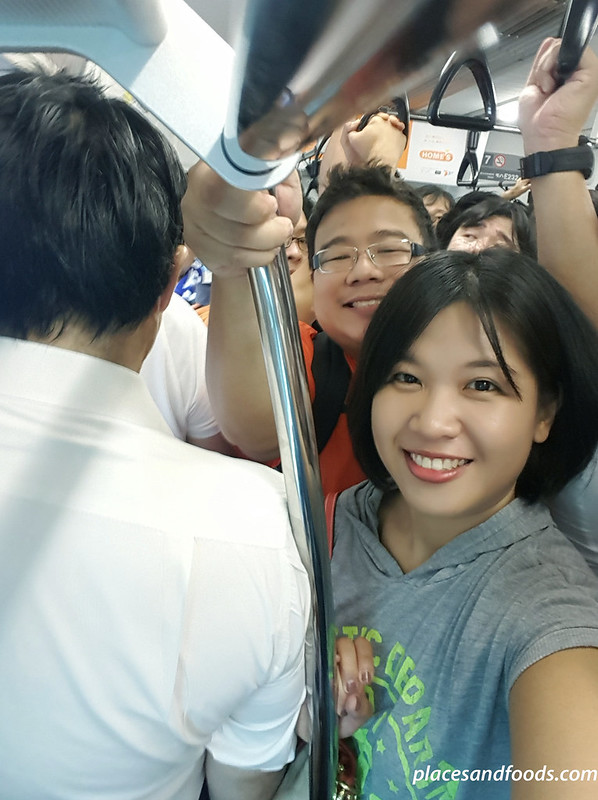 I hop on the train and pushed in and cramped with my friends. This is new to me but not the local commuters. Everyone was packed in the train and men are not allowed to have both hands down. It is true there are many cases of molestation in train so it is advisable for men to have at least one hand visible. There are signs on trains on such rules and I am not making it up but just that I was too cramped to take picture of the sign.

It was a great experience nevertheless. I never had such experience in Osaka or Kyoto and only in Tokyo. This is a daily routine for locals in this busy city of Tokyo.

This trip is sponsored by Wendy Tour Malaysia, I went to Akita and Tokyo,  visit their latest Japan tour packages at https://www.facebook.com/wendytour.to.nippon