This is the second time Liverpool FC played in Malaysia in recent years after 2012. As a long time Liverpool supporter since 1990s, this time I got invited by Baskin Robbins and Dunkin Donuts to watch this game with my friend. To make it sweeter, they arranged me for the “Meet and Greet” session with Liverpool players a few days ago.

For those who didn’t know, Baskin Robbins and Dunkin Donuts is one of the official global partners of Liverpool FC. The brands have been promoting heavily in a few countries in Asia thru contests and winners from Asia had the opportunity to watch the game as VIPs. 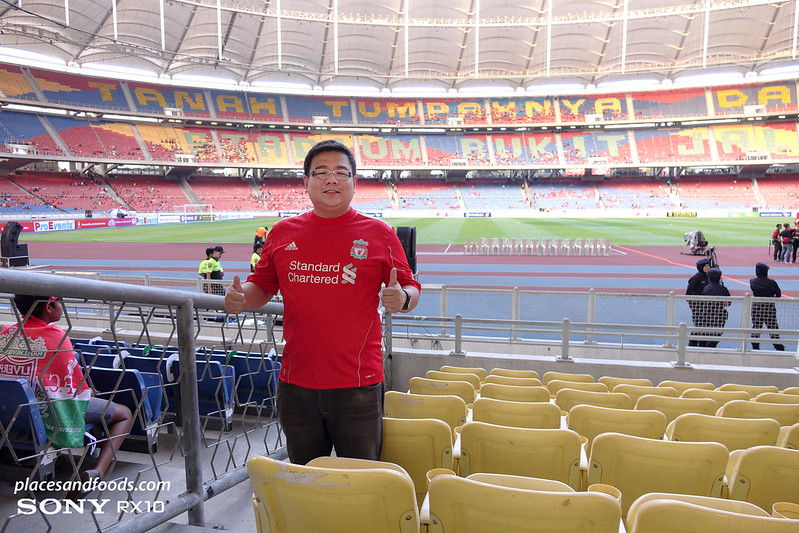 With the VIP seat, I get to see the game as close as possible as well as meeting some of the local celebrities and football legends.

During half time, we are entitled for a Malaysian style buffet at the lounge with other VIPs. This is my first time experience watching a football match as a VIP and it is truly a memorable experience.

For the game, Liverpool kept most of the balls possession but it was Malaysia who scored first. The Reds were stunned but they bounced back with the equaliser from Jordon Ibe. 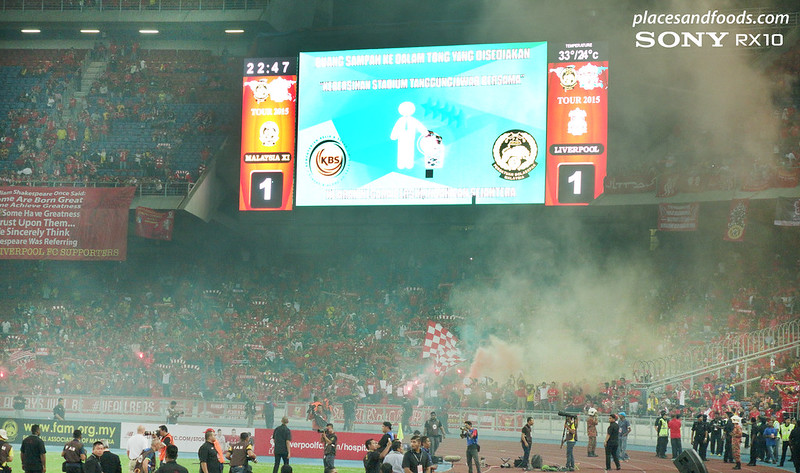 The second half saw the Reds attacking the Malaysia Selection XI with many shots on goal but in 93 minutes Malaysia XI almost upset the Reds with a great counter attack but the shots were well saved by the new Reds keeper Bogdan. 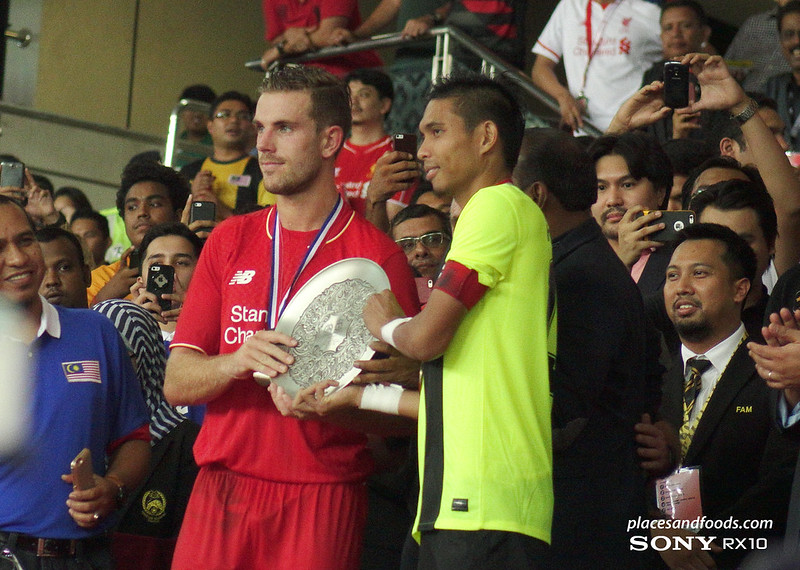 It was an entertaining match and I enjoyed the game. I hope to watch the live game in Anfield one day. Once again, thank you Baskin Robbins and Dunkin Donuts for the VIP tickets. You Never Walk Alone.