Dinner and Audience with Gary Rhodes in Hilton Kuala Lumpur

Gary Rhodes is a household name in England. He is an English chef, popular with his British cuisine and also a recipient of OBE (Order of the British Empire). He appeared in many TV shows such as MasterChef (UK), MasterChef USA, Hell’s Kitchen, Rhodes Around Britain and many other shows. He is the food ambassador for British cuisine and he is love to promote English produced food. 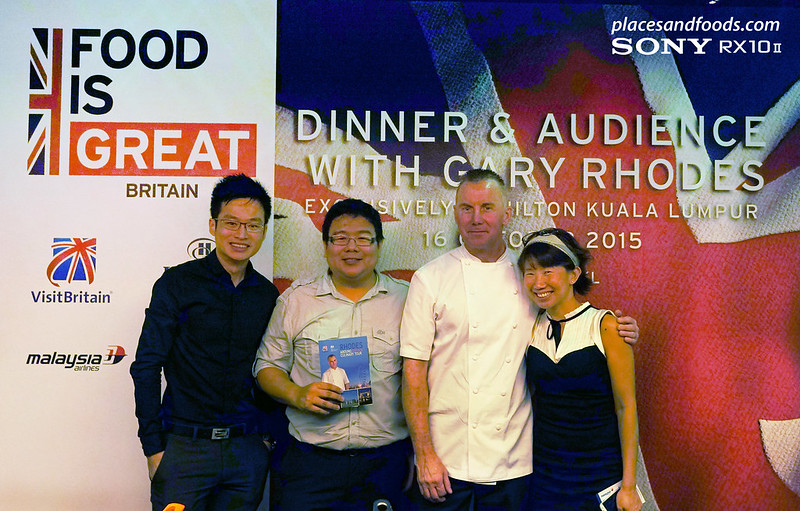 I was invited by Malaysia Airlines together with other influencers such as KampungBoyCityGal and MissyBlurKit. This was our first time meeting and dining with Chef Gary Rhodes.

The dinner started off with the appetiser from “The Sea”. 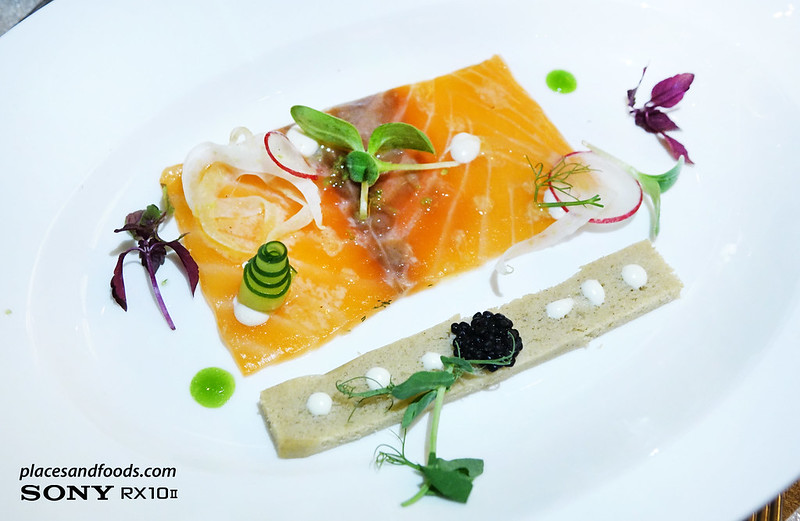 Next, was the “The Ground”. 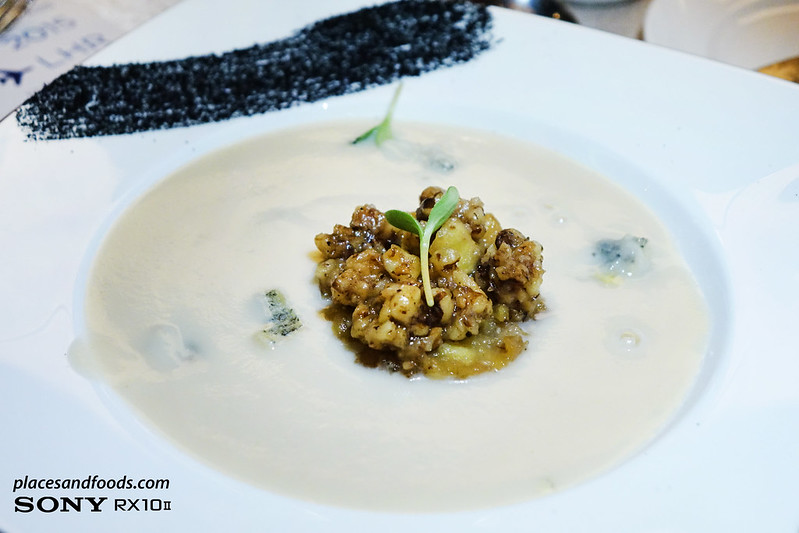 “The Ground” is the Organic Celeriac Soup paired with Ohau Vineyards Magenta Rose 2011 of Kapiti Coast, New Zealand. I love the taste of the soup and how it plays with the crunchy texture of walnut. 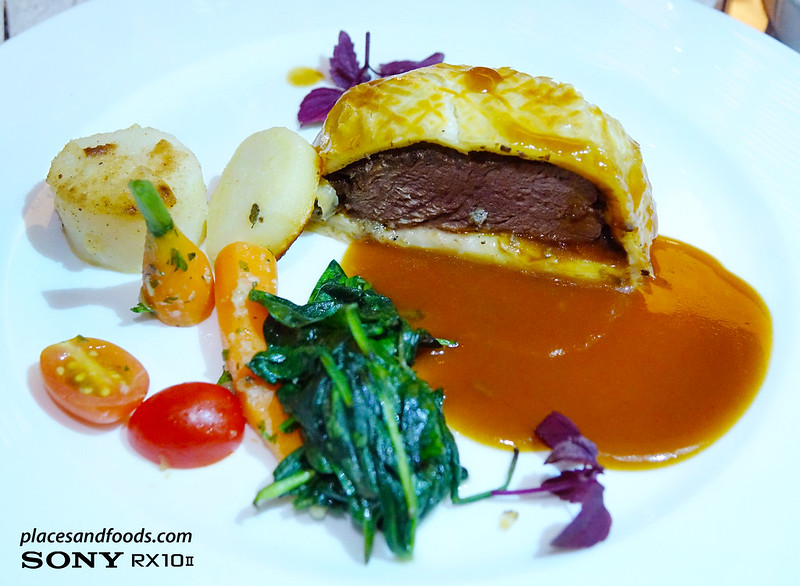 “The Land” is the Classic Beef Wellington and it comes with mushrooms, pommes fondant, baby spinach, glazed carrots and jus and paired with Mitolo Angela, Shiraz 2013 from McLaren Vale, Australia. This is one of the best Beef Wellington so far and there are not many people out there can perfect this dish. 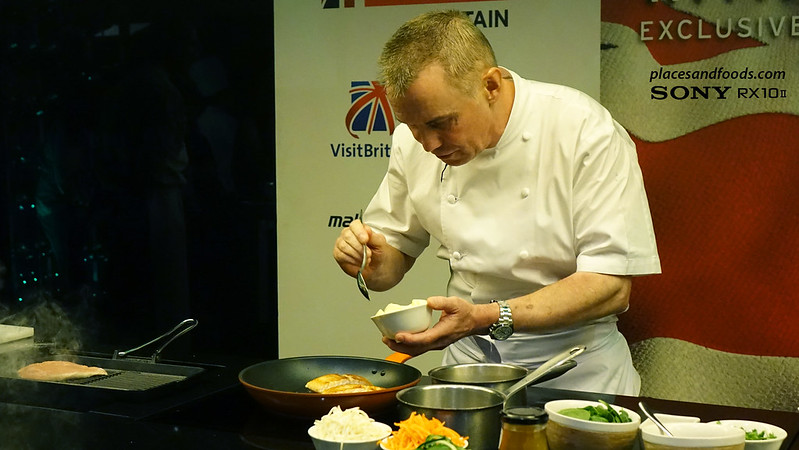 After the main, Gary Rhodes surprised everyone with a live cooking demo. He cooked three dishes: pan seared salmon, grilled chicken and berries tart. I’ve recorded the full session of the cooking demo and please watch and subscribe to our channel on Youtube.

He emphasized on fresh ingredients in cooking as well as some techniques in cooking the fish and chicken. 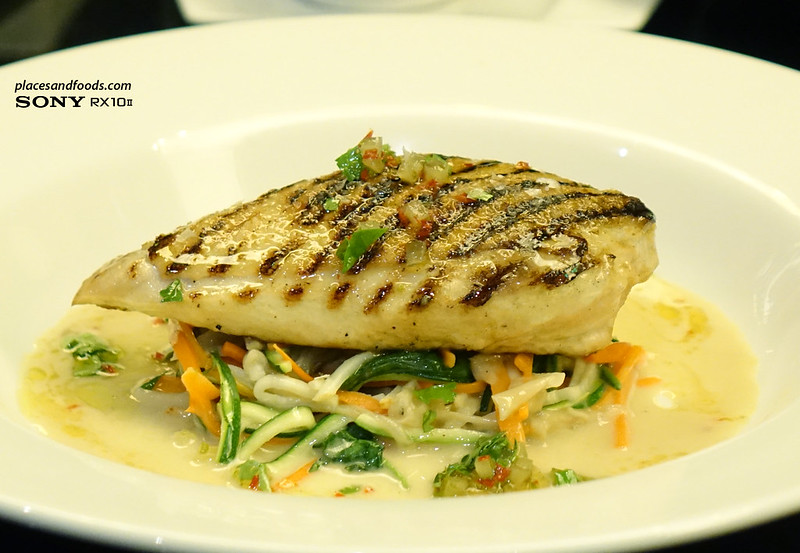 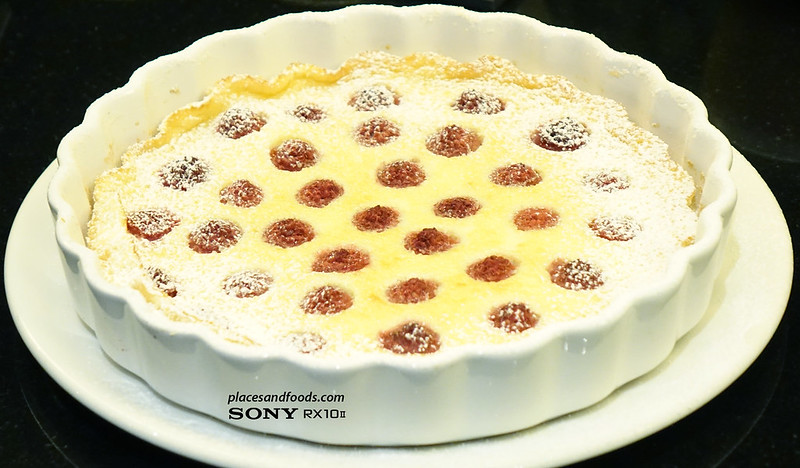 After the mains, guests were ushered out of the dining hall to the foyer where Gary Rhodes shared a session showcasing his culinary mastery. He demonstrated three simple dishes: pan-seared salmon, grilled chicken and a berries tart. He made everything looked so easy to prepare and explained that the simplest freshest ingredients were all that are necessary for great tasting food.

Lastly, we had the dessert called “The Mess”

Deconstructed Eton Mess with Wooing Tree Tickled Pink Late Harvest Pinot Noir 2012 from Central Otago, New Zealand. The presentation with white and red reminds me so much of Christmas. The taste of the dessert wasn’t too sweet and it was the perfect ending for the 5 course meal. Of course, tea or coffee is served after the dessert.

It was a delightful evening with lots of laughter and good food. Gary Rhodes is not just a great chef and also a good entertainer too. He shared so many stories on his passion in cooking as well as promoting Great Britain’s own produce. 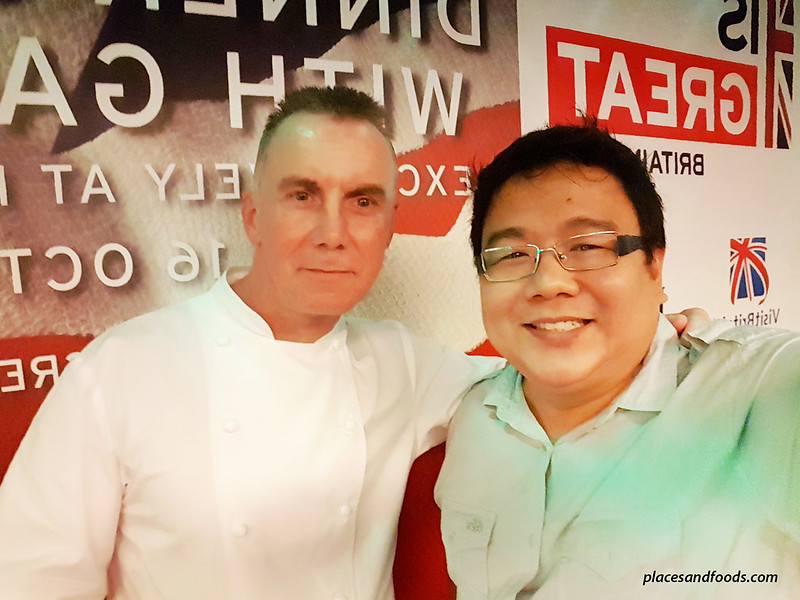 Lastly, thank you Malaysia Airlines for inviting us for the dinner and also meeting Gary Rhodes in person. Hope to visit Gary Rhode’s Michelin Starred Restaurant in UK one day.