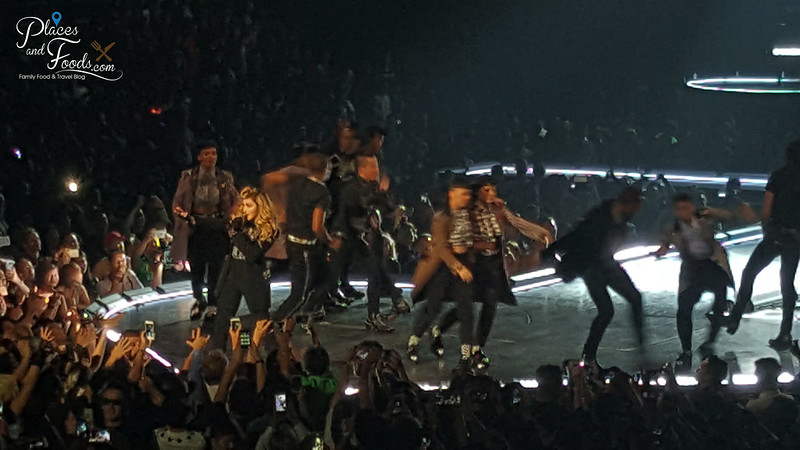 China is not part in the list due to strict rules and regulations as rumoured and same goes to Malaysia and Indonesia.

The Madonna Rebel Heart Tour Bangkok is presented by Singha include two nights of performances at IMPACT Arena Bangkok. The tickets are from 2000 Baht to 16,000 Baht. Both nights are sold out event. 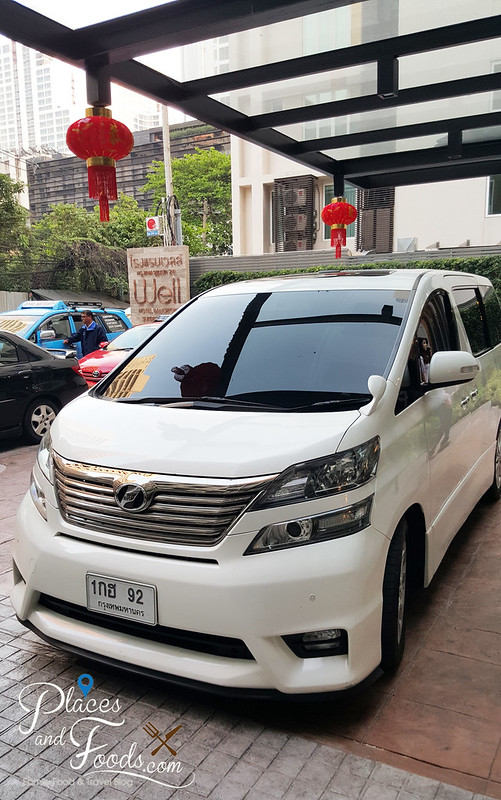 We were invited by Singha to watch the Madonna Rebel Heart Tour live in Bangkok together with other influencers from Singapore, Taiwan and Hong Kong. Thus, we received VIP tickets worth 12,000 Baht each with transportations from our hotel, flights and accommodations. 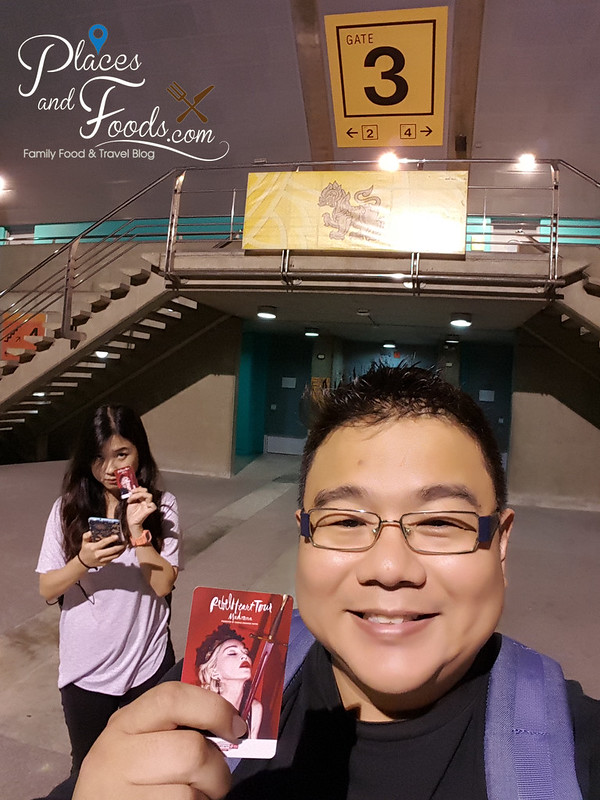 We grew Madonna’s songs from young and we do follow her from time to time. For us, this is such a great opportunity and also dreams come true to watch her concert live. 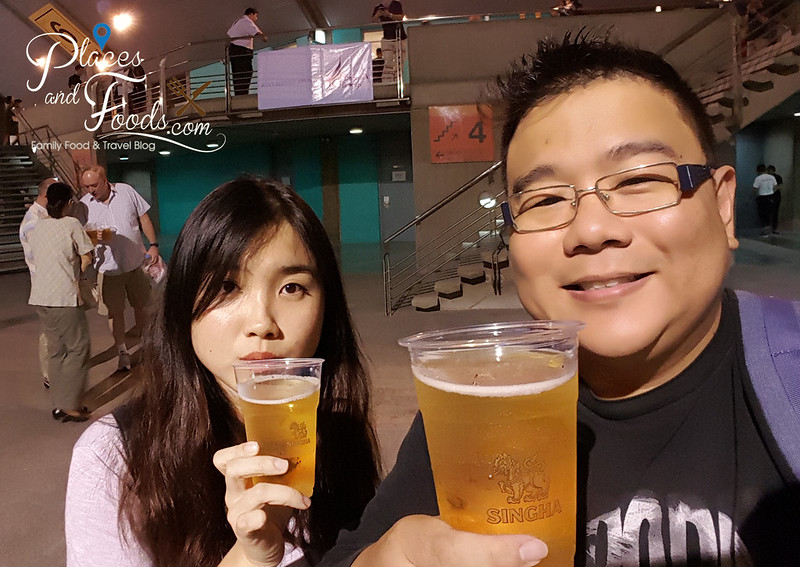 Before we went into the arena, we had some time chilling with some icy cold beer by Singha. 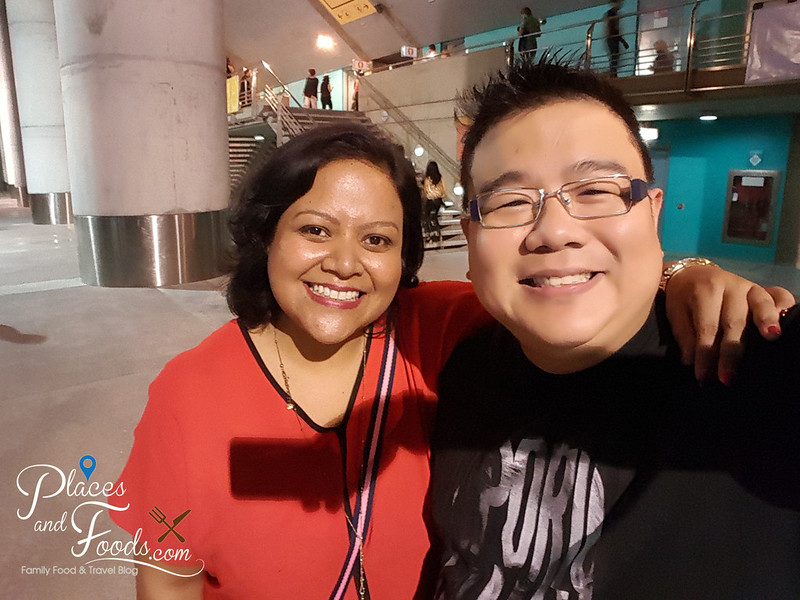 Thus, we found out that our friends from Malaysia actually flew in to Bangkok to watch Madonna too so it is a must we take a selfie. 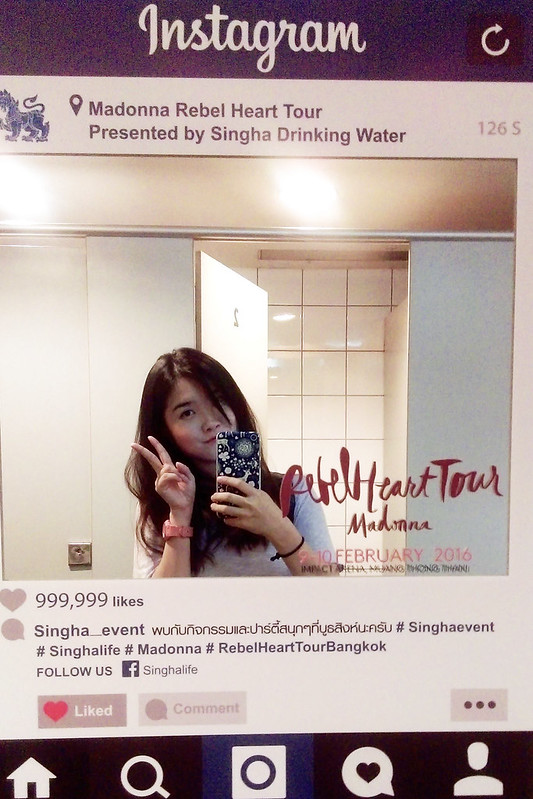 There were many people who dressed up for the concert too and it is so cool how they decorated the women washroom for them to hash tag and take pictures. 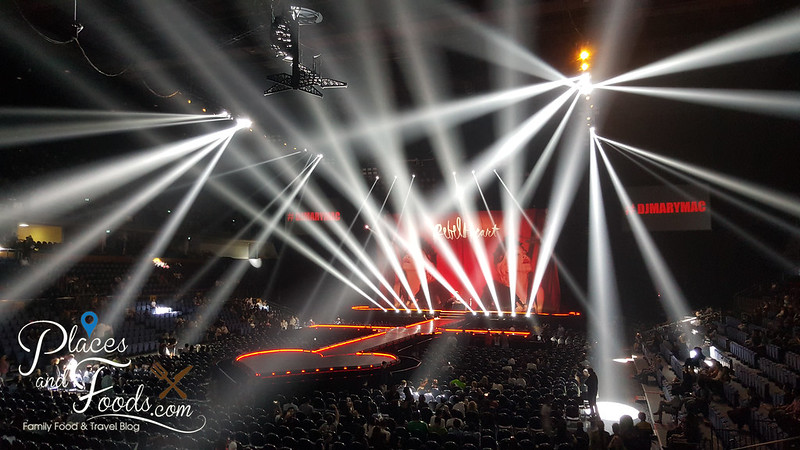 The Madonna Rebel Heart Tour Bangkok started with one hour of DJ spinning by DJMaryMac. This keep the crowd in the mood before Madonna blast the roof. 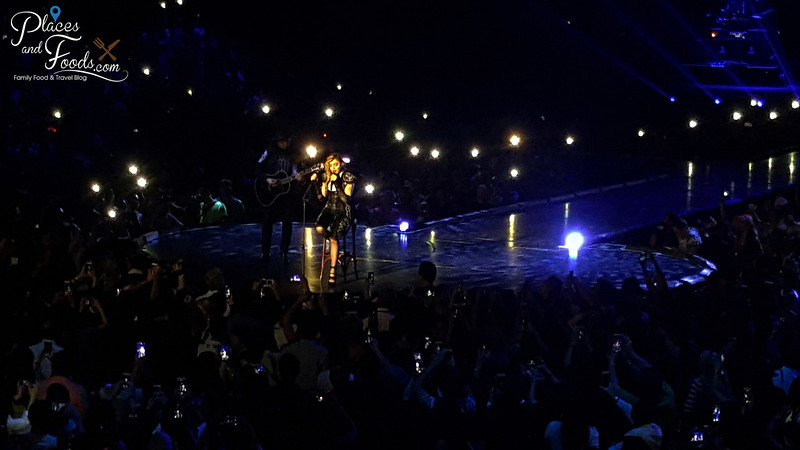 Once “The Queen” Madonna enters the arena, the crowd went wild. It was two hours of superb performances. Madonna sang more than a dozen songs with lots of props, costumes as well as dancers.

It is not just the songs that captured our heart but also the light and the sound effects. That’s why Madonna Rebel Heart Tour tickets are sold out because it offers a “total experience”.

There were many fans who danced all night long and the experience was unbelievable. We never had watch such a great concert for a very long time and this is a lifetime experience.

The Madonna Rebel Heart Tour Bangkok by Singha is not just targeted the locals but also tourists who flew in for the concert. There were quite a few Malaysian celebrities in the concert as well as other stars from Indonesia and Asia. Kudos to Singha for bringing such a big International star to perform in Bangkok and it is not just about the concert but also bringing tourists revenues to the city and the country.

We would like to thank Singha for the VIP treatment and experience. This is one experience we will cherish forever.