For the past few days, everyone is trying to get the cheapest air fares to go back home and vote for Malaysia General Election 2018 or also known as GE 14. The GE 14 will be held on Wednesday, 9th May 2018.

AirAsia and Malaysia Airlines took the initiative to waive the flight change fees for Malaysians with existing bookings.

You can read the press release from AirAsia here and Malaysia Airlines official posting here.

Please take note that the flight change fees is waived but other additional costs still remains and we hear that the airfare tickets during the Malaysia General Election dates have sky rocketed. This is common as when the supply is over demand and similar to peak seasons such as Hari Raya or Chinese New Year. Many are not happy with the high airfare prices during the GE14 period.

Just one hour ago, AirAsia Group CEO Tan Sri Tony Fernandes announced on his Facebook post that he will try to have fixed rates on the 8th and 9th for AirAsia domestic flights for Malaysians to go home and vote. This is not fake news guys and you can read the whole statement as below and the original post is at here.

Not our full responsibility but we will do our bit. We will freeze whatever capacity we have and have fixed fares on the 8th and 9th to allow people to have low fares to go home and vote. And put on extra capacity using whatever planes we have if the demand is there . Fares to sarawak will be RM 120, fares to Sabah 199. fares to west malaysia RM99. Maybe malaysian airports can give free airport tax. Thank the guys below and my ops team pilots and crew and guest Happiness who will be working flat out to get this done. – Tan Sir Tony Fernandes 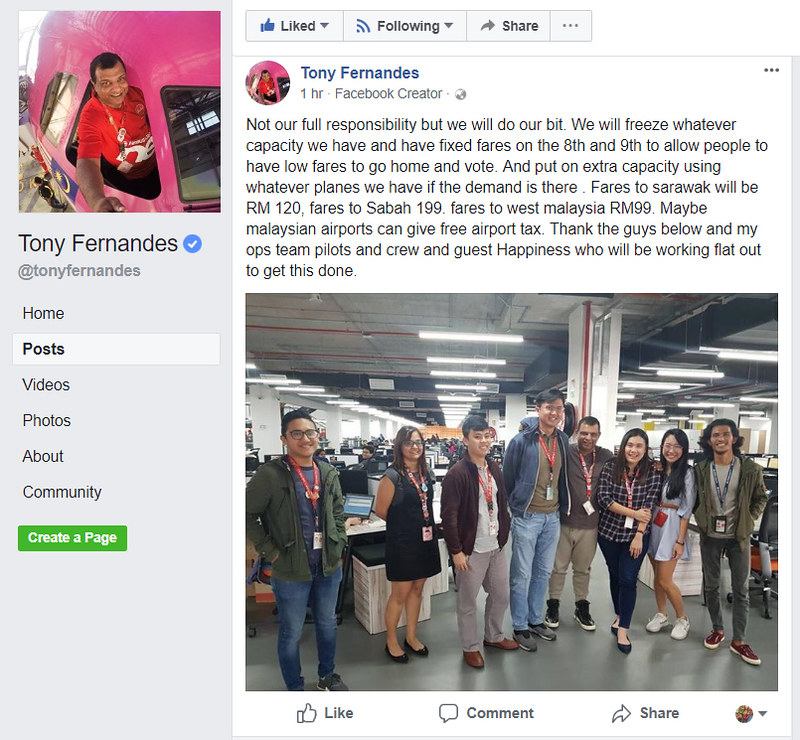 After he announced it on his Facebook, many expect it happens immediately. Like what he mentioned he is trying to get this done so he needs time. 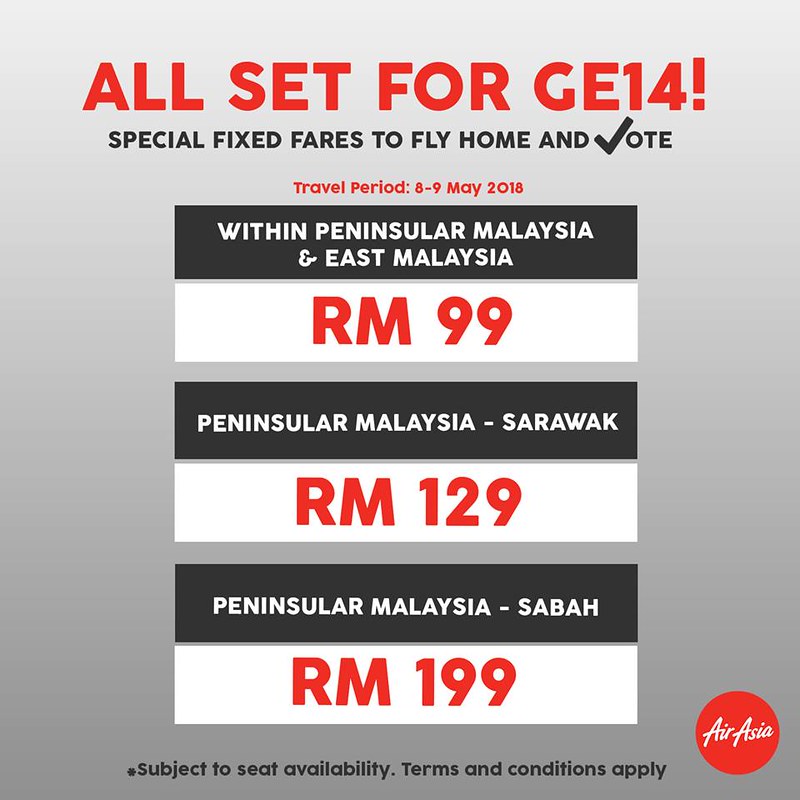 You just have to respect Tony Fernandes for his efforts to help out Malaysians to go home to vote. It is not an easy task but he is going to try it. We just have to wait for the official confirmation again and maybe you guys should follow his Facebook at https://www.facebook.com/tonyfernandes/