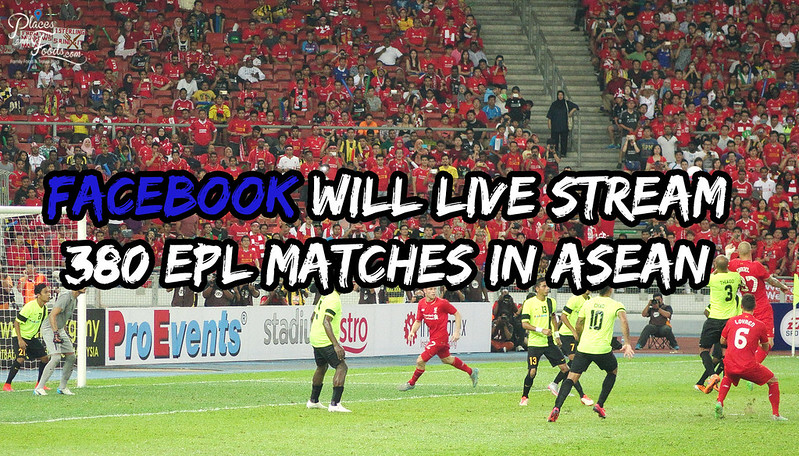 Facebook wins £200m battle for broadcast rights for exclusive rights in Thailand, Vietnam, Cambodia and Laos between 2019 to 2022. Thus, they will live stream all 380 English Premier League matches starting from next season until 2022.

This means if you are living in Thailand, Vietnam, Cambodia or Laos, you can watch English Premier League on Facebook via your phone or your desktop. How cool is that?